A Journey Together: Oncology Nurse Turned Patient Balances Caregiving and Own Treatment 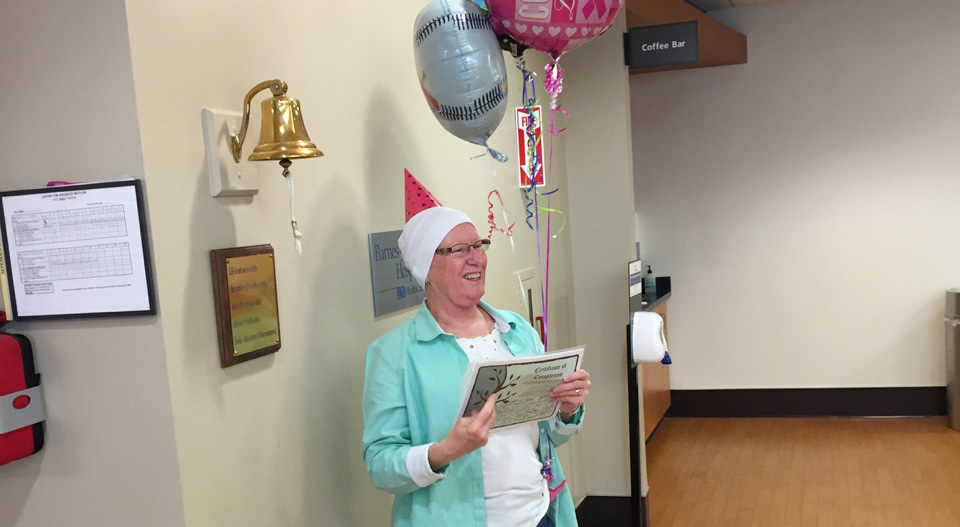 Photo courtesy of Janet Jones
As a wife, mother and nurse by profession – being a caregiver is Janet Jones’ natural role. But that role reversed last March after she received a breast cancer diagnosis.

She went from caring for patients with cancer as lead charge nurse in the Stem Cell Transplantation and Leukemia Center at Barnes Jewish Hospital in St. Louis, Missouri to sitting next to them in the infusion chair.

“It’s hard to turn that off,” said Jones in an interview with CURE. “I was doing the, ‘OK you’re sitting here getting treatment, you can’t help your patients.’ I was getting chemotherapy with patients that I had taken care of on the floor, so it was kind of different.”

That mindset has kept her busy. Jones was back to work less than two-and-a-half weeks from biopsy to first treatment. She was given six cycles of chemotherapy over an 18-week period. During that time, she would take off work on Friday (the day of chemotherapy) and the following Monday. But by Tuesday she was back on the floor putting in half days until her next treatment.

“It was important for me to go back to work because this was my greatest support system to the point where they drove me crazy sometimes,” she said. Jones explained how her younger co-workers would worry if she didn’t feel like eating or if she was cold, they assumed she had a fever.

For Jones, the hardest part was deciding how she was going to tell her family. She was worried with how they would react to the news that she had estrogen-positive, progesterone-positive and HER2-positive breast cancer. She recalls both of her sons being away at college and asking them to come home. Worrying more about others than herself, Jones sought guidance from the counseling center at the hospital, as well as the chaplain. Both free resources that she suggests patients and their families use.

“I told my husband, ‘you need to find someone to talk to – if you can’t talk to me, you have to find someone else,’” she recalled. When someone is a caregiver, it’s important for them to take some time to themselves, step away from it all for a little while, she added.

Jones credited her skills and background as a nurse to helping her prepare for the battle she faced, but admitted she didn’t know everything that was in store for her; she has worked with patients with leukemia – not breast cancer.

In addition to chemotherapy, Jones also chose to have a bilateral mastectomy. Doctors have found no evidence of invasive disease in her breast, also called a pathologic complete response (pCR). Jones underwent reconstructive surgery and will continue to receive infusions of Herceptin (trastuzumab) every three weeks until March.

“It was something I thought, when I was first diagnosed, would take forever because when they tell you 18 weeks of chemotherapy that seems like forever,” Jones said. “But it’s been less than a year and other than my infusions – everything is almost over.”

While she has remained mainly positive throughout this journey, it hasn’t always been easy. Jones revealed there were some tears and now that she’s feeling that this is all almost over, she is starting to miss her long hair, which she lost two weeks after her first chemotherapy treatment.

“You walk out and it’s like, ‘I hope people don’t think I purposely went out and cut my hair like this,’ she said. “I hope people know I have cancer. I didn’t miss it being gone at first because fighting the battle was much more important than my hair, but now, I want it back.”
Be the first to discuss this article on CURE's forum. >>
Talk about this article with other patients, caregivers, and advocates in the Breast Cancer CURE discussion group.