A new tool analyzes patterns of RNA expressed from genes, pinpointing more patients with cancer who can benefit from immunotherapies and targeted drugs.
BY Beth Fand Incollingo
PUBLISHED June 24, 2020
The immunotherapies and targeted drugs that have improved treatment for so many cancer types over the past decade share an important feature: They obstruct attempts by certain proteins to turn normal cells into cancerous ones.

The problem is, it’s not easy to single out the patients who will benefit from these therapies.
Typically, DNA analysis is used to match patients with these precision treatments. Tumor cells are checked for any of 300 to 400 known gene mutations that stimulate the production of cancer-driving proteins or interfere with the activity of proteins that protect against cancer.

Just a small proportion of these genes can be targeted with existing drugs to improve outcomes in patients with cancer; consequently, many patients don’t benefit from this kind of testing. Doctors need ways to match more patients with the most appropriate therapies, and a strategy may soon be available.

Dr. Eytan Ruppin and Joo Sang Lee, and their colleagues at the National Cancer Institute (NCI) created Select, a tool that analyzes not just DNA but also RNA and reveals who can benefit from certain immunotherapies known as checkpoint inhibitors, as well as targeted drugs. In addition, Ruppin says, the tool can contribute to the development of new drugs by helping researchers identify proteins that drive cancer growth but were never before linked with the disease.

A computational biologist and chief of the NCI’s Cancer Data Science Laboratory, Ruppin spoke with CURE® about the new tool and its potential applications. 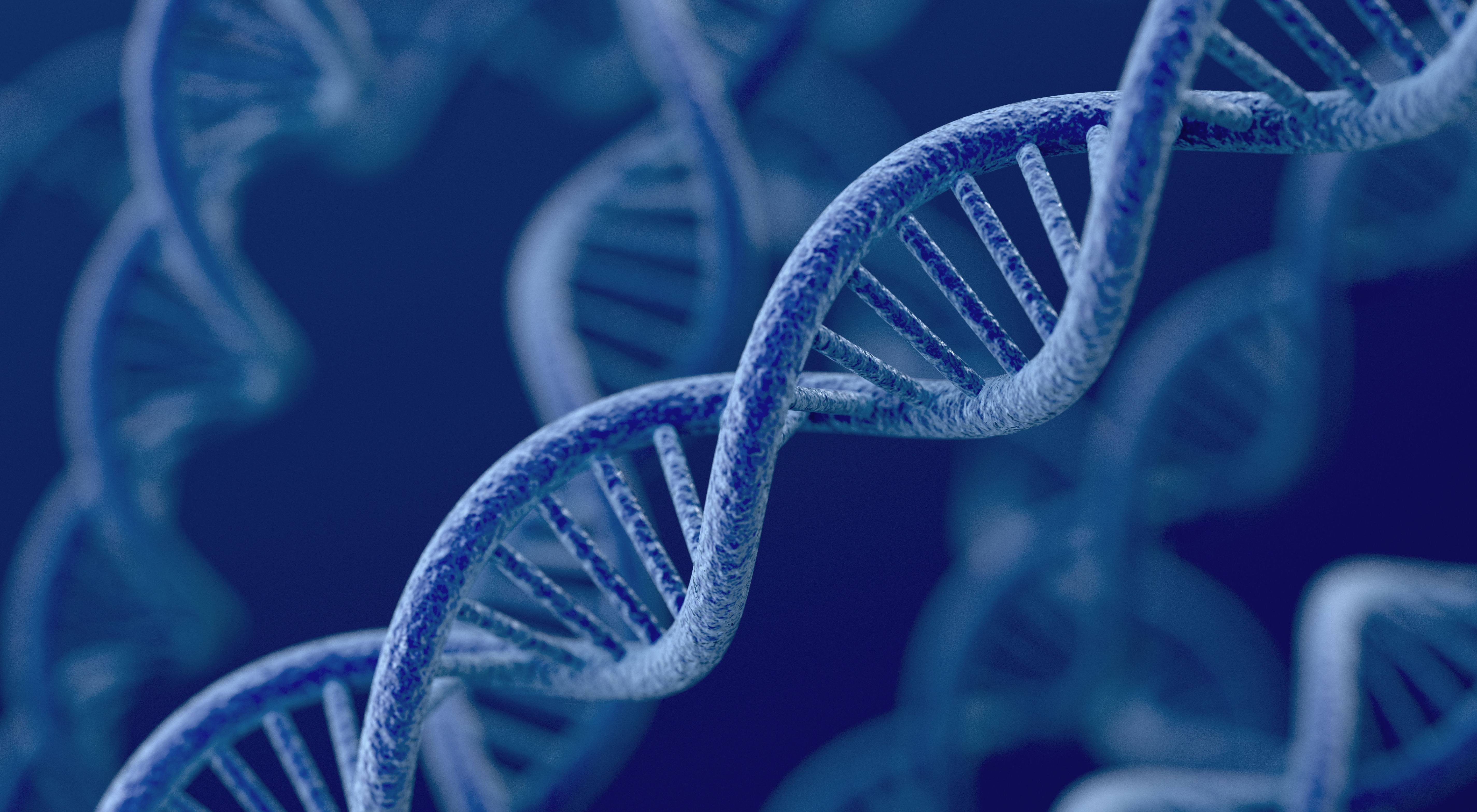 CURE®: What is the difference between analyzing DNA and analyzing RNA?

Ruppin: DNA encodes our genetic information and is read, or interpreted, by a type of molecule called messenger RNA, which then produces proteins that stimulate cells to carry out the body’s functions.

When DNA mutates, normal cells transform into cancer cells. As a result of the mutations, the proteins transcribed by these genes can be altered, which leads to their abnormal function, transforming the normal cells into a more malignant state. This in turn affects the way those cells respond to medication.

Until now, most precision medicine efforts have been tied to genetic tests known as mutation panels. These panels sequence the DNA of a few hundred genes and look for actionable (treatable) mutations. Although this approach has been very important and helpful, many patients cannot benefit from it because their tumors don’t have mutations that can be targeted with currently available drugs.
So, in the past two to three years, there were several attempts to go beyond that to see if we can recommend treatment to patients by looking at their RNA expression. The idea is that changes in RNA expression occur across all of our 20,000 genes, not just the 300 or 400 cancer drivers included in panels.

Many of the changes that cause a normal cell to become cancerous are associated with expression patterns of some of these 20,000 genes, suggesting that if we can target them, we can treat the cancer. If we knew how to recommend treatments based on these alterations, we could add another layer of options.

You’ve developed a tool called Select that can do that analysis. Please describe it.

My lab at the NCI has developed a systematic approach that recommends targeted drugs and immunotherapies based on analyzing both DNA and RNA expression in a tumor.

Our approach is based on the concept of synthetic lethality. Two genes make a synthetic lethal pair if the targeting of each gene on its own does not kill the cells, but the knockout of both does. We haven’t yet identified the full scope of synthetic lethal pairs in cancer, but there’s a lot of ongoing effort in many labs and companies across the world to try to do that. The most successful current example of drugs that apply this strategy is probably the PARP inhibitors used in patients with BRCA gene-mutated breast or ovarian cancers.

Cancers often lose many genes in the process of becoming malignant. The key notion is that, if we know that certain genes are not functioning in a patient’s cancer at all, it would make sense to treat that patient with a drug that strikes down the synthetic lethal partner gene of each known nonfunctioning gene.

Our tool considers the DNA and RNA of a given patient’s tumor and matches it to the synthetic lethal profiles of all drugs, ranking all the appropriate drugs based on their predicted efficacy in that patient. So, we give oncologists, for their consideration, a list of recommendations that extends the possibilities they get from the standard DNA panels.

Our approach for identifying synthetic lethal pairs has only been made possible thanks to the NCI’s Cancer Genome Atlas Project, which includes all the molecular data expression and copy number mutations of 10,000 patients with cancer across 30 types of tumors. We’ve developed a method to mine it and infer the likely synthetic lethal interactions that exist in cancer.

There are 500 million possible gene pairs in the human genome. With Select, we can scan them all and aim to find a few thousand that are more likely to be synthetically lethal in patients’ tumors and hence more likely to be clinically relevant.

How accurate is the tool?
We made a large effort to study the accuracy of the tool
in different clinical trials. We tested it on 30 sets of data encompassing the RNA expression of a few thousand patients, as well as their response to targeted drugs and immunotherapies. We predicted their responses and then compared the results to their actual responses as reported in these trials, which were unseen by our prediction tool. In about 80% of these drugs, cancer types and trials, we were able to predict the response with more than 70% accuracy. These results should and could be improved upon in the future as more data accumulates but are quite promising relative to other approaches that have been reported so far.

In addition to targeted therapies, in which a drug is matched to a specific altered cancer driver gene, immunotherapy is an extremely promising approach that works by promoting the killing of cancer cells by the patients’ own immune cells. Importantly, in matching patients with melanoma to immunotherapies, we achieve about the same levels of accuracy in patient selection that are now achieved with other biomarkers. In addition, our tool achieves similar predictive accuracies in a few other cancer types in which such predictive biomarkers are otherwise still lacking.

I want to emphasize that the current accuracy of patient stratification obtained by Select is far from perfect. Select is reasonably predictive, and we hope this is helpful information for the clinicians and the patients, but much work needs to be done to further improve our approach. My lab, together with the (Dr. Kenneth) Aldape lab in the laboratory of pathology at the NCI and the (Dr. Mark) Gilbert lab in the NCI’s neuro-oncology branch, are working hard on a few angles to improve on what we have.

Is the tool close to being introduced into routine practice?

I’m excited to think our tool may, hopefully, be worthy, but it hasn’t yet reached the stage when it can be used as a standard of care. These approaches need to be carefully studied in clinical trials to assess their value rigorously. We’re in the process of starting a clinical trial at the National Institutes of Health (NIH). Our first trial, which will focus on patients with brain tumors, will be led by the Gilbert and Aldape labs to further study the possible benefits of Select and ways to improve it.

We are finalizing an initiative to perform comprehensive sequencing of patients in our NIH clinical center, led by Ken Aldape, the chief of pathology at the NCI. Moving ahead, we plan to not only conduct standard panels but also offer comprehensive sequencing, which means that for every patient, we plan to do whole genome, RNA and methylation sequencing, which will cover all the ways that tumors express information. (Methylation, a chemical reaction in DNA that can inhibit the activity of tumor suppressor genes and lead to cancer-causing mutations.)

We’ll study our tool’s ability to identify additional treatment possibilities for patients with cancer beyond the standard panels. This a process that will take a few years and will benefit from the active support and participation of many leading cancer clinicians at the NIH clinical center here in Bethesda, Maryland.

Could this tool lead to the discovery of new targets for medications?

Yes, and on that front, we have a few emerging and demonstrable successes. Led by our collaborator J. Silvio Gutkind, Ph.D., associate director of basic science at the University of California, San Diego, we recently used our approach to identify a new target for uveal melanoma and published a paper about the results in Cancer Cell.

There are currently no established successful treatments for uveal melanoma, but we found one that is promising based on our synthetic lethality analysis. These results led to the initiation of a clinical trial with an experimental targeted drug repurposed for this use.

We published another very successful example three months ago led by another collaborator, Ze’ev A. Ronai from Sanford Burnham Prebys Medical Discovery Institute in California. We predicted, and Ze’ev’s lab has successfully tested and validated in mouse models, a new synthetic lethality combination for treating pancreatic cancer. Treatment with a type of targeted drug known as a MAPK inhibitor is already undergoing a clinical trial in one of the cancer centers in the U.S.

We have quite a few more ongoing collaborative projects aimed at discovery of drugs and drug combinations, performed together with numerous collaborators in the U.S. and beyond. As they unfold, we hope to learn more on this challenge, too.

Could this tool eventually be used to diagnose cancer?

I believe so, but it’s really early in the game. Early diagnosis of cancer is tremendously important, because if we catch it very early, we can, in many cases, treat it successfully. We have evidence that our approach can be used to assess cancer risk, but for now, other technologies are probably much more advanced to this end, such as liquid biopsies.

Be the first to discuss this article on CURE's forum. >>
Talk about this article with other patients, caregivers, and advocates in the Immunotherapy CURE discussion group.