Taking flu shots and other preventive vaccines before cancer treatment is a good idea, but patients should know when to pursue the injections and when to hold off.
BY Marilyn Fenichel
PUBLISHED August 07, 2015 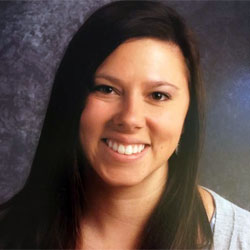 As a first-grade teacher, Maegan Siebe, 28, of Austin, Minn., knows the importance of flu shots. “Schools can be a very easy place to pick up germs,” she says. So every fall, at the start of the school year, she made sure to get her flu shot, and she kept her tetanus shots updated.

When she was diagnosed with stage 3 breast cancer in 2013, Siebe got her flu vaccine before her treatment began. Despite teaching throughout much of her nine-month chemotherapy regimen, she did not get the flu.

For cancer patients and survivors, getting a flu shot seems like common sense. People in this population are at higher risk for the flu and other infections due to their compromised immune systems, the consequence of illness as well as the treatments designed to keep it at bay. They are also more likely than those who haven’t experienced cancer to develop complications if they get the flu. Michael Oxman, emeritus professor of medicine and pathology at the University of California, San Diego and staff physician at the VA San Diego Healthcare System, notes that “almost all of our weapons against cancer have the side effect of damaging immune responses. As a result, infections are a major problem in patients with cancer.”

Surprisingly, however, less than 50 percent of this population routinely receives the flu vaccine – even though foregoing the yearly shot can mean the difference between life and death. According to a study published in 2014 in Clinical Medical Insights: Oncology and led by researchers Mahmoud A. Shehata, of the Department of Pediatrics at the University of Cincinnati, and Nagla Abdel Karim, of the Department of Medicine at the same institution, mortality from flu-related infections in patients in active treatment can reach 9 percent. In contrast, the Centers for Disease Control and Prevention estimate that, based on 2013 data, 3,697 people in the overall population died of flu, or 1.2 deaths per 100,000 people.

Oxman suggests that one reason vaccines may fall between the cracks is that there is “no culture of prevention in adult medicine. As a result, vaccines are underappreciated, underutilized and under-supported.”

The situation is further complicated by the fact that different kinds of cancer have varying impacts on the immune system. For example, leukemia and other blood-related cancers suppress the immune system more than solid tumors do, leading to different recommendations for vaccines. On top of that, some treatments, such as bone marrow transplants or prolonged use of steroids, tend to keep the immune system compromised longer than other treatments. “The protocols for treatment keep changing,” says Oxman. “They are a moving target, and it’s challenging keeping up with the ever-changing landscape.”

The Basics About Immunizations

Nonetheless, a few factors regarding immunizations for cancer patients remain constant: the types of vaccines recommended and when to receive them. The Centers for Disease Control and Prevention (CDC) set the standard for public health advice. Their recommendations are based on those made by the Advisory Committee on Immunization Practices (ACIP), a committee of experts charged with assessing the research and making sound, evidence-based recommendations.

According to the CDC, cancer patients should only receive inactivated vaccines, those that do not contain live virus. A live attenuated vaccine contains a living organism, and while that has been altered so it isn’t as strong, attenuated vaccines are more potent than inactive ones, making them potentially more dangerous.

“The risk of a live vaccine in immunosuppressed patients is that it could start replicating in the patient, resulting in a case of the flu,” says Carrie A. Thompson, a hematologist at the Mayo Clinic in Rochester, Minn. “That’s why cancer patients should not receive the nasal spray flu mist. It has the live virus. On the other hand, the flu shot does not.”

In most cases, primary care physicians administer the flu shot and other vaccines, but collaboration with patients’ oncologists is also important. “We usually take a vaccine history and provide recommendations,” says Thompson.

Timing is key, too. In order for the vaccine to be effective, the immune system must be able to mount a response to it. When patients are in active treatment, this can be much more difficult, depending on the specific cancer drug. Some researchers worry that cancer patients don’t have a strong enough immune system to benefit from vaccines.

For the flu vaccine, some research on this issue has been conducted. Although there is room for further investigation, Shehata and Karim’s study found that though cancer patients do not respond as strongly to the vaccine as survivors or people with no history of cancer, their response is strong enough to warrant getting vaccinated. But to get the most out of vaccinations, patients should receive them before starting chemotherapy.

“Patients need to plan ahead, and get their flu shots at least two weeks before they start treatment,” says Thompson. “If that isn’t possible, they should work with their oncologists to get the vaccine between chemo cycles. It’s very important to receive the flu shot. Getting sick can be dangerous and lead to secondary infections such as pneumonia.”

The flu vaccine isn’t the only immunization that cancer patients should have on their radar. For example, a pneumococcal vaccine called PCV13 is also recommended, followed by a second pneumococcal vaccine called PPSV23. These vaccines can help prevent pneumococcal disease, which can cause conditions including meningitis, pneumonia and blood poisoning. They should not, however, be given during chemotherapy or radiation. Patients under age 65, after receiving their first dose of PPSV23, should then receive another dose five years later. Young survivors should also receive the human papillomavirus (HPV) vaccine, which provides protection against some of the strains of HPV linked to cervical cancer.

One vaccine cancer patients should stay away from is measles-mumps-rubella (MMR), a live attenuated vaccine that can produce disease. According to the CDC, members of the household of cancer patients or survivors should receive this vaccine, and they needn’t worry about infecting their loved one. “Household members should keep up with their vaccines, including those made with live viruses,” says Thompson.

Exceptions to the Rule

There are some live vaccines that experts consider virulent enough so that patients with cancer who are immunosuppressed should avoid even casual contact with people who have received them. The smallpox vaccine falls into this category.

People with certain kinds of cancer also have their own sets of requirements. For example, according to the CDC, patients with lymphoma or leukemia and survivors of either disease should avoid live vaccines for life. Experts agree that for cancers related to the immune system, it’s important to be particularly vigilant.

Another group of patients who need to follow their own set of rules are those who have had their spleens removed. This procedure may be done as part of the diagnosis and treatment of certain kinds of cancer, such as kidney or ovarian. “The spleen is an important part of the body’s defense system against infections,” says Karim. “So this population needs vaccines for flu, pneumonia and meningitis prior to surgery. They should follow up with pneumonia and meningitis vaccines every five years.”

What about patients receiving immunotherapy? “It’s too early to know,” says Thompson. “That type of therapy may affect immunity against pneumonia and flu. We’ll learn more as we move forward.”

In the meantime, cancer patients and survivors should follow the rules that apply to them and go the extra mile to stay healthy. “I’m more aware of germs around me now,” says Siebe. “At school, I clean all the desks and wipe down all surfaces. I even wipe down my cart at the grocery store.”

Siebe’s extra efforts have paid off. “I’m the healthiest I’ve ever been,” she says. “One stomach bug and one cold were all I had during the school year.”

Recently, she got more good news. She is now cancer-free.

Protecting cancer patients from shingles presents a dilemma for oncologists. On the one hand, cancer patients are particularly vulnerable to this infection, which is related to chickenpox and can affect anyone who has ever had this common childhood disease. But on the other, the current vaccine is a live one, which is not allowed during cancer treatment and is recommended for survivors only when their immune systems have recovered from treatment — and sometimes not at all.

Shingles is caused by the varicella zoster virus, and it is painful. Symptoms include a rash and blisters that usually develop on one side of the face or body.

Encouraging for patients with cancer is new research that is shedding light on how long the shingles vaccine remains effective in older adults. A study conducted by Kaiser Permanente, and published in Clinical Infectious Diseases in 2014, investigated whether the shingles vaccine continued to work if patients received it before starting chemotherapy. A team of researchers led by Hung Fu Tseng, of the Kaiser Permanente Southern California Department of Research & Evaluation, examined the records of 21,476 Kaiser Permanente patients age 60 or older from Southern California between January 2007 and December 2012.

Among the total cohort, 4,710 patients were vaccinated and 16,766 were not. Researchers found that among vaccinated patients, 91 developed shingles compared to 583 in the unvaccinated group, making the vaccinated group 42 percent less likely to come down with shingles after chemotherapy. These findings provide evidence that the vaccine continues to protect patients with compromised immune systems to some degree.

In addition, changes are on the horizon with regard to the shingles vaccine. In April, The New England Journal of Medicine published findings from a large study comparing a new, inactivated shingles vaccine to a placebo in 15,411 adults ages 50 or older.

The results seem favorable. Of the 7,698 participants who received the vaccine, only six contracted shingles over a three-year period, compared to 210 in the placebo group. Overall effectiveness for all age groups was 97 percent.

“This is higher than the 51 percent effectiveness we’re getting with the live attenuated vaccines,” notes Michael Oxman, emeritus professor of medicine and pathology at the University of California, San Diego and staff physician at the VA San Diego Healthcare System.

Although this study was not done with cancer patients, similar studies with this population are underway. “The vaccine is very promising,” concludes Oxman.

Carrie A. Thompson, a hematologist at the Mayo Clinic in Rochester, Minn., concurs, adding that shingles is very painful and can decrease the quality of life for cancer patients. “We look forward to additional studies proving the efficacy of this new vaccine.”

The following chart shows recommendations from the Centers for Disease Control regarding vaccines for cancer patients and survivors.