Study Tests Several Glioblastoma Treatments Side by Side

A phase 2 trial – which is still enrolling patients – is investigating multiple targeted agents for the treatment of patients with glioblastoma (GBM).
BY Angelica Welch
PUBLISHED September 08, 2017 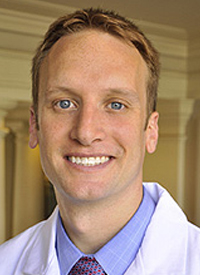 Brian M. Alexander, M.D.
A phase 2 trial – which is still enrolling patients – is investigating multiple targeted agents for the treatment of patients with glioblastoma (GBM).

The study, known as the INdividualized Screening Trial of Innovative Glioblastoma Therapy (INSIGhT; NCT02977780), will randomize patients to one of four arms—either the control arm of standard-of-care agent Temodar (temozolomide), or one of three experimental arms. The experimental arms are abemaciclib in combination with Temodar, Nerlynx (neratinib) with Temodar, and CC-115 alone. All four arms include daily radiation for a maximum of 49 days.

Temodar is FDA approved for the treatment of patients with GBM, while abemaciclib, Nerlynx and CC-115 are all currently experimental in this landscape.

Eligible patients must have evidence that their tumor MGMT promoter is unmethylated (meaning that certain genes were not turned off) and must be negative for IDH1 R132H mutations.

The INSIGhT trial is a disease-specific platform trial, which means we have come up with a clinical trial design that fits patients with GBM who have newly diagnosed tumors and specific kinds of molecular abnormalities. It is a platform trial, in that it is testing multiple different kinds of therapies at the same time. Instead of running three separate clinical trials, we run one platform trial that tests all the drugs at the same time against a common control arm.

The lingo is confusing. "Basket trial" has been thrown around a lot. Sometimes, a basket trial means that patients are eligible for a specific drug or a specific set of drugs if they have a specific biomarker, no matter what kind of tumor they have. INSIGhT is more like the I-SPY 2 trial (for breast cancer)—testing multiple therapies for a specific disease indication with experimental arms that can be added or dropped during the trial.

This trial is currently open at the Dana-Farber Cancer Institute with additional sites going through the approval process now. One benefit for patients is that they have a higher chance of being randomized to an experimental arm than if we did these trial separately. Also, patients often ask which trial is best for then. That is normally hard to answer because we can't compare across trials. In INSIGhT, while we still can’t say which arm is best, we have an adaptive randomization algorithm that, if one arm is performing better during the course of the trial it is more likely to put future patients on that arm, considering their biomarker profile.

We can say that this answers patients’ questions in that way by saying that we don’t explicitly know which arm is the best. However, in this construct, we have designed it in a way that you are more likely to put patients on the arm that looks best for them.

We have a maximum of 70 patients for each arm. If the drug looks like it’s working, we will continue enrolling patients until we reach 70 so that there will be robust information on how to design a phase 3 trial, including biomarkers.

Could you expand on the separate arms of this trial?

We started off with four arms but the trial is designed so that it can accept new arms if the opportunity arises. Instead of opening a new, separate phase II trial with similar characteristics, we would rather just add an arm to this trial. There are three experimental arms and one control arm, which is radiation therapy and Temodar. From a patient enrolling on the trial perspective, you have a greater chance to be randomized to an experimental therapy. But we also are persevering the opportunity to compare that with a control arm, which is important for us to make any decisions about the therapy that will impact future patients.

One of the arms is Nerlynx. In the trial, Nerlynx is substituted for Temodar after radiation plus Temodar. In that arm, patients get radiation and Temodar at the same time, same as the standard of care. But then, instead of getting Temodar afterwards, they would get Nerlynx.

Another experimental arm is similar in setup; however, it uses abemaciclib, which is a CDK 4/6 inhibitor. Patients would get radiation and Temodar like they would in standard of care, but then instead of getting Temodar afterwards, they would get abemaciclib.

The final experimental arm uses CC-115, which may improve radiation when given concurrently. In that arm, Temodar is substituted completely out, and patients get radiation and CC-115 at the same time followed by CC-115 alone.

CC-115 inhibits DNA protein kinase (DNA-PK), which is a protein that is involved in repair of damage from radiation due to double-strand breaks caused by radiation. By inhibiting DNA-PK, the hypothesis is that it will help the radiation further damage the tumor cells.

What are the biomarkers for this trial?

One example is the IDH mutation. IDH1 and IDH2 are two genes that can be mutated in GBM. The most common mutation is called the IDH1 R132H mutation, but there can be other IDH mutations. Any of these mutations are associated with many different things. Patients have a much better prognosis if they have an IDH mutated tumor. For that reason, the new molecular classification of GBM includes IDH in determining what kind of tumor it is. GBM with IDH wild-type is considered separate from a GBM with an IDH mutation.

Do biomarkers vary among the different arms?

Regarding how the biomarkers relate to the therapies, a lot of biomarker-driven trials will say that you need a biomarker positive tumor to be eligible for a certain arm. The upside of that type of strategy is that if we know a lot about that kind of biomarker, then we know that only patients with biomarker-positive tumors are going to respond. We know that from other clinical studies or strong preclinical research. Then, we are limiting the number of patients who are not going to respond by not letting them on the study.

Conversely, if we do not know a lot about the biomarker, we are just making an educated guess based on the biology and there is not much clinical information, we may be making a mistake. Especially by saying that only the biomarker-positive patients would respond to a given drug but we don't know that for sure.

For GBM, the biomarkers that we are looking at are based on genetic profiling. We don’t have strong evidence to suggest that the biomarker is going to be sufficient or necessary for response to any one of these drugs. We do have hypotheses though, because all of these drugs interact with molecular pathways that are abnormal in GBM.

What we are going to do in this trial is take an initially agnostic approach. In the treatment arm, there is a hypothesized biomarker but both biomarker-positive and biomarker-negative patients are eligible to get the therapy. If, during the trial, we find out that it is only the biomarker-positive patients who are deriving benefit, the adaptive randomization procedure will stop putting patients with biomarker-negative tumors on that arm. However, since we don't know how good our information is at the beginning of the trial, any patient is eligible to be randomized to any arm of the trial.

You mentioned unmethylated MGMT promoters. Could you expand on that?

There are two major molecular prognostic biomarkers for GBM—the IDH mutation but also MGMT promotor methylation. MGMTis a gene that repairs damage caused by Temodar and methylation of this gene turns it off, so it is less able to repair that damage.

For patients with unmethylated MGMT promotors, patients have more aggressive tumors that derive less benefit from TMZ. There is more of an acknowledgment within the neuro-oncology community that we might not need to have Temodar in the treatment arms at all. This is because when we combine drugs with Temodar, the combination is toxic and we may not be able to give the experimental drug at a meaningful dose. However, if the experimental drug is potentially better than Temodar wee would never figure it out because we have always combined treatments with Temodar. For experimental therapies in patients with unmethylated MGMTpromoters, you are seeing a move in the community now toward not including Temodar in the experimental arm to give the experimental agent a better chance to succeed without combined toxicity, and that is what we have here.

In summary, all the patients eligible for INSIGhT have IDH wild-type tumors and unmethylated MGMT promoters, which means that they have more aggressive tumors that are less responsive to standard of care that include Temodar.

What is the preclinical evidence for these experimental arms?

There is preclinical evidence from various models for the drugs and phase I has been completed to at least show that the dosing is safe. That is another benefit to not having to combine with temozolomide because a lot of these drugs that come through are ready to go because they are testing in phase I studies in other tumors. By not requiring a combination with Temodar, we can put patients into these trials earlier.
Be the first to discuss this article on CURE's forum. >>
Talk about this article with other patients, caregivers, and advocates in the Brain Cancer CURE discussion group.