Started by anonymous, June 11, 2016
1 reply for this topic
anonymous

N/A
N/A
June 11, 2016
Adding the CDK 4/6 inhibitor Ibrance (palbociclib) to Femara (letrozole) reduced the risk of disease progression by 42 percent compared with Femara alone in patients with ER-positive, HER2-negative advanced or metastatic breast cancer, according to results from the phase 3 PALOMA-2 trial presented during the 2016 Annual Meeting of the American Society of Clinical Oncology (ASCO), a gathering of 30,000 oncology professionals in Chicago.

The median progression-free survival (PFS) was improved by greater than 10 months with the addition of Ibrance. The combination of Ibrance and Femara was granted an accelerated approval in February 2015, based on the phase 2 PALOMA-1 study. These results from PALOMA-2 provide confirmation of the combination's benefits in the frontline setting.

“These data represent the longest frontline improvement in median PFS seen to date in women with advanced ER-positive breast cancer,” senior study author Dennis Slamon, chief of the Division of Hematology/Oncology in the UCLA Department of Medicine, said when presenting the findings at ASCO.

The double-blind, placebo-controlled PALOMA-2 trial randomized 666 patients in a 2 to 1 ratio to Ibrance plus Femara or Femara alone. Ibrance was administered daily for three weeks in a 28-day cycle. Continuous Femara was administered. Patients were enrolled between February 2013 and July 2014 in 186 locations across 17 countries. The data cutoff was February 26, 2016. The median follow-up was 23 months for the Ibrance combination arm and 22.3 months for the Femara alone group.

Patient characteristics were well balanced between the study arms. The majority of patients were white, had an ECOG performance status of zero or one, and were less than 65 years old. The ECOG performance measures a patient’s level of functioning such as the ability to care for themselves, daily activity and physical ability. The median patient age in the Ibrance and control arms was 62 and 61 years, respectively. About half of the patients in each arm had visceral metastases. Fifty-six percent of patients receiving Ibrance and 57 percent of patients in the Femara-alone group had prior first step treatment such as chemotherapy and/or adjuvant hormonal therapy.

The primary endpoint for the trial was investigator-assessed PFS, with secondary outcome measures including response, overall survival, safety, biomarkers and patient-reported outcomes. The investigator-assessed median PFS with the Ibrance combination was 24.8 months versus 14.5 months with Femara alone.

The median PFS by blinded independent central review was 30.5 months versus 19.3 months, respectively. The objective response rate was 42 percent with the combination versus 35 percent in the control group. The PFS benefit with Ibrance was sustained across subgroups.

In the combination arm, the median treatment duration with Ibrance and Femara was 19.9 and 20.3 months, respectively. In the control arm, the median duration of therapy with Femara was 13.8 months. Seventy percent and 53 percent of patients receiving the combination had dose interruptions with Ibrance and Femara, respectively. Forty-five percent of patients in the control arm had a dose interruption of Femara.

Ninety-nine percent of patients in the Ibrance arm experienced a hematologic side effect of any grade, including neutropenia, leukopenia, anemia and thrombocytopenia.

Overall, 22 percent and 2 percent of patients in the Ibrance arm experienced a grade 3 and grade 4 hematologic side effect, respectively. In the combination arm, the most common nonhematologic all-grade side effects included fatigue, nausea, joint pain, alopecia, diarrhea, cough, back pain, headache and hot flush.

In the prior phase 2 PALOMA-1 study, 165 postmenopausal patients with ER-positive, HER2-negative advanced breast cancer were randomized in a 1 to 1 ratio in two parts: Part one contained 66 patients and Part two had 99 patients. Continuous daily Femara was administered with or without Ibrance daily for three weeks followed by one week of rest until progression.

In addition to the accelerated frontline approval, Ibrance is also indicated for use in combination with Faslodex (fulvestrant) for pretreated patients with HR-positive, HER2-negative metastatic breast cancer. This approval was based on phase 3 findings from the phase 3 PALOMA-3 study, which showed a doubling in PFS with the combination versus Faslodex alone.

The double-blind PALOMA-3 study randomized 521 patients with metastatic breast cancer whose disease progressed on or following endocrine treatment in a 2 to 1 ratio to Faslodex plus either Ibrance or placebo.

Faslodex was administered on days one and 15 of cycle one, and then on day one of each cycle thereafter, and patients received oral Ibrance continuously for the first three weeks of each cycle, followed by one week off. Treatment cycles were 28 days for both arms.

Zoladex (goserelin) was also administered to pre- and perimenopausal patients. Median PFS was 9.5 months with the Ibrance combination versus 4.6 months in the placebo arm. The PFS benefit was observed regardless of menopause status and remained consistent across all prespecified patient subgroups.

OS were not yet mature at the time of the analysis. Slamon said it has been “gratifying” to find that the PALOMA-2 data have now upheld a consistent clinical benefit with Ibrance across all three of the PALOMA studies. 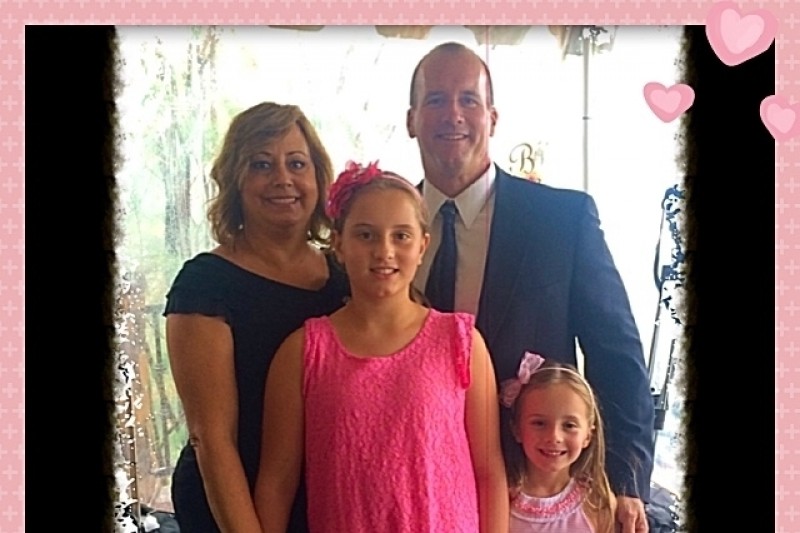