Member
558 Posts
December 04, 2015
As my gynecologist’s nurse struggled to explain why my mammogram was suspicious without once using the word 'cancer,' it slowly dawned on me that she was carefully measuring her every word to fend off panic.

People expect fear to ignite when cancer enters the picture. Of course I was afraid, but it wasn't fear that motivated me to do what I did next.

I hung up the phone resolved to handle this alone. Rather than immediately calling my husband, my plan was to return to the breast center for additional testing in secret. I absolutely needed his support, but I couldn't bear the thought of causing my spouse of 21 years the worry that phone call caused me. Like it or not, I was going to stay mum until I knew more.

Best case scenario, I would go to the breast center, get good news and tell him after the fact. Worst case scenario — well, I didn't actually have a plan for that.

A few days later while my husband was at work and our children were at school, I snuck back to the breast center. I was lying by omission and didn’t feel good about it, but being both the bearer of bad news and its cause riddled me with tremendous guilt.

It didn’t go well. I was alone as the technician took what seemed like a hundred different views. I was alone when the radiologist came into the room to tell me she didn’t like what she saw and would need to schedule a stereotactic biopsy. As I drove home I was scared to death and now had to break the horrible news to my husband that I might have breast cancer.

Unfortunately, coming clean didn’t ease my guilt. Later, I called a cancer center in New York City and was cheerily told that though my insurance wasn’t accepted, an appointment could be set up right away. I couldn’t hang up the phone fast enough! It terrified me to risk making my cancer a financial burden on my family and I vowed to stay in network for all of my treatment.

The issue came up again when my plastic surgeon suggested a procedure to enhance my reconstructed breast which was considered cosmetic and not covered by insurance. I agonized over the cost until my husband had to firmly, but lovingly, tell me to knock it off and get it done.

That procedure was a small part of the entire mastectomy and reconstruction process, but it taught an important lesson. Knowing that guilt is an irrational emotion didn’t make it go away, so I had to learn to force myself to get what I needed in spite of it. When I felt guilty for needing someone to drive me to therapy after my mastectomy, I asked anyway because therapy was vital to my emotional healing. I didn’t want to admit that I couldn’t cope with the stress of teaching my daughter to drive, but I just didn’t have the resources. I felt guilty not being “over cancer” as quickly as my family and friends, but I had to stand up for myself if I was ever going to move forward.

Even now, six years after treatment, guilt still makes an occasional appearance. As a stage 0 cancer patient who “only” needed a mastectomy, I was plagued by survivor’s guilt after my diagnosis. Just the other day I fell into it again when there was nothing I could do for a cancer patient who was crying from the pain of chemotherapy-induced neuropathy in her hands.  Much worse is the horrible guilt of losing metastatic cancer patients who leave behind grieving family and friends while I’m still here.

I confess that I have no idea how to stop cancer from sending me on a guilt trip. Intellectually, I know cancer isn’t my fault, but that obviously doesn’t matter. Guilt is just one more byproduct of cancer and when it takes hold, all I can do is take a breathe, remind myself that it’s neither real nor useful and try to move through it.

Do you feel guilty about cancer too? Let’s talk about it in the CURE discussion group. I answer every comment.

Member
0 Replies
December 04, 2015
I sometimes feel guilty that I didn't experience the difficult time in chemo and the depression that others have felt while in treatment. I have had two cancers. The first was fibrosarcoma, which required intensive chemo, surgery, radiation and follow-up plastic surgical procedures. I made it though and recovered NED. The second is ovarian. I tolerated chemo and surgery. I am now out of treatment and feeling well. I approached each cancer with the mindset that I will do what is necessary to get well again. I can't understand the depression aspect because I didn't experience the most dreaded aspect of cancer....no remission, no cure. I came through the dark tunnel of cancer into a place of well-being. At least for the moment. I treasure and am thankful the moment and the healing. I am aware that fellow cancer patients are not in the same place. Therefore, the feeling of guilt.
Debbie Woodbury

Member
0 Replies
December 06, 2015
I completely relate to your survivor's guilt Spirit2. Despite the very real, intensive procedures we've been through, we're always aware that there are others who have had it worse. I've found it helps to acknowledge the guilt as just another aspect of cancer and try to move through it as best you can. I'm glad you're doing well and wish you good health and happiness.
Angel

Member
0 Replies
December 08, 2015
Thank you for sharing your story. Your choice for surgery likely saved your life! The recommended procedure is exactly what I would have done too. No time to waste in that choice, so I agree with your husband and Doctor. The surgical approach in my care was as blunt, but in different internal organs. Today, I credit my survival to the Doctor's, Nurses, and wonderful Staff at a couple Hospitals, my favorite one being Memorial Hospital in Kern County. The Hospital is amazing Catholic group whose main base is non profit. With that said, it really is more affordable. -Angel
PeggyRCC

Member
0 Replies
December 17, 2015
I have survivor's guilt, as I went from a Stage IV kidney cancer diagnosis with a general life expectancy of about 18 montns. The sheer luck I had in finding a good surgeon who was also a kidney cancer researcher led to my treatment with the first and fundamental immunotherapy, high dose interleukin. THat was eleven years ago, and I take no medications, nor do I struggle with ongoing side effects, can travel and work. When I realized that I was so lucky, and that so many others were in such terrible condition, I felt guilty to be doing well. Though I felt guilty, I also thought I was qualified to help others understand their options and the research that was going on. Having been a teacher and parent, I decided I should lead by example and share my knowledge. That has changed my life, gave value to my experience and may indeed have helped saved lives of others. The patient to patient advocacy and the patient engagement movement are the real reform movements in health care. Part of my service now is on the board of the Society for Participatory Medicine, www.participatory.org, and work within the Society to Improve Diagnosis in Medicine, www.improvediagnosis.org. 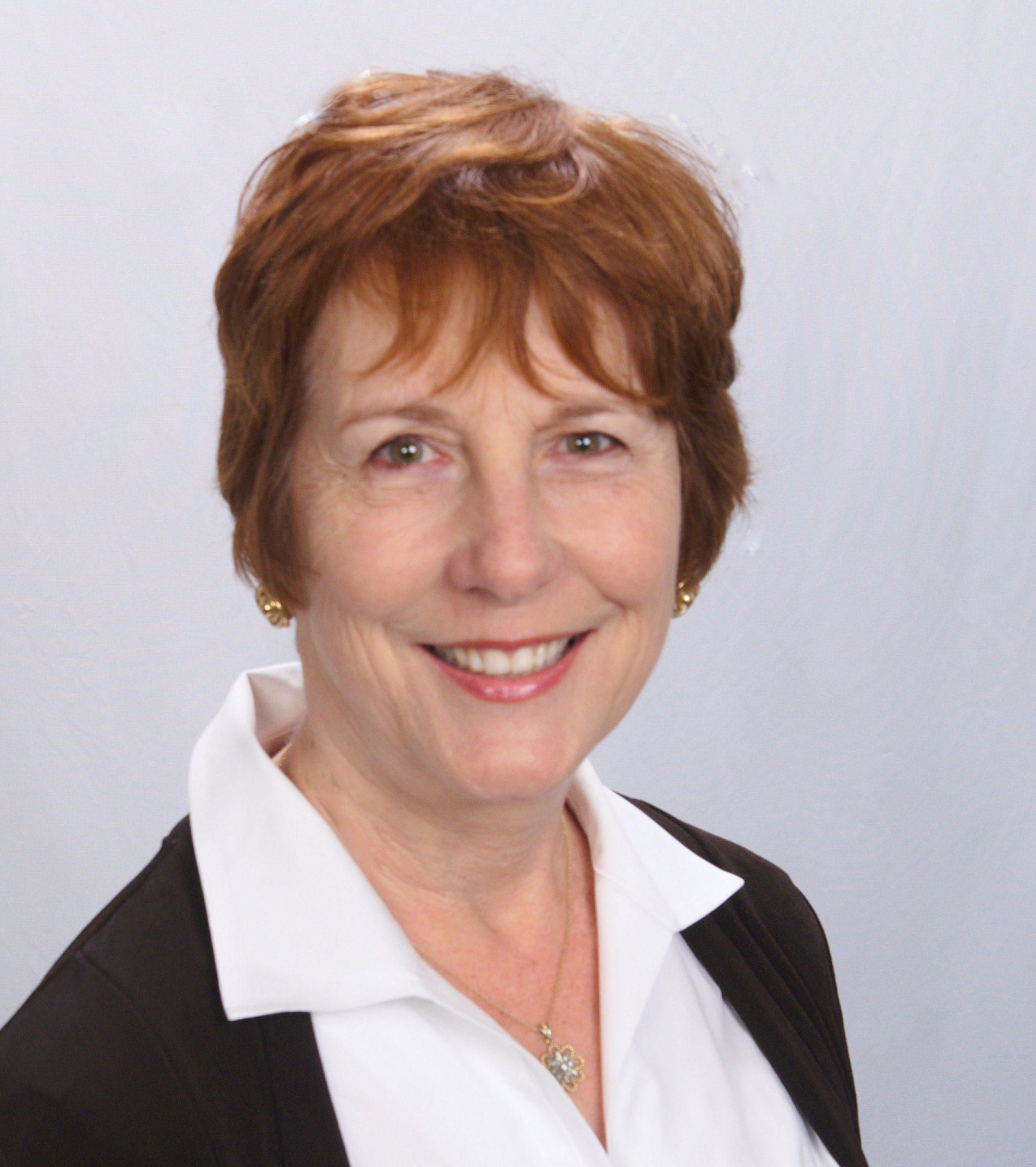 Member
0 Replies
December 17, 2015
Eek, how can I make my photo smaller?
beYOUtifulNEway

Member
0 Replies
December 17, 2015
Debbie Woodbury, Thank you for your story on guilt related to breast cancer. Five years ago today I was (wrongly) diagnosed with Breast Cancer by a surgeon out west. I trusted him and his partner and I believed my diagnosis. I had surgery, including blue dye injected, lymph nodes removed, a partial mastectomy and a brachytherapy device implanted into my breast to deliver six days of radiation. I found out at what was supposed to be my first radiation treatment by the oncologist that the surgeon referred me to, that I never had breast cancer to begin with. I was livid at the time. The surgeon never accepted responsibility for the wrong diagnosis. He claimed it was the fault of the pathologist. It wasn't. Since then, one of my sisters have been diagnosed with DCIS and another sister has been battling melanoma. Her husband had mets to his bones from prostrate cancer. I am still trying to get my wrong breast cancer diagnoses amended from my medical records and the surgeon refuses. Although I had unneeded surgery that caused me medical harm, including chronic nerve damage, my insurance carrier and I had to pay for it all. I have way more compassion for cancer victims and survivors because I know how it feels to have cancer, although I never really did have it. I struggle with feeling guilty for not being more grateful that I never had it. I know there must be millions of people that wish they could say they never had it to begin with. I try not to bring up my battle to get the cancer diagnosis amended from my medical records to those who have cancer, or have had it. I thank God everyday that I did not have cancer, and I have total respect for those going through it themselves, and for their caregivers, family and friends. A cancer diagnosis can knock the wind out of any one's sails.
PeggyRCC

Member
0 Replies
December 18, 2015
Dear BeYOUtifulNEway, THat is a shocking story and one which is far more common than anyone realizes. THis also cries out for giving EVERY patient complete set of tests, lab results and so on, so that they can raise questions in the discussions with far more information. At the very least, it gives the patient greater confidence in the process which they have gone through and thereby, perhaps a willingness to accept the recommendations. In your case, a terrible miscarriage care and of justice, I would supoena all the records, both from the surgeon and the pathologist. It is essential that you and your family understand where the mistake arose, and if this might have any bearing on your health for the future and that of your sister. You may be aware of this fall's Institute of Medicine report on Diagnostic Error in Medicine. This serious issue is not even examined or tracked for the most part. ANd yet you and how many others have had tremendous impact on your lives. In Nov of 2016, there will be another such conference, and with the help of many physicians, researchers and patients, these errors can be minimized. At the very least, there needs to be proper way for you to correct your records. I write about kidney cancer and the errors and delays in diagnosis. If you want to talk, I can be reached through my blog at www.peggyRCC.com. Maybe we all can make a difference for others newly diagnosed and struggling with ongoing disease. PeggyRCC