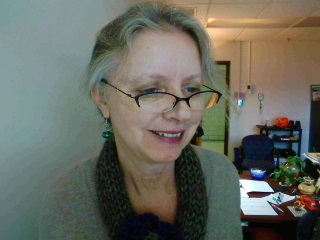 Overview
Posts I've Started
To Bra or Not to Bra? A Good Question for Breast Cancer Survivors
When I was a girl, wearing a bra foreshadowed womanhood. I made my first by cutting a cotton t-shirt in half. Soon enough, my mother bought me a training bra and taught me how to stuff it with tissue.

As I grew older, the bra became an encumbrance. Going braless felt best, and not just because stuffing a bra with tissue seemed impractical. I really did not need a bra until I gave birth at 34. By this time, the bra was not a symbol, but a practicality, like a good sun hat.

After motherhood, I wore a bra more often than not. It was, however, the classic white t-shirt of my childhood that I turned to after a mastectomy to ...

When Cancer Invites Random Acts of Kindness
I am no fragile flower. I am a woman who fends for herself. When cancer made me want to prove to friends and family that I was invincible as ever, the telltale scarf turned me into a kindness magnet that even attracted strangers. I learned that, strangely enough, random acts of kindness from strangers could also make the cancer experience more bearable.

There was a woman in a department store one morning who noticed me and then waited in her truck until I left the store. She got out of her vehicle, ran to me, and told me she wanted to give me an inspirational book that had given her solace when her son was in a job that came with risks. She explained ...