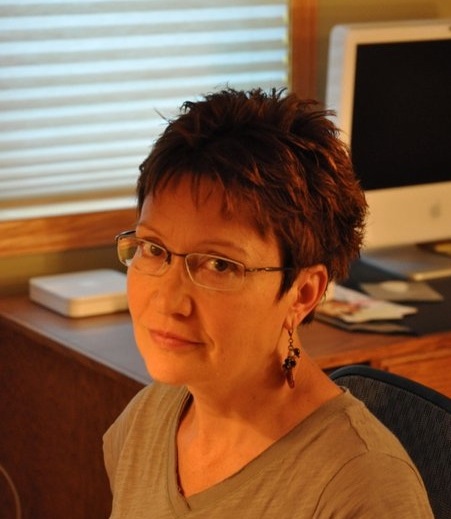 Member
558 Posts
August 02, 2016
I was done with chemotherapy! I was done with radiation! I was done with multiple surgeries, including having my ovaries and uterus removed! My hair was back, and there was some color in my face again! So what was the problem? I didn’t feel normal. In fact, I felt anything but normal. Truly, my weakened immune system landed me back in the hospital with an intestinal infection (C. diff), which is so nasty that it wasn’t a good idea to have visitors.

There is an unhappy little surprise for cancer chemotherapy survivors after their hair grows back. Our bodies are still weakened, and maybe even damaged from treatments. Many breast cancer survivors are on another medication for at least an additional five years that has its own not-so-wonderful side effects. While we struggle to create our “new normal” (I really, really don’t like that glib phrase), we are perceived by those around us as already being “back to normal.” Wrong.  Oh so wrong.

It is great that loved ones are happy for us when we appear to blend back into the pack again. There is no ill will or neglect here. Being treated as “normal again” because we look that way is a perfectly logical and natural response. In a way, it is a relief to blend in again, but when we aren’t feeling great, it can be a little, well, annoying. There, I said it.

I, for one, am grateful for the ability to communicate and interact with other survivors—especially at that point in cancer survival. Support groups, online and in-person connections really help with not feeling well when we look well. We (fellow survivors) get it. What is going on internally isn’t always how things look externally.

This part of the process actually helped me to grow up a little. I realized that it was my job to bring up the topic of my cancers if there was something I needed to say. People aren’t psychic. If you need to say it, say it.

“So how are you?” Hmm. That still is a loaded question that can bother a cancer survivor many months or even years after active cancer treatment. What to say? The usual “Fine”? Probably, and definitely when it is asked in the standard “Hi. How are you?” social context.

Still, there is a little nastiness in me that wants to casually reply to the cashier or the person on the end of the phone with something like “Well, I had breast cancer, chemotherapy, surgeries, radiation and then got a melanoma on the other side of my body, and now I’m worried about (oh pick something—a cough, a lump on my hand, an upcoming mammogram or test result).”

That would be just plain mean, right? I know.

How about when family and friends ask how we are? Well, sometimes I tell the truth (whatever the current cancer worry in my head is) and sometimes I just say “Fine.”

Can you relate to this little rant? How do you respond? Thanks for listening!

Member
0 Replies
June 26, 2016
People are always telling me I look great, but I am not, often feeling lousy, and sometimes just "off". So I say either "fine" or "ok" rather than argue with their impression of me. It's weird, how did I look before cancer? Great? Probably not...BGM
Diane

Member
0 Replies
June 27, 2016
My problem is I feel I have been fighting for so long I can't remember what "normal" is. When people ask it sometimes makes me angry because I feel that will not understand even if I explain.
SJH

Member
0 Replies
June 28, 2016
I usually say something like "doing the best I can", or "I've been better, I've been worse" because unless this is someone who has been through what I have, they most likely don't understand what it feels like to be in my shoes, and no sense saying something upsetting to both of us..so I just keep it light, and move on. I do spend time trying to "fix myself up" so if I hear I look good, that's ok. When you've been through so much treatment & surgery it's really hard to feel you're the same person you were, but I feel like I try to do the best with what I have right now. We all pretty much change when we get older, and this illness kind of moves things along. It's stressful; no doubt about it. I try to focus on what I still have to work with and go from there.
Kathy

Member
0 Replies
July 02, 2016
Sometimes I just also say "fine" because I don't really want to list all my complaints. Sometimes I would like to say I may look good but it's all an act and I feel awful, but I don't want to start a "pity-party" so I just say fine too.