Nikki Mann knows first-hand that it takes patience, diligence and teamwork to help a loved one recover from a stem-cell transplant following a blood cancer diagnosis.

Her husband, Bill Mann, successfully underwent a stem-cell transplant in 2004, four years after he was diagnosed with multiple myeloma at the age of 45.

Although the transplant was uncharted territory for the Manns, Nikki’s role as caregiver had already been cemented through their initial years of his cancer saga. This time, they both had to be mindful of the heightened risk for infection in the ensuing days and weeks, because a stem-cell recipient’s immune system is weakened for a period of time after a transplant.

From an infection standpoint, the main risks are viral and fungal infections, but some bacterial infection risk is present too, particularly for patients whose treatment regimen relies on intravenous catheters that stay implanted for months at a time, says medical oncologist Ravi Vij, a specialist in bone marrow/stem cell transplants at the Siteman Cancer Center at the Washington University School of Medicine in St. Louis, Mo. 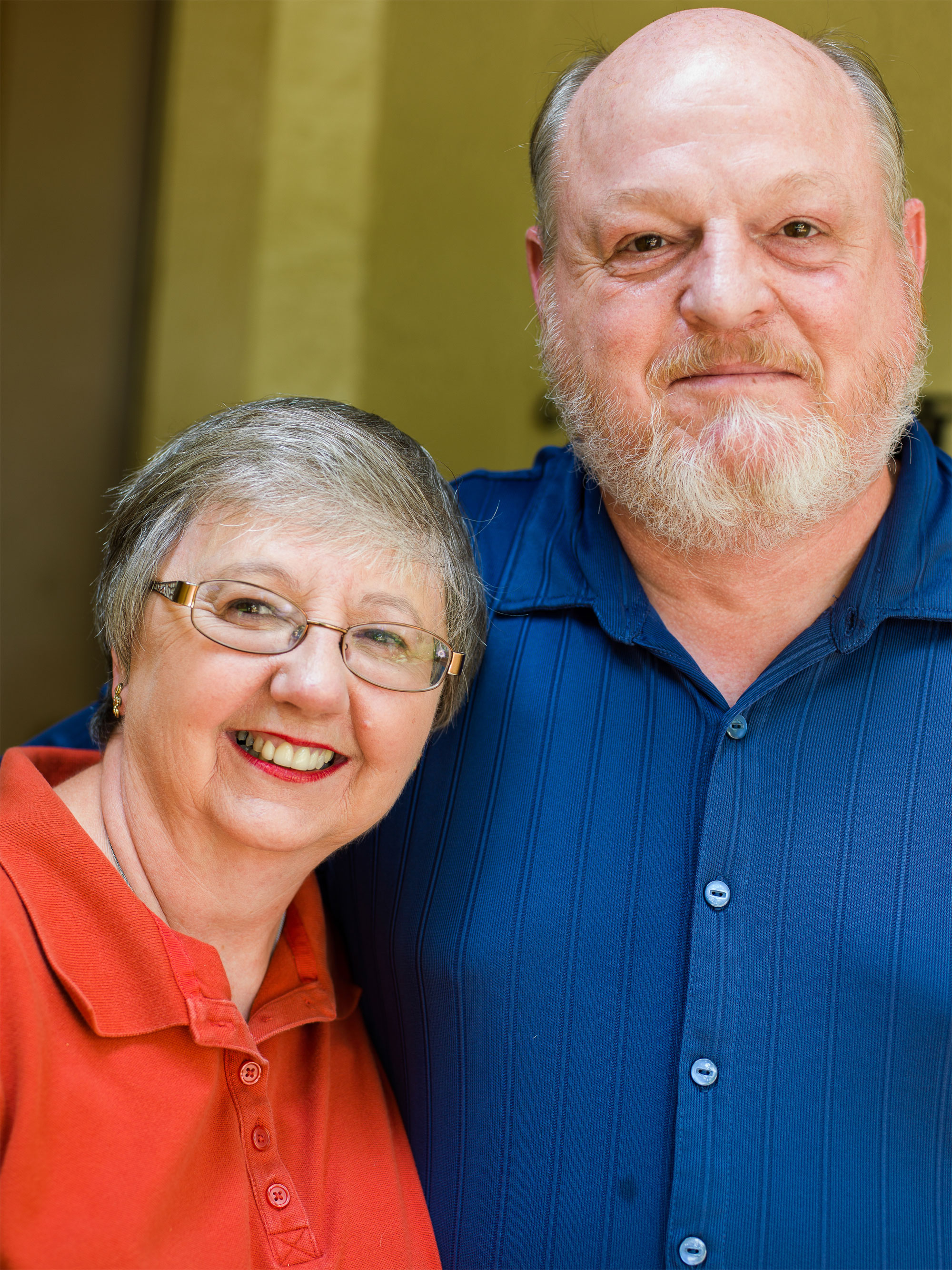 The danger from many infections when a patient’s immune system is underperforming post-transplant, he says, is that they could turn lethal if untreated once symptoms emerge.

The Manns felt prepared to ward off such infections.

“We had four years of chemo and (radiation) therapy before the transplant, so this was like the next step,” says Nikki, a merchandiser sales associate with a real estate brokerage.

Bill’s transplant followed not only extensive chemotherapy and radiation treatments, but surgery to fuse vertebrae in his lower spine, which had been on the brink of collapse because of a blood-cell tumor there known as a plasmacytoma.

The transplant was necessary to boost his bone marrow’s ability to generate new, healthy blood cells after the combination of the cancer and highdose therapies to treat it ravaged his body’s blood-cell replenishment system.

Bill underwent an autologous stemcell transplant, the more common of the two major categories of stem-cell transplants. In that kind of transplant, stem cells extracted from the patient’s own circulating blood are reintroduced into his bloodstream following intensive chemotherapy that would otherwise permanently disable the bone marrow’s blood-producing ability.

The procedure didn’t require any extended stay in the hospital for Bill, who is retired from the Air Force and is a former instruction design contractor for the military.

He and Nikki, 53, who live in San Antonio, Texas, went home the same day as the transplant — although experts say that post-transplant recovery time in the hospital varies by patient and institution and routinely can take two to three weeks.

After the transplant, the Manns were wary of the heightened risk for infection.

They say they feel fortunate to have dodged any major complications as a result of the transplant. There was just one instance that sent them back to the hospital, about a week after the transplant, because Bill had developed a fever of 101 Fahrenheit, and diarrhea.

With the exception of that one incident, “we were surprised that it didn’t affect him as much as we thought it would,” Nikki says.

To contend with the increased risk of infections in the first months after the transplant, they followed their medical team’s guidance and common sense.

Even before the transplant, they had their house’s air conditioning replaced because it was old and rather dirty and they didn’t want it to be the source of any problems posttransplant.

They took care to monitor Bill’s temperature regularly. They washed their hands thoroughly and frequently to counter the threat of bacterial infections. Bill wore a mask to minimize the risk of contracting a virus when they had to leave home for appointments.

They spoke with friends and family by phone instead of having guests over who might have a slight cold or some other bug. He steered clear of the cats’ litter box. He didn’t eat uncooked foods, which could have contained bacteria. She stayed on top of his prescribed medication schedule.

Bill, for a brief time, ceded yard work to Nikki to reduce his chances of developing a fungal infection from the soil. And Nikki kept their house clean and tidy.

Those measures are largely in keeping with steps transplant experts recommend, and may have been even slightly more rigorous than necessary.

For example, as long as other precautions are taken with visitors, such as making sure they aren’t sick and that they wash their hands adequately, there is no reason, from an infection-prevention standpoint, to forbid them from the patient’s home following a transplant, experts say.

“Listen to the physician’s recommendations from the transplant center. There is going to be some difference in policies and procedures from one center to another,” says Vij, who is also a professor of medicine at Washington University School of Medicine. “Patients whose relatives are sick should avoid, obviously, being close to them.”

He also advises patients to avoid construction areas, dust and mold, animal litter, which can contain bacteria or parasites, and soil in the short-term, post-transplant environment.

Risks Depend on Transplant Type

The duration of that short-term period of extra vigilance for infections due to a weakened immune system depends on the patient and the type of stem cell transplant.

The elevated risk for problems is usually lower and of a shorter duration for recipients of autologous transplants, like Bill Mann, than for those who get an allogeneic stem cell transplant, Vij says.

For the latter, a patient’s stem cells are replaced with new, healthy stem cells from a donor or from donated umbilical cord blood after chemotherapy alone or in combination with radiation therapy.

Because allogeneic transplants rely on someone else’s stem cells, the patient may have to be on steroids or immunosuppressive drugs for a prolonged period to prevent or minimize the severity of graft-versus-host disease, or GVHD, he says. GVHD is a complication that occurs, especially for allogeneic transplant recipients, when the donor’s blood cells attack the recipient’s body rather than defending against illness.

While that issue arises almost exclusively among allogeneic transplant recipients, there have been documented but extremely rare cases of GVHD in autologous stem-cell transplant patients also, Vij says.

Caregivers and patients should monitor for signs of GVHD in the days, weeks and months after a transplant, in addition to being vigilant for signs of infections, such as fever, diarrhea and skin rash, says Jeane M. Kuensting, a bone-marrow transplant nurse practitioner at the Siteman Cancer Center.

While the period of intense monitoring for complications can vary from one center to another, the rule of thumb at Siteman is that the first 100 days after a stem cell transplant are the most critical, Kuensting says. Aside from infection and GVHD symptoms, caregivers should be watchful for signs of fatigue in the wake of a transplant and of their own stresses and anxieties, she says.

“Patients can change clinically very quickly,” she says. “There’s a lot of emotional ups and downs with that.”

Caregivers also need to make sure the patient stays hydrated, gets enough nutrition and works to rebuild his or her strength by walking around regularly rather than just lying in bed around the clock, Kuensting says.

Due to their increased infection risk, stem-cell transplant patients may be prescribed preventive medication that they are instructed to take for several months to even a few years, especially after an allogeneic transplant, Vij notes. These preventative medications can aim to thwart viral infections, like shingles, as well as bacterial and fungal infections.

While allogeneic transplants tend to carry a greater share of potential complications and a longer recovery time, they also have a higher potential benefit because they aim to cure the patient of the cancer rather than just extend his life, Vij explains.

But not all blood-cancer patients can be treated with allogeneic transplants, he says.

Despite the need for extra vigilance against infections and other complications in the weeks and months after a transplant, patients and their caregivers can get carried away with worries.

“There are people who get so paranoid about infection that they put themselves in a bubble that can lead to both social and mental deterioration,” Vij says. “Our goal is ultimately to get the patients to be as normal as they can be in their daily activities.”

In Bill Mann’s case, he is no longer employed, though he says that is a function of the job market and not due to medical reasons.

He describes himself as his wife’s personal cook and bottle washer. Though he says there’s not really anything he can’t do now that he was able to do before his transplant, he doesn’t have as much energy as in the past.

“I can work and do something all day but I’ll pay for it the next day if I don’t pace it,” Bill says.

He gets computed tomography (CT) scans every six months to make sure new tumors haven’t surfaced, and he and Nikki do their best to keep their stresses and worries in check.

Partly to that end, they participate in a multiple myeloma support group through the Leukemia & Lymphoma Society (www.lls.org). Members — both patients and caregivers — share not only war stories but also plenty of humor arising from genuine bonds of friendship that they have formed, Bill says.

Another method of keeping worry under control is to take advantage of psychological counseling services that cancer treatment centers may offer. In fact, these can be a resource for both the patient and the caregiver, as is the case at Siteman Cancer Center.

“We have an oncology-psychology service … that’s even available for the caregiver as well,” Kuensting says.

Managing stress is important for any patient-caregiver relationship. But it has added significance for the Manns because, shortly after Bill’s cancer diagnosis, Nikki was diagnosed with multiple sclerosis.

Although her MS has not been debilitating, except for one episode early on, its symptoms flare up when she feels stressed out. They manifest themselves through pain in the back of her head, rapid fatigue and weakened legs from feeling overheated, she says.

Nikki says additional keys for her — and for other caregivers who want to fill that role well — include having good, open communication with your loved one, having friends and relatives outside the relationship who will let you vent and having a life outside the caregiving role.

She says she is grateful that her employer accommodated her schedule to let her look after Bill without forcing her out of her job.

“We were kind of like mini-hermits for a while. If I didn’t go to work, I probably would have gone nuts,” she says.

In addition to work, friends and the multiple myeloma support group, Nikki also sets time aside for quilting and reading.

She says it’s important — both for the patient and the caregiver — that the caregiver not feel bad about taking time to pursue activities that help him or her decompress.

“Don’t feel guilty,” Nikki says. Also, encourage the patient to look after himself or herself and engage in life as much as possible.

“Don’t make the person you’re taking care of an invalid,” she says. “If you do that, you’re going to have some problems.”