http://www.curetoday.com/publications/cure/2015/summer-2015/for-survivors-of-cancer-finding-love-involves-an-extra-hurdle
For Survivors of Cancer, Finding Love Involves an Extra Hurdle
Tia Jones was 28 and stuck in a relationship headed nowhere when she learned that she had stage 2 colon cancer.

“That pretty much did us in as a couple,” says the Wichita, Kan., resident. “At first, I was OK being single. I had enough to manage with staying alive.” But eventually, Jones felt ready to dip her toe back into the dating pool. “I was very nervous. I went from being a carefree, fun-loving person to being a woman with a serious diagnosis of cancer — and an unsexy cancer at that! Of course, I wondered who would want to date me.”

Dating is complicated. Cancer is complicated. The two together don’t exactly make for easy-breezy, get-to-know- one-another-over-dinner-and-drinks conversation. “Cancer makes you reassess and challenge every perception you have in life. It shakes up and undermines your selfworth,” says Erin Nau, counseling and education coordinator for the New York Statewide Breast Cancer Hotline and Support Program at Adelphi University in Garden City, N.Y. “You’re not the same person you were before cancer, and that adds a different dimension to what you want from a partner and out of life.” 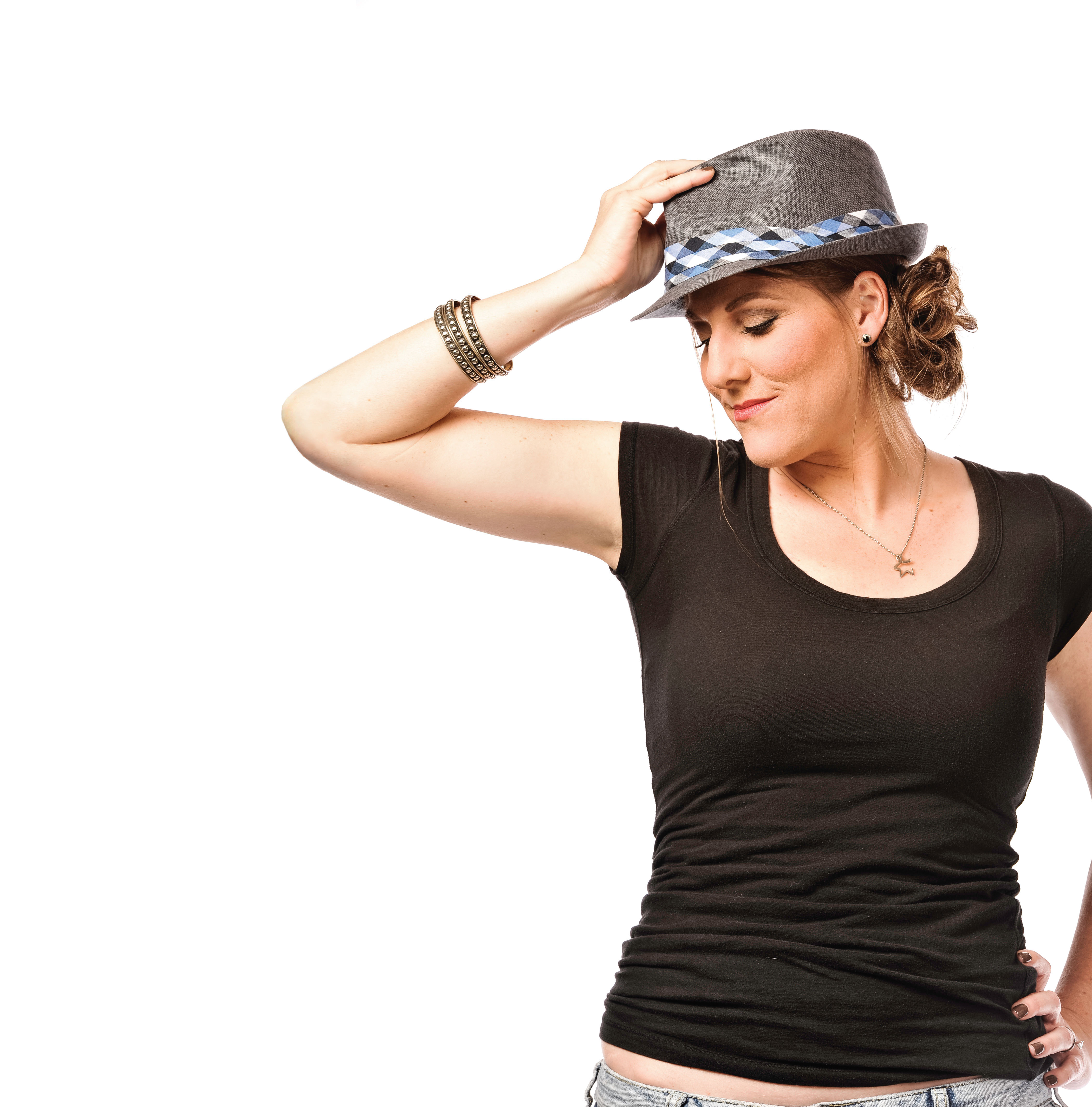 Tia Jones dated and eventually met her husband after being diagnosed with cancer.
[Photo courtesy of Mark McCarty / The Colon Club]

It’s hard to open yourself to dating rejection when you’re already feeling so fragile from a life-altering cancer diagnosis. But many dating variables remain the same regardless of whether the word “cancer” is ever uttered. “The goal of any first date should be to get to know each other and see if there’s enough of a connection to progress to a second date,” says Nau. Every subsequent date is another opportunity to learn more about each other. When the time comes to share more intimate details, “the cancer bomb,” as Jones calls it, may scare off a few suitors. “But if somebody is going to run, you’re better off knowing about it before you invest a lot of time in that person,” Jones says.

When you’re ready to start looking for that special someone, these tips can help you navigate the somewhat murky etiquette of dating during and after cancer treatment.

Getting back in the game. Only you know when you’re truly ready to rejoin the dating scene. Doug Dallmann, of Portland, Ore., has one piece of advice: Wait until you feel pretty good about yourself, both physically and mentally. About a month after starting treatment for stage 3 rectal cancer, Dallmann, then age 40, was online searching for a match. “It was stupid,” says Dallmann, now 45 and in remission. “I was adjusting to life with an ostomy bag. My self esteem couldn’t have been any lower, and yet, I had to prove to myself that I was still desirable, that I wasn’t dead yet.” Those dates, Dallmann concedes, were disastrous.

As with many things in life, timing is key. If your idea of a perfect date is sitting on the couch watching TV because you’re wiped out from treatment, you’re probably not going to be anyone’s idea of a good time. Still, you don’t have to wait until you’re finished with treatment or in remission to start meeting people, as long as you feel the time is right. 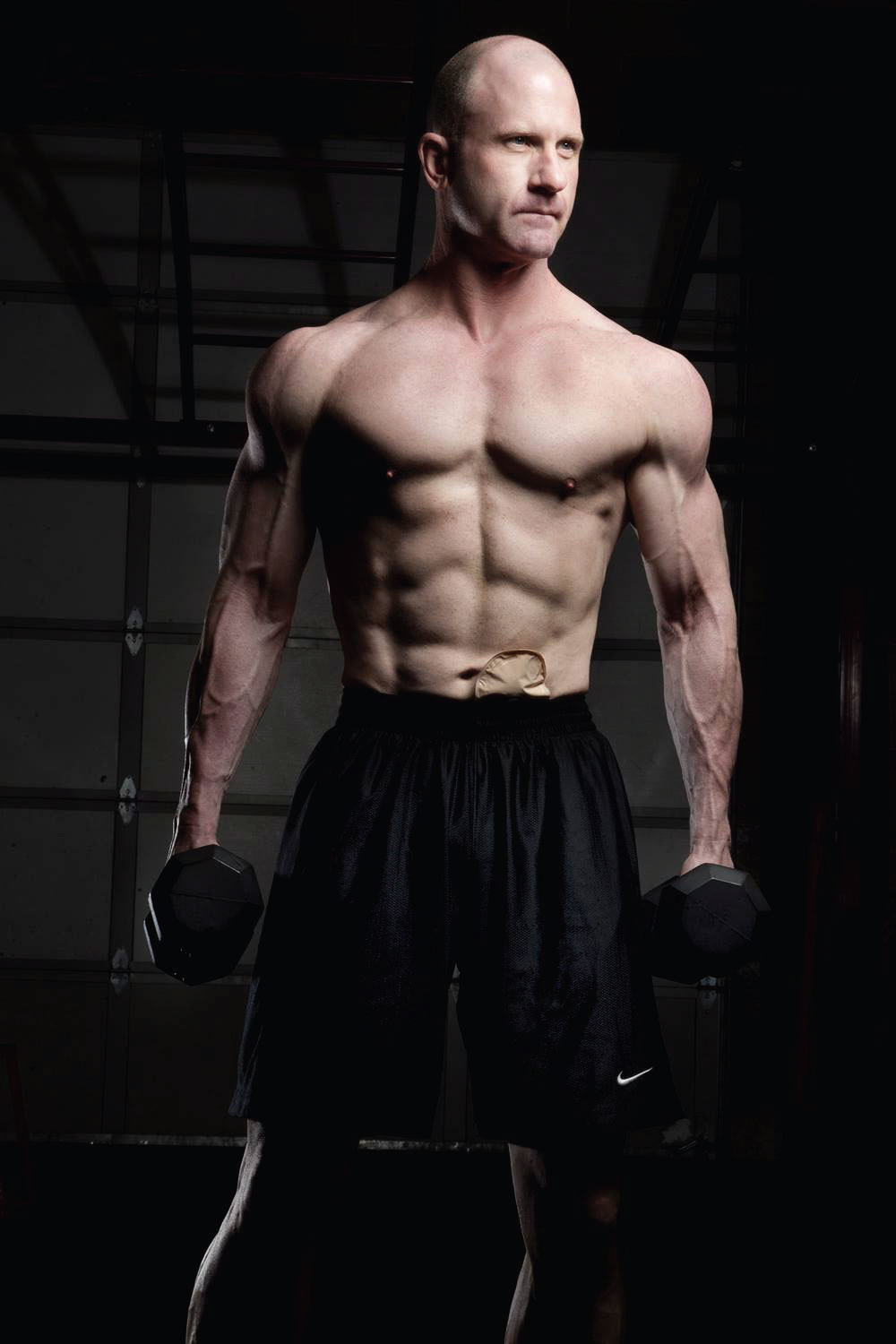 In dating after cancer, Doug Dallman has found it helpful to be open about sexual function and fertility.
[Photo by Eric Wainwright]

If you’re having trouble figuring out when to jump back into the dating pool, consulting a counselor may help, says Corliss Ivy, a mind-body medicine psychotherapist at Cancer Treatment Centers of America at Midwestern Regional Medical Center in Zion, Ill. “Psychotherapy focuses on your ideals and how to build a life that honors every part of you, especially in developing relationships. Dating requires a lot of energy and time. Through the therapeutic relationship with a therapist, you can determine if or when you are physically and emotionally ready to actively seek a partner.”

Consider your options. Online dating sites remain a popular option for today’s singles. “There’s no reason to mention your cancer diagnosis in your profile or email exchanges unless you simply feel comfortable doing so,” says Nau. Some online sites, such as CancerMatch.com, CancerSurvivorDating. com and Prescription4Love.com, connect cancer survivors with other cancer survivors. Sometimes such a connection happens serendipitously. When Jimi Bankole, of Goodyear, Ariz., then 55, met his love through a non-cancerrelated online dating site, he wasn’t sure how she would take the news of his stage 2 prostate cancer diagnosis, for which he was undergoing treatment at the time. It turns out she had fought uterine cancer herself decades ago. “I wasn’t looking to date a cancer survivor,” he says two years later. “However, it’s been helpful to be with someone who understands what it’s like to have cancer and undergo treatments.”

Don’t limit yourself to the online world, though. “Many couples are introduced through mutual friends and connections. Let your friends know when you’re ready to meet new people,” suggests Ivy. Pursue the things that interest you, such as music and hobbies, and attend festivals and venues where you might find someone who shares the same interests.

Jones, now 35 and in remission, is a case in point. She met her husband through mutual friends at a softball game. He wasn’t fazed when she told him about her cancer; in fact, he’d read about it in a newspaper article that discussed Jones running a marathon after cancer treatments, but didn’t immediately tell her that he knew.

Prep for “The Talk.” Figuring out when and how to tell someone about your health history can be tricky and depends largely on your personality and comfort level. “Some people like to bare all right away and just get everything out in the open. Others prefer to wait and see if the relationship has potential,” says Nau. “There’s no right or wrong way. You may tell one person the first time you meet; with another person, you might wait a month. You need to do whatever feels right to you.”

When Jones was dating, that meant waiting until the third date to drop “the cancer bomb.” “Date number three was just an arbitrary number I settled on based on relationship advice I had read for cancer survivors,” she says. “In hindsight, I should have gone with my gut instead of some made-up rule. This only made me hope that there wouldn’t be a third date!”

If you’re struggling with how to broach the topic, try writing down what you want to say and then have some trial conversations with a friend or loved one, suggests Leslie Schover, a professor of behavioral science at the University of Texas MD Anderson Cancer Center in Houston. “Think about the messages you want to convey,” says Schover. For instance, you want to be seen as someone who faced cancer and remains a valuable and lovable person. You’re a survivor, not a victim.

Role playing with a family member or friend may feel silly, but it can help you prepare for other people’s reactions. “It can be liberating to imagine the worst-case scenario before it occurs,” says Schover. “If someone stops answering your calls or messages after you’ve been honest with them about your cancer history, then the evidence is clear that they weren’t the one for you.” Dallmann concurs: “In some ways, revealing you have cancer is a good way to filter out people who are too shallow or caught up on trivial things — people you probably don’t want to spend a lifetime with anyway.”

Focus on the positives. As with any new relationship, you want to play up your best attributes. “Though a cancer diagnosis can present as a loss in many aspects of your life, it does not have to be the sum total of your life journey,” says Ivy. “It’s one aspect of one experience in your life.” In other words, you’ve got a lot more living, giving and loving to do. Let your date know that!

Another important message to convey is that cancer isn’t necessarily as lethal as some people might believe. “As a culture, we are gradually moving to a place where cancer is viewed more as a treatable or chronic illness, much like other diseases. However, even with recent advancements, cancer may still be a difficult word to hear, especially when you are ready and actively engaging in the dating world,” says Ivy.

Rally the troops. It’s always good to be able to talk to friends about your dating life. It also can be helpful to talk to others who are dealing with the complexities of dating and cancer. Some cancer treatment centers, such as Memorial Sloan Kettering in New York City and Dana-Farber Cancer Institute in Boston, have support groups and programs that focus on dating and sexuality after cancer. (You don’t have to be a patient at Dana-Farber to take part in its sexual health program.) You can check with your doctor or care center to see if this type of support group is available in your area. You also can connect with others through online support groups run by organizations including CancerCare or the Young Survival Coalition, a support group for young women with breast cancer.

Redefine your sexpectations. At least half of people with breast, prostate, colorectal or gynecologic cancers have some type of sexual problems after treatment, such as loss of desire, painful intercourse or erectile dysfunction. Even when cancer doesn’t directly affect sex organs, side effects from chemotherapy and radiation can kill libido and cause vaginal dryness or erectile dysfunction. It’s a good idea to work with health care professionals to ease these problems as effectively as possible, or with a psychologist to get help adjusting to these changes, before starting to date. How and when you choose to address these issues during a dating relationship is again dependent on your comfort level. “Some women ask about sexual function when they find out I have an ostomy bag,” says Dallmann. “Sometimes they’re too polite, so I’ll bring it up if I think it’s a concern.”

It’s important to be honest about sexual issues before becoming intimate, says Schover. “Your partner should know if you’re using medications to get an erection, or if you need lubrication to make intercourse more pleasurable,” she says. The point isn’t to embarrass anyone. Rather, it’s to make sure that both parties enjoy a fulfilling experience.

Body image issues also can affect libido. Chelene Logan, of Palm Springs, Calif., was 21 when she was diagnosed with lymphoma. When her hair started falling out from chemotherapy, Logan’s self-esteem was rocked. “I’m a hair stylist, so of course I take a lot of pride in my locks and my appearance,” she says. Fortunately for Logan, the new guy in her life found her baldness a turn-on. “I’d been cutting Steven’s hair for years, but we didn’t start dating until after my diagnosis,” Logan says. “You’d think something like cancer would scare off most guys, but Steven was there for me throughout everything.”

The couple were married in May of 2015. Logan, now 26, is still receiving treatments for her lymphoma.

“Steven taught me that you shouldn’t close yourself to options just because you have an illness,” Logan says. “If you do that, you might miss out on your chance for true love — and sometimes love happens when you least expect it.”
Print | cure Printing...