http://www.curetoday.com/publications/heal/2015/summer2015/getting-some-sleep-new-strategies-for-survivors
Getting Some Sleep: New Strategies for Survivors
Kathy LaTour
It’s the middle of the night, and Heidi Floyd is once again answering email in the bathroom so she won’t wake her husband. Now five years out from her second round of breast cancer, Floyd struggles nightly to stay asleep.

“I think it’s a combination of things,” says the mother of four. “I used to sleep on my belly and now I can’t. And I have lymphedema and will wake up with my arm asleep.”

Oh, and don’t forget the hot flashes, she adds, calling them a side effect of the estrogen blocker she must take.

While it’s not hard to understand why an estimated 80 percent of those in treatment have sleep issues while coping with the stress of the unknown and drugs that disrupt the body in multiple ways, the idea that sleep challenges may continue into survivorship comes as a surprise and disappointment, Floyd says.

Julie Otte, PhD, RN, OCN, assistant professor at the Indiana University School of Nursing, says the number of survivors of breast cancer with sleep issues ranges from 60 to 90 percent, depending on the study and the research parameters.

“This is compared with 55 percent of those who have not had cancer,” she says. “The problem in studying sleep is how sleep is measured and how people conceptualize it.”

There are many subtypes of insomnia, Otte says. It could be the result of medication or hot flashes, but when sleeplessness continues over a long period, it becomes insomnia syndrome.

“We need to know exactly what wakes the women up to identify the underlying issue to see if it’s psychological or physiological,” Otte says. 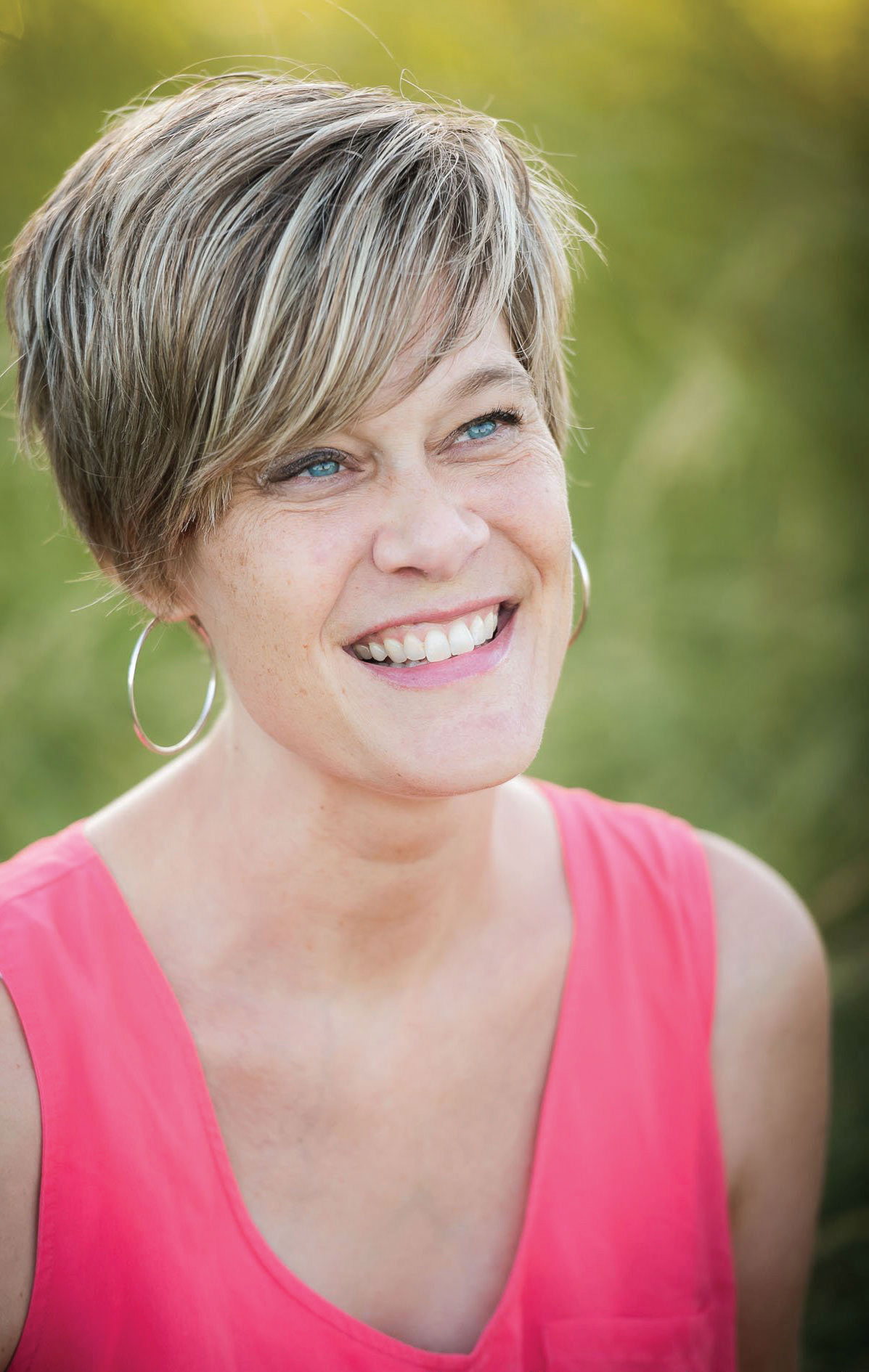 Floyd, now living in Atlanta, says her first diagnosis in 2005 was a 10 on the stress meter and left her with insomnia. Diagnosed with stage 3B breast cancer and eight weeks pregnant with her son Noah, she didn’t have health insurance because her husband was a seminary student. The first oncologist she saw wanted her to terminate the pregnancy. She refused and found another oncologist who was willing to treat her and, as she says, her son, who is now a healthy 10-year-old.

Her recurrence in 2011 meant more surgery, more treatment and less sleep. When a tumor was discovered on the scar tissue of her first mastectomy, she asked for a bilateral mastectomy. They reluctantly agreed, and pathology revealed a small cancer in her “healthy” breast.

Her insomnia got worse with physical pain and lymphedema now part of the equation, not to mention the stress.

She says she never has trouble falling asleep, but after a hard sleep for an hour and a half, she is up every 45 minutes. She tried napping during the day, which didn’t help, and she doesn’t want to take medication.

The Importance of Sleep

Luckily, new attention is being paid to sleep as a survivor issue and one that may significantly affect quality of life as well as health. It is during sleep that the body repairs and restores vital functions, providing the down time the body needs to repair cells and tissues.

Sleep also affects the waking hours with studies showing those who are sleep deprived may have daytime consequences, such as trouble making decisions or paying attention.

And the damage from inadequate sleep can raise the risk for some chronic health problems as well as how well we think, react, work, learn and deal with others. Indeed, a new study shows that “sleep efficacy, a ratio of time asleep to time spent in bed, is predictive of survival time for women with advanced breast cancer.”

The study results, which were published in early 2014 in the journal Sleep, involved 97 women with advanced breast cancer. In what the authors called the first study of its kind, mean survival was 68.9 months for efficient sleepers compared with 33.2 months for those with poor sleep efficacy.

Survivors may suffer from a variety of sleep disorders, including insomnia, the inability to fall asleep and stay asleep; circadian rhythm disruptions, the inability to sleep and wake at the right times; hypersomnia (difficulty staying awake during the day); sleep-related movement disorder such as restless leg; issues related to sleep stage or partial waking; or sleep-disordered breathing such as apnea, when breathing stops for 10 seconds or more during sleep. The symptoms of sleep apnea may include snoring, stopping breathing during sleep (apnea), and excessive daytime sleepiness.

One of the challenges of resolving sleep issues, says Otte, is understanding the multidimensional aspects of the problem, which can be both psychological and physiological.

If there aren’t major physiological problems such as sleep apnea or restless leg, Otte says, cognitive behavioral therapy (CBT) is the only current approach recommended as an effective treatment for insomnia (see sidebar).

“In order to have effective treatment of sleep problems, such as CBT during survivorship, the underlying physical issues need to be assessed and addressed first such as restless leg or apnea,” Otte says.

For her own management, Floyd relies on good sleep hygiene, a set of activities that includes staying away from caffeine and spicy food and keeping the room she sleeps in cool and dark.

Floyd wants to know solutions so she can pass them on to the women she comes in contact with as the executive director of Pink Power Moms, a networking group of breast cancer survivors who are inspiring and empowering the survivors in their community.

She says she doesn’t want to tell them that the sleep issues they experienced during treatment may stay around for years, and yet undertands that knowing they aren’t the only one will help reduce stress.

“I do find that the more I exercise, the better it is for my sleep, not because I am more exhausted but because I am balanced,” she says, adding that what she wears to sleep cannot be constrictive in any way, meaning it’s usually a cotton tank or double layer nightgown. If she wakes in the night, she meditates in bed via prayer while trying to resume sleep before rising, and she is always sure she has water next to her to prevent a trip to the kitchen.

As sleep disorders have garnered more attention among cancer researchers, the therapies to alleviate the problem have came under study. While a number of therapies have been explored, only cognitive behavioral therapy (CBT) has been accepted as a recommended therapy for insomnia by the Oncology Nursing Society in its Putting Evidence into Practice (PEP) guidelines. To be listed in its “Recommended for Practice” category, effectiveness has been demonstrated by strong evidence from rigorously designed studies and for which expectation of harm is small compared with benefits.

Ann Berger, PhD, APRN, AOCNS, FAAN, Associate Dean for Research at the University of Nebraska Medical Center College of Nursing and member of the sleep/wake disturbance PEP team, describes CBT for insomnia as a therapy to assist patients to change beliefs and behaviors regarding sleep.

“A therapist first learns about the person to determine the preexisting issues about sleep. How did you sleep before the diagnosis compared with now?” asks Berger. The therapist next identifies factors that precipitated sleep disturbances, such as the diagnosis of cancer or a particular cancer treatment. Lastly, a therapist will learn about beliefs or behaviors that perpetuate the sleep disturbances so they can be addressed.

For example, Berger says, the person may believe that when they wake in the night, watching television will put them back to sleep.

“We need to dispel cognitive beliefs that have no evidence,” she says, “and once that is accomplished, a new behavior needs to be put in place such as suggesting that the person go to a quiet place to use headphones to listen to music instead of using light-emitting devices such as television or mobile devices.”

CBT will be unique to each person as they explore the association among thoughts, feelings and behaviors. Individuals can identify behavioral changes that will help them develop skills to solve problems and to implement new behaviors.

In addition to the “Recommended for Practice” category, the PEP Scale includes interventions deemed “Likely to be Effective” (listing interventions for which effectiveness has been demonstrated “from a single rigorously conducted controlled trial” in addition to other recognized levels of study). For sleep/wake disturbances, both exercise and mindfulness-based meditation are listed in this category. To see where other complementary approaches fall, go to https://www.ons.org/practice-resources/pep.

Berger says research is ongoing to determine how best to deliver CBT, as sleep specialists are not yet available in all cancer centers.

She doesn’t recommend pharmacologic options except for a short period of time to address a specific crisis. “The drugs have not been studied either as long-term solutions or against other drugs the person may be taking.”

For information about pharmacologic agents for sleeplessness, she recommends visiting the NCI page on drugs. In addition, MD Anderson Cancer Center has opened a dedicated sleep center where survivors can receive counseling and find resources.
Print | cure Printing...