What Do 120 Cancer Survivors Have in Common?

Photographer and cancer survivor chronicles journeys of affirmation — including his own.
BY Bill Aron
PUBLISHED September 02, 2015 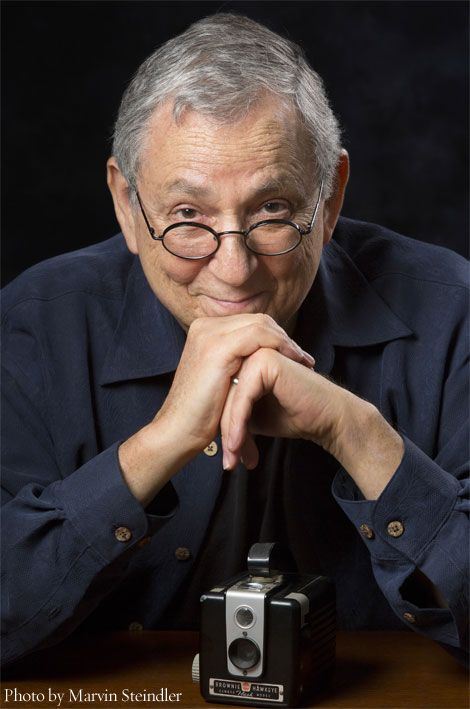 In my book, “New Beginnings: The Triumphs of 120 Cancer Survivors,” I endeavor to capture the individual and the psychological transitions survivors navigate through photographs and vignettes about their journeys. It is not about the diseases we call cancer. In my interviews with 120 survivors, I have identified four phases of cancer: diagnosis, treatment, the silent phases and, finally, the acceptance that there will be a new beginning — a new normal.

Four decades ago, there were three million cancer survivors living in America. As of March 2015, there are more than 14 million, with the number growing every day. About 65 percent of cancer survivors have lived at least five years since receiving their diagnosis, 40 percent have lived 10 years or more, and nearly 10 percent have lived 25 years or longer. This all means that there is a steadily growing population of survivors who are asking the question “What now?”

Cancer forces people to put their lives on hold. It can cause physical and emotional pain and result in lasting problems. It may even end in death. But for many people, it means a new perspective on life. It is as if their senses become more finely tuned by facing their own mortality. Their lives take on new meaning.

When I was diagnosed with cancer, I was devastated. My first reaction was fear, which was soon followed by a crushing sense of feeling all alone. I felt alienated and estranged from everyone. It was like I was living in a different universe. Susan Sontag described this feeling well when she wrote that the sick person is transported to another country, separate and distinct from the land of the healthy. And, I was so angry. This became my new normal. 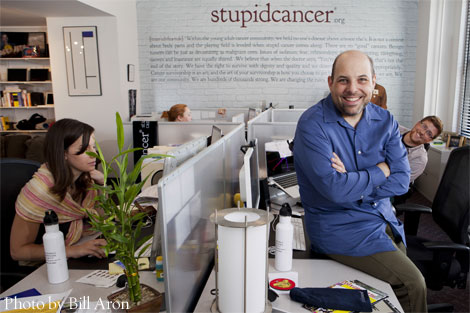 "When I was buried under a blanket, miserable and sick, I developed my mantra and wallpapered my bedroom with it: ‘Everything that happens to you, whether you like it or not, becomes a part of your life. You must live your life and be the best you can be every step of the way.’ That and the music got me through treatment and out of bed. That was my anchor." - Matthew Zachary, founder and CEO of Stupid Cancer, age 21 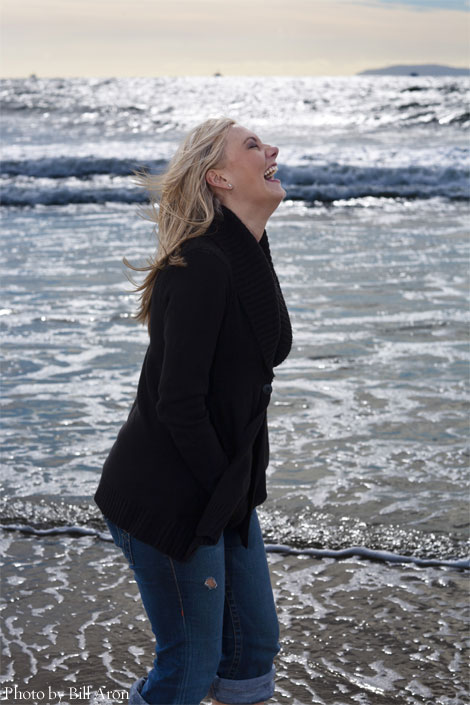 "My angel (another patient who had comforted her during chemo) had changed my life forever. I had a duty to teach what she had taught me: listen to others and not to my pain; be kind, not selfish. Everyone is battling something. I realized that I’m not a lone soldier." - Tiffany Grayley, age 22


Then, after my treatment concluded, I was surprised to find myself experiencing an anomic terror when my oncologist said, “Ok, you’re good to go. Aren’t you glad you won’t have to see me so frequently?” My first thought: “What am I going to do?” I couldn’t get over that empty feeling.

Over time, I began asking other survivors about how they felt when their treatment was finished, and many acknowledged similar feelings. One survivor, Kim Linz, even gave a name to it, labeling it the ”silent phase” of cancer, when the frenetic flurry of treatments and doctors’ appointments is replaced with a gaping silence and an uncertainty about what the future holds. 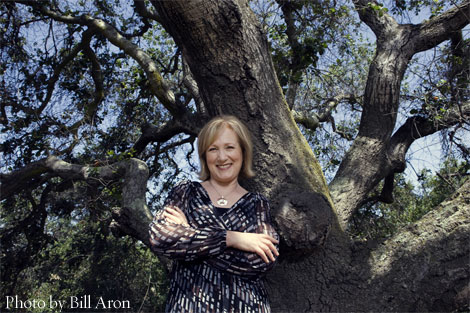 "Cancer shattered my illusion that I have a long life ahead of me. I may. I may not. I can’t control how long I live, but I can control how I live. One of my mottoes has become ‘control the controllable and leave the uncontrollable to God.’ I don’t get to determine the number of my days, but I can determine the quality of the days given to me." - Kay Warren


At this point, survivors are left to their own resources as they attempt to move forward. Family and friends expect the survivor to move on. But, as Dr. Thomas R. Frieden, director of the Centers for Disease Control and Prevention, reflects, “Having cancer may be the first stage, really, in the rest of your life.” Ellen Stovall, a senior health policy adviser for the National Coalition for Cancer Survivorship, has written: “With cancer, it’s not ‘death or cure’ anymore … Learning to live with cancer is a very different mindset, and many need to figure out how.”

Adjusting to my new state took some time and the help of not only a team of sensitive physicians, but also that of a gifted therapist. I became aware of what really mattered. I focused on what I loved about my work, and tried to eliminate tasks I disliked. I consciously strove to make my family and friends a bigger part of my life. I became a better husband, father and friend.

Cancer became, and many survivors concur, a gift, a catalyst for accepting my limitations, my mortality, and my strengths. Cancer gave me the opportunity for a new beginning. I wanted to help others, as I myself had been helped. I wanted to create the kind of book I wish had existed when I was diagnosed.

As I spoke with the survivors in “New Beginnings,” I discovered an intriguing combination of fragility and inner strength. They were fragile in that they had a realistic assessment of what they had lost, and of the obstacles that lay ahead. They had undergone a sometimes painful process of self-examination, honestly facing up to their shortcomings and mistakes, while determining to do better. Their strength was based on a belief that they could overcome the obstacles, and that their fate was in their own hands. They did not necessarily think of themselves as being cured; but they felt that they were going to do everything possible to make the most out of whatever time they had left. 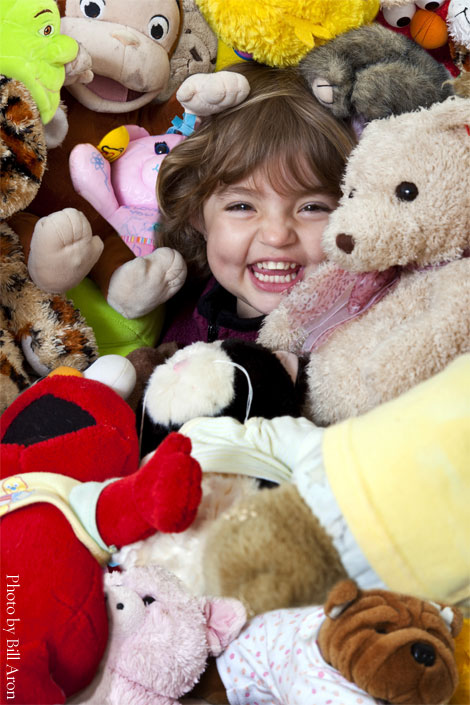 "Life is about moments. We have started to live day-by-day, hour-by- hour, and sometimes second by second. And when you sit there with those seconds seemingly so long, you realize how many of them you have. We have the luxury of seeing so many little gifts that other people don’t see. The smell of my daughter’s hair in the morning is one such gift. My favorite daily gift is getting to snuggle in the morning. There is a constant reminder that she’s borrowed. She’s not ours." - Bridget Colby, mother of Sophia (diagnosed at age 15 months)


For everyone in this book, there is a sense of gratitude, the understanding that all is a gift.

Cancer makes us realize that each day is meant to be appreciated.

The experience of diagnosis and treatment had woken them up, and many were willing, even eager, to change their lives. Some changed careers; some reordered their priorities; others simply reaffirmed that the path they had chosen was right for them. They changed in other ways as well, altering their diets and taking up exercise. They explored ways to give back to the “cancer community” by raising money, visiting treatment centers, founding survivor organizations and reaching out to others who had been diagnosed. Some even felt they were living for those they had known who had died. Their motivation was the belief that they could make a difference.

A good friend recently said to me: “You know, I don’t want to be diagnosed with cancer, but I do wish that I could have that experience of ‘having survived’ so I could make changes in my life.”

Perhaps cancer survivors can demonstrate the way for us all to a better life, to a life well lived. “New Beginnings: The Triumphs of 120 Cancer Survivors,” a project by and for cancer survivors, is Bill Aron’s third book. It is a collection of narratives and photographic portraits of men, women and families of children. Though they vary in age, ethnicity and diagnosis, they all share the ability to turn a diagnosis of cancer into a positive force in their lives. Aron first gained international recognition for his first book, “From the Corners of the Earth,” which chronicles the Jewish communities of the former Soviet Union, Cuba, Jerusalem, New York and Los Angeles, and was published by The Jewish Publication Society. Algonquin Books published a second volume of his work, “Shalom Y’all: Images of Jewish Life in the American South.” Aron lives in Los Angeles with his wife and two sons.
Be the first to discuss this article on CURE's forum. >>
Talk about this article with other patients, caregivers, and advocates in the Survivorship CURE discussion group.