There are currently 30 million Americans with some form of liver disease. Through education and advocacy, the American Liver Foundation wants to decrease that number.
BY Lauren Santye
PUBLISHED March 04, 2016 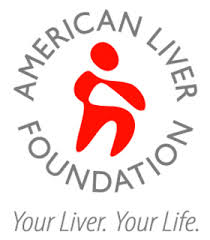 For many people, the specter of liver cancer can hide behind a host of other liver diseases.

Currently, there are approximately 30 million Americans with some form of liver disease. Of these individuals, there are as many as 25 percent with non-alcoholic fatty liver disease, with some evidence of the condition even being seen in children.

Fatty liver disease can progress to more serious illnesses, including liver cancer. These factors make it vital for patients to seek out help for liver conditions as soon as possible.

With 14 staffed divisions across the United States, the ALF looks to facilitate, advocate and promote the education, support and research for liver cancer.

A cornerstone of ALF support services is their national help line, 1-800-GO-LIVER, which receives about 6,000 calls each year from patients and family members seeking information and guidance.

The foundation also provides numerous educational programs held by staff across the country.

Among these programs are:
Be the first to discuss this article on CURE's forum. >>
Talk about this article with other patients, caregivers, and advocates in the Liver Cancer CURE discussion group.