Cancer Support Community: Interactions Can Make All the Difference

During his battle with throat cancer, Lee Tomlinson says he wishes he went to the Cancer Support Community earlier.
BY Jared Kaltwasser
PUBLISHED March 10, 2016 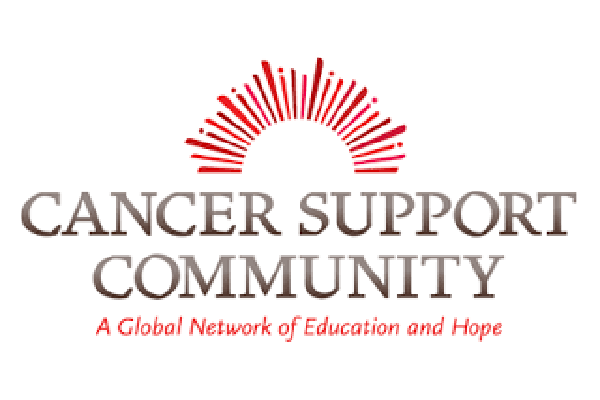 Lee Tomlinson was familiar with the Cancer Support Community (CSC) long before he was diagnosed with throat cancer.

“Honestly, I’d heard of Gilda’s Club,” he says, referring to the CSC affiliate. “It’s because I work a lot in the entertainment industry. So I heard of that and I knew it had something to do with cancer, but I’d never had any cancer experience, so I never paid much attention to it.”

The Cancer Support Community is a global network of cancer support programs based in Washington D.C. The organization is the result of a 2009 merger between The Wellness Community (TWC), a support network for cancer patients founded in 1982, and Gilda’s Club, which was modeled after TWC and created in 1991 to honor Gilda Radner, the "Saturday Night Live" star who died of ovarian cancer in 1989.

Today, the Cancer Support Community not only provides direct support for patients, survivors and caregivers, but it also funds research and policy advocacy.

Though Tomlinson had heard of the nonprofit, it wasn’t top of mind in 2012 when doctors told him he had advanced stage 3 throat cancer. The news was a shock. He never smoked or drank — two habits linked to throat cancer.

The diagnosis came with hard realities and choices. First among them: the question of whether to use a feeding tube.

“In the massive understatement that oncologists tend to use, (my oncologists) said it’s going to be ‘somewhat painful’ for you to swallow,” he says.

But Tomlinson was a former pro athlete, mountain climber and marathon runner. He wasn’t afraid of “somewhat painful.”

“I said, ‘Does anybody ever not get feeding tubes?’ And they mentioned a SWAT team member and a pro racecar driver as the only two people in all of their lives who had not gotten a feeding tube,” he says. “So I said I don’t need it.”

That decision would soon expose Tomlinson to excruciating pain.

“I couldn’t swallow saliva,” he says. “It was like swallowing broken glass.”

He couldn’t eat, lost 60 pounds, and found himself with a damaged immune system and the constant threat of infections.

Now cancer-free, Tomlinson says that decision was one of two things he wishes he could do over again. The other? He wishes he’d gone to Gilda’s Club and Cancer Support Community sooner.

“Again, male ego taught me to be the provider, taught me to be the tough guy above it all,” he says. “So I resisted not only the possibility of help for an organization, the CSC, but also help from my friends. I completely isolated myself, embarrassed and ashamed that it was killing me and I couldn’t admit that as a man.”

It wasn’t until near the end of his treatment when a friend, who was also going through cancer at the same time, mentioned CSC in a casual conversation.
Tomlinson took his friend’s advice and went. He quickly became not only an active participant, but a vocal advocate for the group.

“There is no question whatsoever that compassionate, caring, kind, thoughtful interactions between people dramatically and measurably impact the speed with which one heals, the likelihood of one healing and increases the will to live, which is critical in life-threatening diseases,” he says.

Tomlinson said the CSC is also a crucial resource for survivors, helping with everything from emotional support to financial advice. He also encourages physicians to make their patients aware of support groups, and the critical role they play.

“If you can’t get the word out by the medical providers, it’s a real uphill battle,” he says.
Be the first to discuss this article on CURE's forum. >>
Talk about this article with other patients, caregivers, and advocates in the General Discussions CURE discussion group.