Conquering Pediatric Cancer: Why Hugs for Brady Isn't Giving Up the Fight 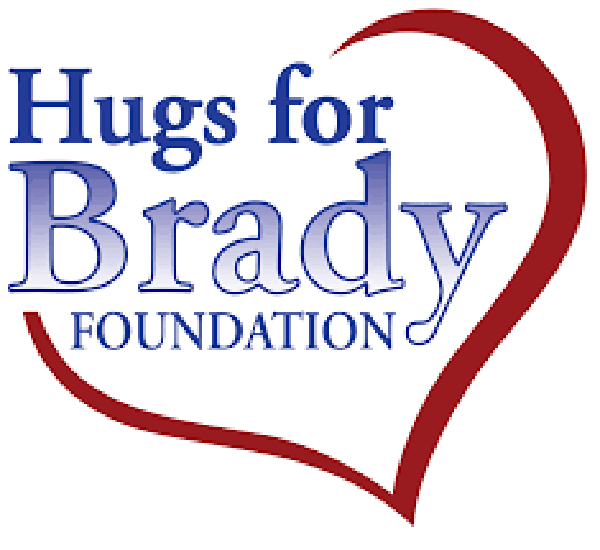 In 2009 Sherrie and Michael Wells welcomed a healthy baby boy named Brady into their family.

Thirteen months later, after a trip to the emergency room for a swollen eye and a high fever, they were told four words no parent ever wants to hear — “Your baby has cancer.”

“In an instant our entire world turned upside down,” says Sherrie Wells.

For 10 months, Brady endured multiple surgeries for the treatment of his non-differentiated acute leukemia, including 66 blood and platelet transfusions, a stem cell transplant, six rounds of chemotherapy, and more.

“I don’t think people understand that what a child goes through with cancer is exactly the same as what an adult goes through, except that they have less information and they are probably a lot more scared, even if they don’t always show it,” says Wells.

Friends and family sent money to support the Wells family through this tough time. But the Wells, who were witnessing the struggles of not only their son, but so many other children being treated along with him, felt that the money should go to the hospital to help improve treatment for kids with pediatric cancer.

That idea grew through Brady’s treatment and eventually the couple decided to start a foundation, which they named “Hugs for Brady.”

Sadly, Brady lost his battle to pediatric cancer in 2010.

“We knew nothing about foundations or what to do, but we knew that one way or another, we had to make a difference,” says Wells. “We were going to spread awareness and let people know that kids get cancer, too. I’ve been shouting it from the rooftops ever since.”

The organization has raised over $1 million, and has helped fund multiple research projects and quality of life initiatives for children battling cancer.

“Pediatric cancer is a sad topic, so people don’t like to talk about it,” says Wells. “What I try to do is to tell people the bad stuff, and what got me to this point and why the foundation was established, but I also try and tell them about all the good things and are happening. That we really are making a difference and that research really is moving forward. If people commit to making donations, and putting their money into good foundations, that money will go toward research and research will conquer pediatric cancer one day.”
Be the first to discuss this article on CURE's forum. >>
Talk about this article with other patients, caregivers, and advocates in the General Discussions CURE discussion group.