"When you meet someone who is suffering because she was told she could only have a mammogram when it was too late, everyone will agree: if a woman is thoroughly educated about the negative effects of screening and still decides to have the mammogram, she should be able to make that decision without a financial burden."
BY Karen Tran-Harding, M.D.
PUBLISHED January 22, 2020
When I meet Cariann Gustafson, she is sitting up in her hospital bed attached to an intravenous pump administering powerful pain medication for unrelenting pain with a nasal cannula in place for oxygen. Her lovely daughter Ashley is with us, making sure her mother is comfortable. Despite her situation, Cariann - who worked as a dinner train supervisor until just recently when she became too ill to continue - remains spirited, and uses humor to get through her days in the hospital. She’s a doting mother of six, with children and grandchildren spread across multiple states.

When Cariann was 45 years old, she asked her family physician to get a screening mammogram.

“I was actually asking my doctor for five or six years to please give me a mammogram,” says Cariann. “He told me no, that the age is 50 years old and he couldn’t do it.” 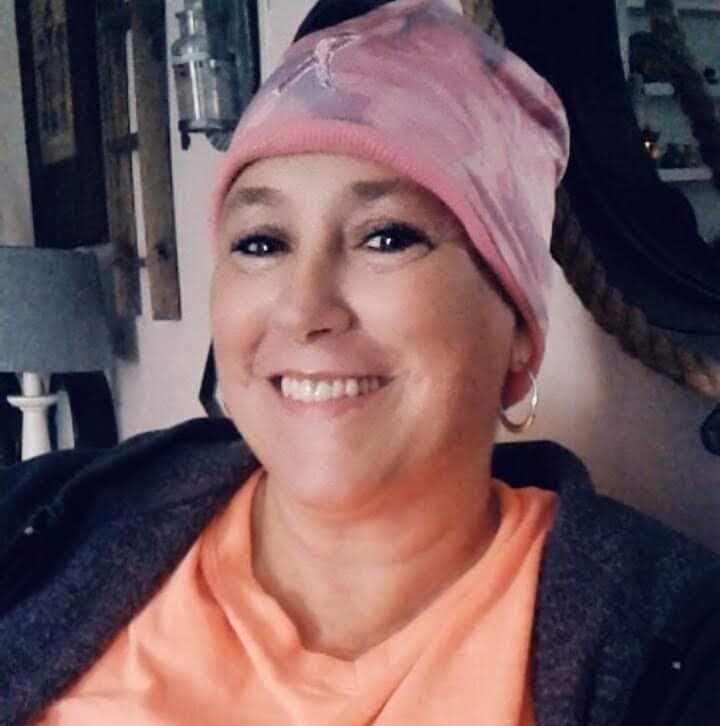 At that point she tried to take matters into her own hands, but unfortunately “my insurance wouldn’t cover it and I couldn’t afford the money they wanted for the mammogram,” she adds.

Then, at the age of 47, Cariann felt a small lump in her breast, but her doctor didn’t feel the lesion and did not order any additional testing. When she was 49 years old, she watched a documentary about breast cancer that inspired her to strongly voice her concerns about her breast lump to a different healthcare provider. This one felt her growing lump.

“We found a five and a half centimeter lump in my breast. I couldn’t have a lumpectomy because of the size of it and once I finally got that done, I found out [it had spread to my] lymph nodes” says Cariann, “and it went to my brain.”

Cariann then underwent chemotherapy, radiation therapy and multiple surgeries including a radical mastectomy, lymph node dissection, and neurosurgery to remove a metastatic brain lesion. Her only hope is that she will be alive long enough to see her daughter, Jamie, get married in September – just four months from when we met. “I will be there, even if they have to chain me to the wall or bring me in a hospital bed!” Cariann jokes.

According to the National Cancer Institute, since mammography screening became widespread in the 1980's, the U.S. breast cancer death rate has dropped by nearly 40%. In 2018 alone, a study reported that 46,000 lives were saved.

In 2006 and 2019, the United States Preventative Task Force (USPSTF) released breast cancer screening guidelines recommending screening mammograms beginning at age 50 every 2 years. This was a significant departure from guidelines of multiple leading organizations including the American Medical Association, the National Comprehensive Cancer Network and the American College of Radiology/Society of Breast Imaging who continue to recommend breast cancer screening every year beginning at age 40.

The USPSTF justified their recommendations that the “harms” of screening (discomfort from the exam, anxiety from an abnormal result, or chance of a false positive exam necessitating additional testing), biopsy, and chance of over-diagnosing (detecting a non-life threatening cancer) outweigh the benefit of saving lives. What the USPSTF didn’t consider is when a breast cancer is detected in its early stages, patients have more options to choose less invasive treatments such as less extensive surgery and less incapacitating chemotherapy. The USPSTF also does not acknowledge the grief, financial burden, or morbidity of late stage cancer diagnosis.

“They wouldn’t pay for my screening mammogram,” Cariann continues, “but look at how much all this treatment is costing now.”

And she’s right. The average cost of a screening mammogram in $100. The average cost of treating stage IV breast cancer, or cancer that has spread to distant organs of the body, is $182,655 two years after diagnosis. This is in stark contrast to treating an early diagnosis of cancer at a cost of $71,909 - $97,066.

Many breast cancer organizations have supported placing a delay called the PALS (Protecting Access to Lifesaving Screenings) Act to prevent the USPSTF breast cancer screening guideline change. This postponement has been renewed before but is now set to expire again in 2020. If the USPSTF recommendations are used for purposes of insurance coverage mandates, insurance plans will no longer be required to cover annual mammography placing thousands of women at risk of breast cancer death.

When you meet someone who is suffering because she was told she could only have a mammogram when it was too late, everyone will agree: if a woman is thoroughly educated about the negative effects of screening and still decides to have the mammogram, she should be able to make that decision without a financial burden.

“What right do these people have to say when you can do something and when you can’t do something. This is your body,” says Cariann. “You need to have it done at 40. Period. I mean you never know, it could have prevented all of this.”

Cariann never had the chance to see Jamie get married. She died on June 23, just three months before the ceremony. And although Cariann didn’t get to choose to have a mammogram even when she knew something was wrong with her body, hopefully her story and others like it will continue to allow other women to be given that life-saving opportunity.
Continue the conversation on CURE’s forum. >>
Talk about this article with other patients, caregivers, and advocates in the Breast cancer CURE discussion group.