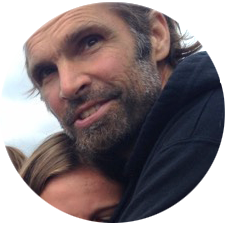 Pria, The Hindu Godess of the Wind

Today (March 7) promised to be a memorable day – which included our flight into the Himalayas, followed by a short hike. And it lived up to its billing, in ways we could never have anticipated when we awoke at 5 a.m.

This day had been almost a year in the making, and the anticipation was high as the moment neared. After weighing our duffels (I was 3 pounds over the 25-pound limit, owing to my ukelele) we left the hotel at 6:15 a.m. for our 7:30 a.m. flight.
A couple of earlier flights made it out to Lukla, the start of our trek, but fog grounded our two flights. We played cards and bought overpriced unhealthy food while we waited for more favorable conditions. Finally, around noon we were driven out onto the tarmac. We sat next to our plane for 15 minutes before being told high winds were preventing flights from landing in Lukla, so it was back to the terminal and round 2 of the waiting game. As the clock approached 2 p.m., our cut-off time, we began to resign ourselves that we were not leaving Kathmandu today.

But in an inspired stroke of genius, our team leader Alicia hired six helicopters – which would be better equipped to handle the winds than planes – to take us to Lukla. Snatching victory from the jaws of defeat we reassembled our bags from the planes, praying amidst the chaos that we would actually have them all. After being weighed and told to go this way and that way by at least five different representatives from the helicopter company, we assembled into small groups and rode out to the tarmac again.

My group of five plus a Sherpa guide were greeted by our helicopter pilot Pria, a Ray Ban-wearing, gum-chewing, pony-tailed, nose-ringed Hindu Godess in a jumpsuit. "Greeted" is perhaps too strong a word, as she sat implacably in her pilot seat chewing gum, barely acknowledging us. It was love at first site, as we were all smitten by her preternatural calm and coolness, a female "Top Gun" Tom Cruise.

We arrived in Lukla an hour later in what was, for us first time flyers, an anxious trip. The helicopter rattled disconcertingly every time we passed through a windy pass, and we fell at Pria's feet upon arrival in gratitude. Collecting ourselves, we couldn't help but tell her she was one badass pilot. Taking a long drag off her cigarette she replied in the most nonchalant way possible that many of her passengers also said the same thing. Gobsmacked and now hopelessly infatuated we said a tearful goodbye, knowing we would never, ever encounter someone as cool as Pria, the Hindu Goddes of the Wind. She will forever occupy a part of our hearts.

After a quick lunch we began the three-plus hour hike to Pakding, a slight descent from our 9,000-feet perch in Lukla. Lukla was shockingly developed with an Irish pub, pool tables, and Illy serving coffee houses, vastly different from my experience 27 years ago.

The high peaks were shrouded as we hiked through forests of oak, pine and hemlock, and cultivated apple, cherry, pear and peach trees. We made are our way up the Dudh Kosi (milk river) valley, which drains the glaciers of Everest and the other high Khumbu peaks. We passed many large boulders with the mantra "oh mani padme ohm" carved in Sanskrit, as well as white washed shortens (religious shrines), always careful to walk around them clockwise. We bounced over suspension bridges and gave right of way to yak and donkey trains carrying cement and goods.

And then it got dark. The last hour of our first Himalayan hike was in total darkness, but in a day characterized by unpredictability and new experiences it was the icing on the cake. Upon reaching the teahouse in Pakding we learned that only two other helicopters had gotten out of Kathmandu much later in the day, owing to the airport being temporarily shut down for a visit by the Pakistani Prime Minister, which fit in beautifully with the tenor of the day. The final tally: five of us ended the day in Pakding, nine of us slept in Lukla, and the rest drank pina coladas in Kathmandu. In other words, just another day in Nepal.

If life is about second chances, then this Everest Trek is made for me

One of my favorite sayings is “Crisis is the greatest opportunity for growth,” and being diagnosed seven and a half years ago with multiple myeloma has given me purpose and passion; something I was missing pre-diagnosis. My desire to be part of the solution has led to four years of intense fundraising and training for endurance events, and the support and feedback I’ve gotten has been incredibly affirming.

Having an incurable cancer has taught me that every day that I feel good is a blessing, and to exploit that to the max. Case in point: Last February I was scheduled to climb Mount Kilimanjaro with the Multiple Myeloma Research Foundation (MMRF), but health issues prevented me from participating. It was crushing to cancel on my teammates. I also joined the MMRF NYC marathon team, but food poisoning stopped me three hours into it. While not being able to accomplish what I set out to do was a major disappointment and took some prolonged sulking to get over, I was quite surprised by how people reacted to my failure. They reminded me in no uncertain terms that their support was not conditionally based upon whether I stepped foot in Africa or made it beyond Mile 18. It was if crossing the finish line or reaching the summit was irrelevant. This was somewhat of a revelation: that my value is not based upon my accomplishments. The support and understanding I received from my teammates and donors was humbling and inspiring.

Now I am back, having swum/biked/run a half Ironman this summer, and keeping my fingers crossed that I will be healthy when it’s time for Everest. The tenuousness of my health compels me to push my physical boundaries while I have the chance, and pack my life with impactful experiences.

Though it was a year of ups and downs, my health has stabilized thanks to research advances. After my latest chemo drug stopped working at the end of 2016 I quickly blew through two newer therapies that were ineffective. This was rather scary, as there are limited treatment options out there. I found myself on the cutting edge of treatment, receiving antibodies (a form of immunotherapy) which did not exist when I was diagnosed seven and a half years ago. One year later I am still doing well thanks to monthly infusions of this antibody.

And more immunotherapy options (AKA gene therapy) for multiple myeloma are just around the corner. The potential for immunotherapy to be a transformative cure is incredibly exciting. My oncologist at Seattle Cancer Care Alliance just enrolled his first patient in a CAR T-cell study, a process where scientists genetically manipulate your immune system to recognize and fight cancer. The future is finally here, and it brings hope to many of us that one day multiple myeloma may be curable. In the meantime I continue to fundraise and train frenetically because I know there will come a time when my current therapy will probably lose its effectiveness, and I will be reliant on the next advance, something only possible through research and studies.

I am excited to bond with a group of survivors and myeloma caregivers over our shared hopes and struggles, in a challenging setting off the grid where we can rely on each other and really focus on the moment. Unplug me, please! And let’s get down to what really matters — connecting and supporting others. Climb on!