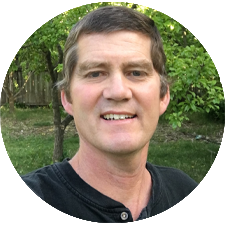 Fired Up and Ready to Go

In the summer of 2011 I got the shock of my life. I walked into my doctor’s office complaining of shortness of breath and lingering pain from two ribs I had broken while playing basketball, and after some initial blood tests I was given a diagnosis of anemia and a referral to the oncology department. After additional blood tests and a bone marrow biopsy, my oncologist confirmed a diagnosis of multiple myeloma, which she said was an incurable but treatable cancer of the bone marrow.

I received over a year of chemotherapy treatment, which knocked my myeloma down significantly, improved my anemia and allowed my ribs to heal, but did not get me into a complete remission. The chemotherapy was followed up with an autologous bone marrow transplant done at Stanford University, which finally did put me into a full remission. I am still on a low dose “chemo maintenance” drug, but I have remained in remission and in otherwise good health for the past four years. Life has returned more or less to normal, though I now put a little more focus on doing the things I want to do in life. Compared to many other patients with multiple myeloma, I have been quite lucky.

Back in January I received an email from the Multiple Myeloma Research Foundation about their Moving Mountains for Multiple Myeloma program. I jumped on their website and without hesitation filled out an application to join an upcoming event to climb Mount Fuji in Japan, and several days later I was thrilled to find out that I would be offered a spot on the team!

The Moving Mountains for Multiple Myeloma program is so compelling to me on a number of levels. First and foremost, it is a fundraiser for multiple myeloma research, and as a patient who has directly benefitted from the medical research the MMRF supports, of course I was eager to do what I could to contribute. But this program is more than just a fundraiser. I think it is a powerful symbolic statement that cancer isn’t going to win. Medical research has not only tripled the life expectancy of multiple myeloma patients, but it has allowed them to live high quality lives to the point of even being able to get out and physically climb mountains. As a patient and a survivor, I want to make the statement to my doctors and to researchers and the MMRF, which funds and spearheads the research that what you are doing is working!

But keep up the great work, because we don’t have a cure yet.