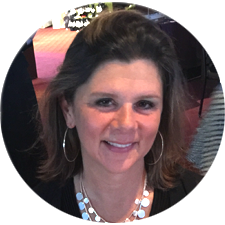 In October of 2012 I was diagnosed with multiple myeloma. I learned quickly that this is the second most common form of blood cancer and, sadly, has one of the lowest five-year relative survival rates of all cancers. After my world came to a screeching halt, I started my treatments of chemotherapy and steroids. After 6 months of getting treatment 3 times a week my blood and protein “numbers” were low enough that I could start my first of two stem cell transplants. The first one I was only in the hospital for two weeks. There I was given a heavy dose of melphalan and administered stem cells that were harvested from my own body and given back to me. Three months later though I was back in the hospital for 31 days where I had an unrelated (Angel) donor from Germany donate her stem cells to save my life and eventually put me into complete remission. And as of August 7th, 2016, it will be 3 years since I was given the gift of life with no detection of cancer. And now I want to live my life to the fullest and also give back to a foundation that has made it possible for patients to have multiple treatment options.

But while there is no cure, great progress is being made though. In fact, thanks to the crucial work of the Multiple Myeloma Research Foundation, the world's leading private funder of myeloma research, the FDA has approved TEN new drugs in the last 10 years. These drugs have almost tripled the lifespan of myeloma patients after diagnosis and now the MMRF is funding over 20 additional treatments in various stages of development, giving hope to tens of thousands of patients and their families.

If it wasn’t for the efforts of the Multiple Myeloma Research Foundation, patients, like myself, would have very few options available for treatment.