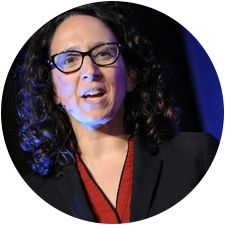 You Are Not Alone

I chose to come to work at GSK as global lead for patient advocacy for the company’s special purpose: to help patients do more, feel better and live longer. I was honored – and a little bit surprised – when I was asked to participate in the Iceland trek. Don’t get me wrong – the trek ties nicely into my role leading GSK’s oncology patient advocacy efforts but having never completed a hike as intense as this one, I must admit that I had my doubts on whether I was the right person and whether I would make it to the end. Ultimately, I decided to do the trek in honor of my stepmother and the bravery she displayed in her battle with cancer.

My stepmother was diagnosed last June with stage 4 T-cell lymphoma and had a short and ferocious fight with the illness. Throughout her ordeal, I could see the peaks and valleys in her outlook. After her diagnosis was finally confirmed, she started chemotherapy which took an extreme toll on her body. Though, even in the lowest of lows her spirits remained high, giving the family hope that she would make it through. She continued to fight on through low platelet counts, infusions, neutropenia and even neuropathy. Although she was the one with cancer, we were very much on the journey with her and trying to support her the best we could. Unfortunately, we lost her after only four months and my family is still grappling with how much of a whirlwind the whole experience was.

Throughout the trek I couldn’t help but think about the metaphorical mountains that my stepmother climbed while she was battling cancer. She confronted unknown terrain but was never alone in her journey. Of course, she had us, her family, but I now realize that she also had the support of a much larger community.

I was so moved by the Moving Mountains for Multiple Myeloma Iceland team, which along with representatives from GSK, included patients, caregivers, family members, a doctor, patient advocates and CURE. I realized that just as was the case with my stepmother, that everyone who has been touched by cancer – be it a patient, caregiver, health care provider, friend – are all tied together. Much like our hike through Iceland and the bonds we made during our journey through this “Fire and Ice” landscape, it’s important that no one feels they are fighting cancer on their own. While I was traversing the nearly 25-mile trek, I had the invaluable opportunity to speak with patients, family members and physicians. I heard their experiences firsthand and was inspired by their fighting spirit. These are the conversations I will take back with me to further GSK’s commitment to the community of individuals impacted by multiple myeloma.