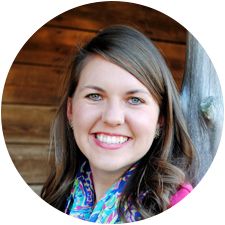 My mother, Dianne, was diagnosed with multiple myeloma in 2013, just three months after her 50th birthday. It was found incidentally and by chance when she was having blood work done to obtain long-term care insurance. Her cardiology lab work showed an M-protein spike, spurring on more tests that resulted in a diagnosis of multiple myeloma. While she is in the smoldering stage now and at 25% cancerous bone marrow, her doctor has determined that through quarterly lab work, they will monitor her percentage of cancer cells in her bone marrow, and track bone lesions and kidney involvement. However, since her diagnosis, her protein levels have continuously risen, while her hemoglobin levels continually drop, indicating progression of the disease.

Over the past six years, I have heard the fear in my mother's voice every three months when preparing to go in for blood work and labs. She describes each visit as "a waiting game," when inevitably she knows there is a huge chance that one day she'll go in and learn that her cancer has gone active and it will be time to begin treatment. I want there to be a cure so badly, and I believe the MMRF can do that. I believe a cure is in the near future. Treks like this can help bring awareness to multiple myeloma and raise money toward the cure that my mother and so many others so desperately hope for.

Between my mother's multiple myeloma and her heart failure (which resulted in the surgical implantation of a pacemaker/defibrillator in the same year of her multiple myeloma diagnosis), I have seen my mother’s ability to be physically active decline greatly. Since her diagnosis, she has vowed to always do whatever she feels she can physically do to experience life to the fullest, but she tires very easily—from something as simple as showering and drying her hair. I know that my mom would love to do a trek like this to raise awareness of the disease, but physically a trek like this would be nearly impossible. I am trekking in honor of my mom and to raise awareness of the cancer that affects her and thousands of other patients.