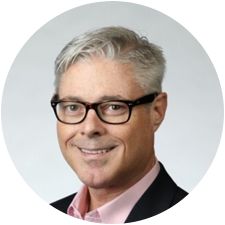 Scott Miller, Ph.D., joined GSK as Global Franchise Scientific Director in January 2019, and is now the Interim Global Medical Affairs Leader for Belantamab Mafodotin. Scott began his career in the pharmaceutical industry in 1996. Scott joined Celgene in 2003 medically supporting future launches in multiple myeloma and other hematologic malignancies. After ten years as a Medical Science Liaison, he joined the Myeloma Institute for Research and Therapy (MIRT) at the University of Arkansas for Medical Sciences, serving under the mentorship of Drs. Bart Barlogie and Gareth Morgan.

Most recently, Scott was a Senior Director with Pfizer Oncology supporting hematologic malignancies. He served numerous roles within the Pfizer Oncology organization serving as a Field Medical Director and worked extensively with two antibody-drug conjugates (ADC), he also served on the Organized Customer team, and was the Medical Review Committee Chair for hematology.

In his free time, Scott enjoys spending time with his family, especially on the water. He currently lives in Philadelphia, Pennsylvania with his wife who is a Nurse Navigator working in malignant hematology at an NCI designated cancer center in Philadelphia.