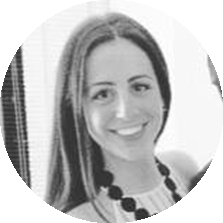 I'm excited to be heading back to Nepal to take on Everest Base Camp. The last time I was in Nepal, I was off on a six-month solo backpacking trip, but didn't have the opportunity to head to Base Camp. So, I'm really excited to be checking this off of my bucket list with the MMRF team! The MMRF holds a special place for me as I ran my first marathon (NYC!) in 2017 after being inspired at the 2016 Laugh for Life event where Eric Gelber was being honored. I thought to myself that if he can run 200 miles, I can certainly take on 26.2! It wasn't an easy feat, but after completing the marathon, I decided that I would take on a new challenge every year, which has led me to Everest.

Being involved with the MMRF has allowed me to find a community for those who are unfortunately touched by multiple myeloma. My paternal grandmother had multiple myeloma, and over the years, I've learned about family and friends who have been affected as well. I want to do what I can to raise awareness and take multiple myeloma head on.