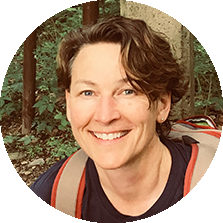 I discovered the Multiple Myeloma Research Foundation while trying to make a lifelong goal come true for my 45thbirthday which was to complete an Ironman Triathlon. I set my sights on the 2013 Florida IRONMAN but was surprised when the race filled in 55 seconds! The only way in was to join a fundraising team to raise money for a type of cancer I had never heard of before. I was very reluctant since I had never done any fundraising, but my awesome wife said “Are you crazy? I’ve been listening to this IRONMAN dream of yours for over a decade. Get in there!” That fateful decision set me on a path I could never have imagined!

I joined the MMRF team, committed to raise $4,000 and started researching multiple myeloma and the MMRF. I was immediately struck by the founder’s amazing story and the business model she applied to research and development. I thought then and still think today that the real game changer here is that the MMRF has somehow motivated the drug companies and the researchers to work together and share information with each other and patients to fast track trials and treatments through the pipeline. I believe that’s the contribution that will go down in history as instrumental in finding a cure for all types of cancers. And I believe it will happen in our lifetime! Who couldn’t get on board with that?

A couple of months into training and fundraising, I got some shocking news: A close friend living in Australia had been diagnosed with multiple myeloma. I couldn’t believe the terrible coincidence. Suddenly it all became VERY personal! Fundraising went into overdrive and the goal of $4,000 went out the window. By August 2013 we had raised around $16,000 and training was going great when the unthinkable happened: My wife was diagnosed with stage 2 breast cancer that had spread to her lymph nodes. As she geared up for the fight of her life, my marching orders were to continue to raise as much as I could for cancer research!

In total we raised $36,000 for multiple myeloma research, which incidentally, made me the top fundraiser on my Florida team and came with an entry into the 2014 Hawaii IRONMAN World Championship (the super bowl of Triathlon that I had watched and dreamed about since I was 13 years old)! So, in October of 2014, having just completed her last treatment of a grueling year-and-a-half of chemo and radiation, my wife boarded a plane to Hawaii with our two kids, my mother, her mother, and four friends (including our friend with multiple myeloma) to cheer me on as I made that 30-year dream come true!

My take away from that rollercoaster year is that cancer will touch us all at some point; relentlessly pursuing the cure is EVERYONE’S responsibility! So, as you can imagine, when the opportunity arose again to raise money for this amazing organization, this time I jumped at the chance!