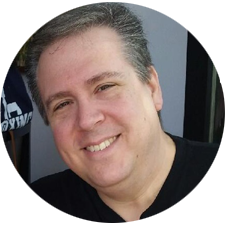 This One's For You

“It isn't the mountains ahead to climb that wear you out; it's the pebble in your shoe.” - Muhammad Ali

I heard this quote while viewing one of the stories of Muhammad Ali’s life. It’s a quote that stayed with me as I prepared for this trip. So many times in life we focus on the “mountain,” but what really needs the most attention is the “pebble” that we step on every day. Getting ready for this trip became a lesson in taking care of the pebble. I was excited to take part in this, but I had not done fundraising like this, nor was I even close to being in proper shape physically. The whole concept of hiking the Inca trail was, to me, a “mountain.” The thoughts of both raising money and training, at first, stressed me out. I had no idea what I was doing or what to expect. I imagined the overwhelming sense I felt about what was in front of me might be just a very small piece (emphasis on small) of what it’s like to be diagnosed with something as life-changing such as multiple myeloma.

Figuring out the best plan forward became a process of researching all aspects of what is going to transpire. During that process of getting ready, it gave me a sense of control which helped remove any doubts or anxiety I may have had. It was up to me to remove the pebble from my shoe. I had played sports growing up and raced mountain bikes years ago, so I had a sense of what to do physically and mentally, but I was older now and things seemed different. Rather than dig into the fundraising and the training as I might have done in my younger days, I decided to embrace each and have as much fun as possible along the way. My competitive spirit was coming alive again and I remembered a poem that hung in the wrestling room when I was a kid. I had memorized it then and was surprised that I could recall it this may years later. It set the tone for everything going forward.

The preparation has been a journey that is now down to the final days. It is more a mental process now than a physical one. The funds have been raised and over 500 miles of hikes have been completed. Now I am in a beautiful country whose language I do not speak. Facing the “mountain” of hike day is now upon me. Everything I’ve done to this point was to get ready to do this adventure. I’m coming together with a team where most everyone was a complete stranger 8 months ago. I did my part — to be as ready as possible to support my team. The excitement of everyone coming together, exploring a new country where it is winter time in August, and sentiments of why we are all here is almost as overwhelming as the first time this opportunity presented itself. Being a part of this team is an honor and just like the preparation to get here, it’s about enjoying the process.

As I reflect on how I got here, I recall meeting a gentleman who had endured many afflictions during his life, including alcoholism, which left him partially crippled and bound to a wheel chair. He left with me with a very powerful quote. He said this defined the turning point of his life and gave him the strength to remove the pebble from his shoe.

“You may have a disease from which there is no cure, but you can choose to heal from that very disease.”

To my teammates, to all those who supported me, and in honor of those who have to wake up with this disease every day, this one is for you!