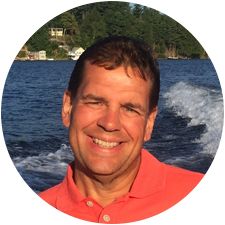 I joined The Multiple Myeloma Research Foundation (MMRF) in May of 2017 as VP of Business Development, but my association with multiple myeloma goes back to my early days as a scientist at Millennium Pharmaceuticals. I was one of many scientists who had the privilege of working on a novel molecule that would eventually take the name Velcade and gain approval by the Food and Drug Administration for multiple myeloma patients. That work and approval had a lasting impact on me throughout my career as I saw real world examples of how the scientific research and development I participated in impacted people’s lives.

Since that time, I have worked in many areas of science including diagnostics, sales and marketing but have always stayed close to my association with myeloma. Since joining the MMRF, I have been inspired by interactions I have had with patients, caregivers and physicians as they fight and treat multiple myeloma and I look forward to continuing to work hard trying to find a cure for this disease.

I am joining the Moving Mountains for Multiple Myeloma Mount Washington Hike this year to raise awareness and support for all the patients and caregivers that deal with multiple myeloma every day. I also want to honor the father of a close family friend who lost his battle to multiple myeloma a few years ago. Though I did not know him well, his daughter and the rest of their family are still affected by the disease every day.

I look forward to meeting all my fellow climbers and making new friends as we set out on this awesome trek.