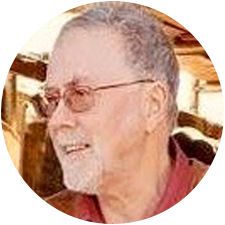 I'm a very lucky British guy married to my American wife, Claire, and we live in Dana Point, California. I decided to do the Moving Mountains for Multiple Myeloma trek to raise money for a cure and to help others that will come after me.

I was diagnosed with myeloma 15 years ago in the summer of 2004 at the age of 44. I had suffered some back pain for a couple of months and after much male procrastination, paralysis set in below my waist which left me with no choice but to seek further medical help. I had an MRI which showed a tumor in my T7 vertebrae. This had grown until it had impinged on my spinal cord which had taken all the feeling from my legs.

Now is where I have to mention that luck was on my side. Lucky to have a tumor? Sounds strange but bear with me. If I had not had the tumor it may well have taken much longer to reach a diagnosis and I could easily have suffered worse kidney problems.

With subsequent blood work and a swift bone marrow aspiration, I was given a diagnosis of multiple myeloma in September 2004. This immediately led to 21 days of focused radiation treatment on my spine here in California to shrink the tumor. Having not been in the USA very long, I had no medical insurance so I was fortunate to fly back to England after the radiation and have my main treatment in the UK.

I was again lucky to live at my parents’ house, enabling me to receive my initial treatment at the local county hospital. This consisted of six months of chemotherapy (VAD) from October 2004 until March 2005 with the prospect of an autologous transplant, but more luck was coming my way.

I was referred to a main London hospital to have the transplant and was then asked if I had any siblings, to which the answer was yes. The luck continued as my sister was a six-for-six match. This gave me the rare opportunity of having an allogenic transplant using her bone marrow. I was warned that the mortality rate for this procedure was around 30% but I reckoned it was my best chance of a long remission.

In the Spring 2005, I had total body irradiation followed by an allogenic transplant. I was in isolation for three weeks to avoid any infections and was able to leave after six weeks. After anti-rejection drugs and a few hiccups along the way, I was able to get back to Claire in California a year later in the Spring 2006. So, 15 years later, I was planning to do the annual UK multiple myeloma-sponsored bike ride from London to Paris which I still hope do in 2020 but I then found the Moving Mountains for Multiple Myeloma web site and decided that trekking up a mountain in New Hampshire sounded good for 2019.

I look forward to meeting up with all my fellow walkers and having a blast trekking up Mount Washington in June.