At Star-Studded Wigs & Wishes Gala, Patients With Cancer Were the Real Celebrities

During an evening co-hosted by Paula Abdul, the organization fulfilled wishes for four children with cancer and honored a breast cancer survivor and a volunteer.
BY Beth Fand Incollingo
PUBLISHED October 31, 2019
Lily Jordan is in the fight of her life with osteosarcoma. The teenager lost a leg to the disease and recently stopped chemotherapy because its side effects were too severe for her to tolerate. 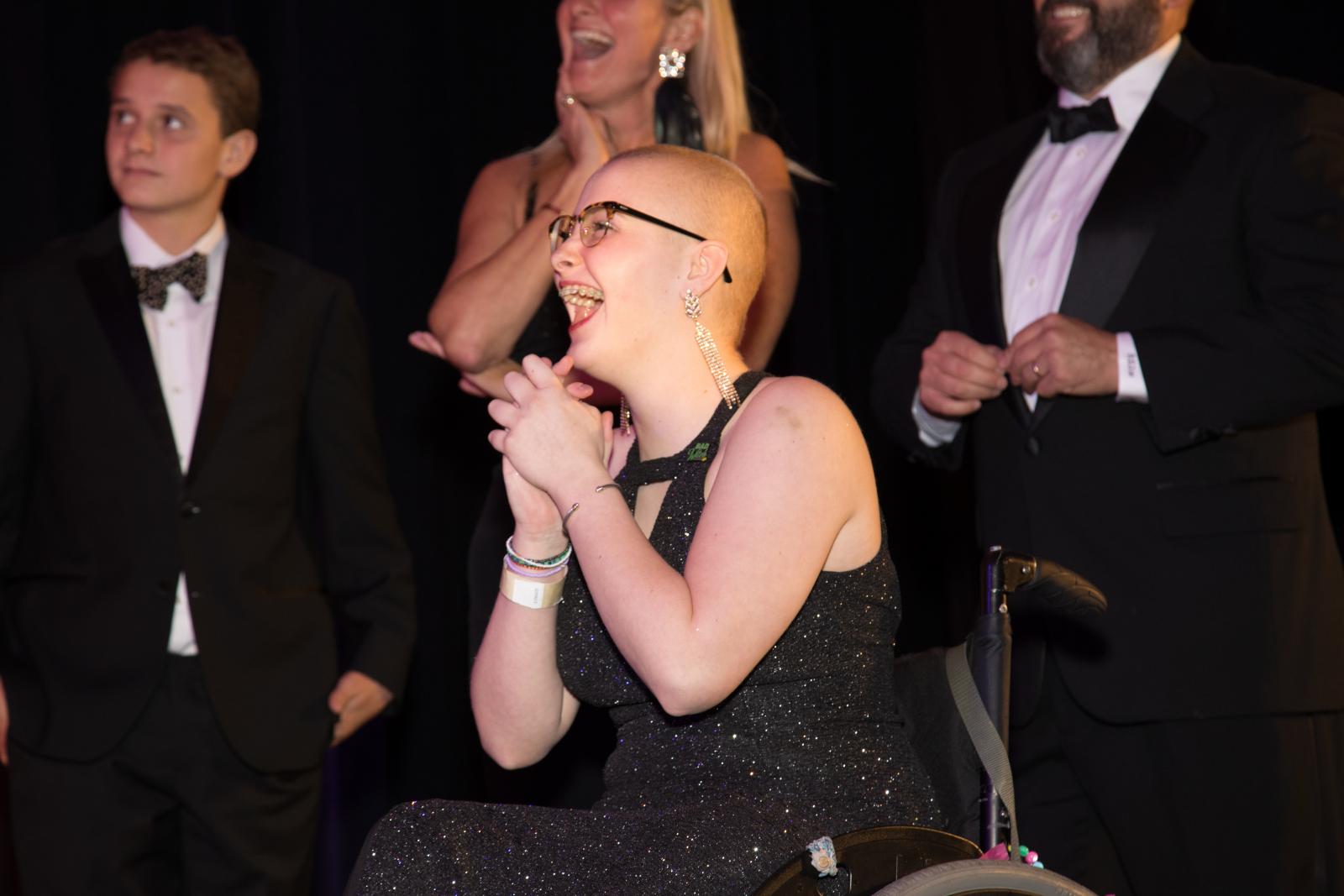 But she had a night of pure fun Oct. 27 when she was showered with gifts at the ninth annual gala of Wigs & Wishes by Martino Cartier, a New Jersey-based group whose mission is to provide free wigs to women undergoing treatment for cancer and fulfill wishes for children with the disease.

Jordan beamed as video messages from actors in the Showtime program “Shameless,” one of her favorites, were played, and was surprised by an in-person visit from cast member Emily Bergl. Her smile grew even brighter when Gaten Matarazzo, who plays Dustin on the Netflix show “Stranger Things,” walked onto the stage. Finally, Jordan was presented with a long, blonde wig.

Cartier, a salon owner, stylist and TV personality who founded the organization, co-hosted the evening with singer, dancer and choreographer Paula Abdul. Before an audience of more than 800, they fulfilled wishes for four children and honored a cancer survivor and a volunteer. The lavish evening of cocktails, dinner and music included appearances by singers Taylor Dayne and JJ Weeks and an auction of donated items headed up by Pamela Pekerman, a mom lifestyle expert and TV host.

The event, which raised $400,000, generates most of the annual budget for the nonprofit organization that has given away 170,000 wigs and 100 wishes with help from about 120 volunteers.

Abdul, who has been involved with Wigs & Wishes for five years, flew in from Las Vegas for the evening and donated her time because she feels so strongly about the organization’s mission. 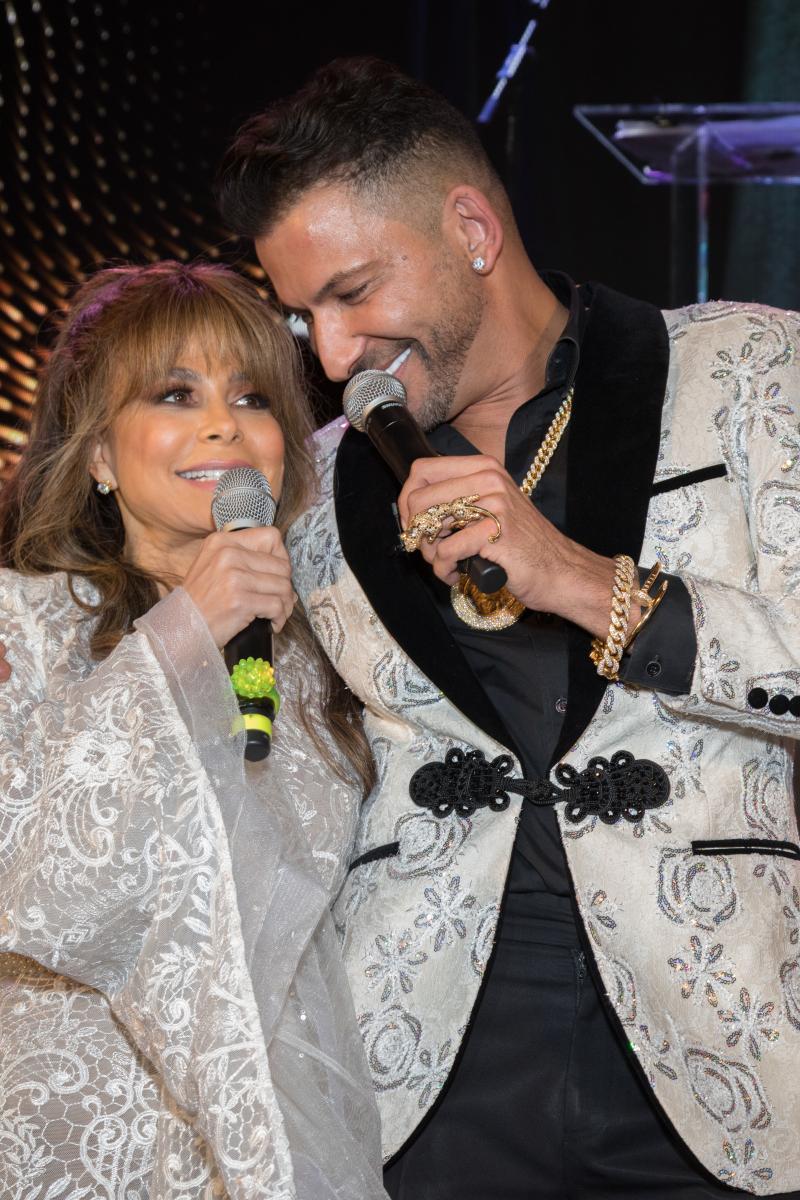 “I will be here every year I possibly can,” she told Cartier. “What you do is amazing. I’m humbled by your magnificence. You make everyone aspire to be a better person, and that’s why we’re all here every year.”

An Evening of Giving
When Stefanie Kutchenrider, of Manalapan, N.J., had her turn on stage, the young girl received a videotaped message from YouTuber Darius Dobre and the promise of a family trip to Disneyland in Hollywood, California. But it was an earlier gift from the organization that changed her life after she started chemotherapy for Wilm’s tumor. The wig she received “really gave her the confidence to join her friends, go to school and be a part of it,” her mother said. “Before that, she didn’t want to see anybody or socialize.”

Three-year-old Nyzaya Roman, of Philadelphia, who has brain cancer, received visits from Spiderman and the Hulk and a sketch of himself as a superhero by a well-known comic artist. The promise of a family trip to Legoland in Orlando, Florida, brought his mother to tears.

In addition, two children were recognized posthumously — Evangeline “Jelly Bean” Moore, of Minnesota, who received a backyard swingset from Wigs & Wishes before recently succumbing to brain cancer at age 7, and Schyler Herman, of Pennsylvania, who died a year ago of acute myeloid leukemia when she was 15.

The avid soccer fan’s last wish was for her ashes to be preserved in a “soccer ball case,” but her parents were unable to find such an urn — until the Wigs & Wishes gala. Cartier commissioned sculptor Mark Aeling to create the urn, which he presented to her parents. The silvery soccer ball had angel’s wings.

“Sculpture is a form of communication that transcends everyday experiences and communicates an understanding that connects us to something greater than ourselves,” Aeling said. “I’m hopeful that this will provide that for you.”

Also during the evening, volunteer Suzie Rizzuto, of Lakewood, N.J., who donates time and money to Wigs & Wishes, received the Heart of Gold Award, and Michelle Lee, 33, of Washington Township, N.J., was crowned Queen of the Night. 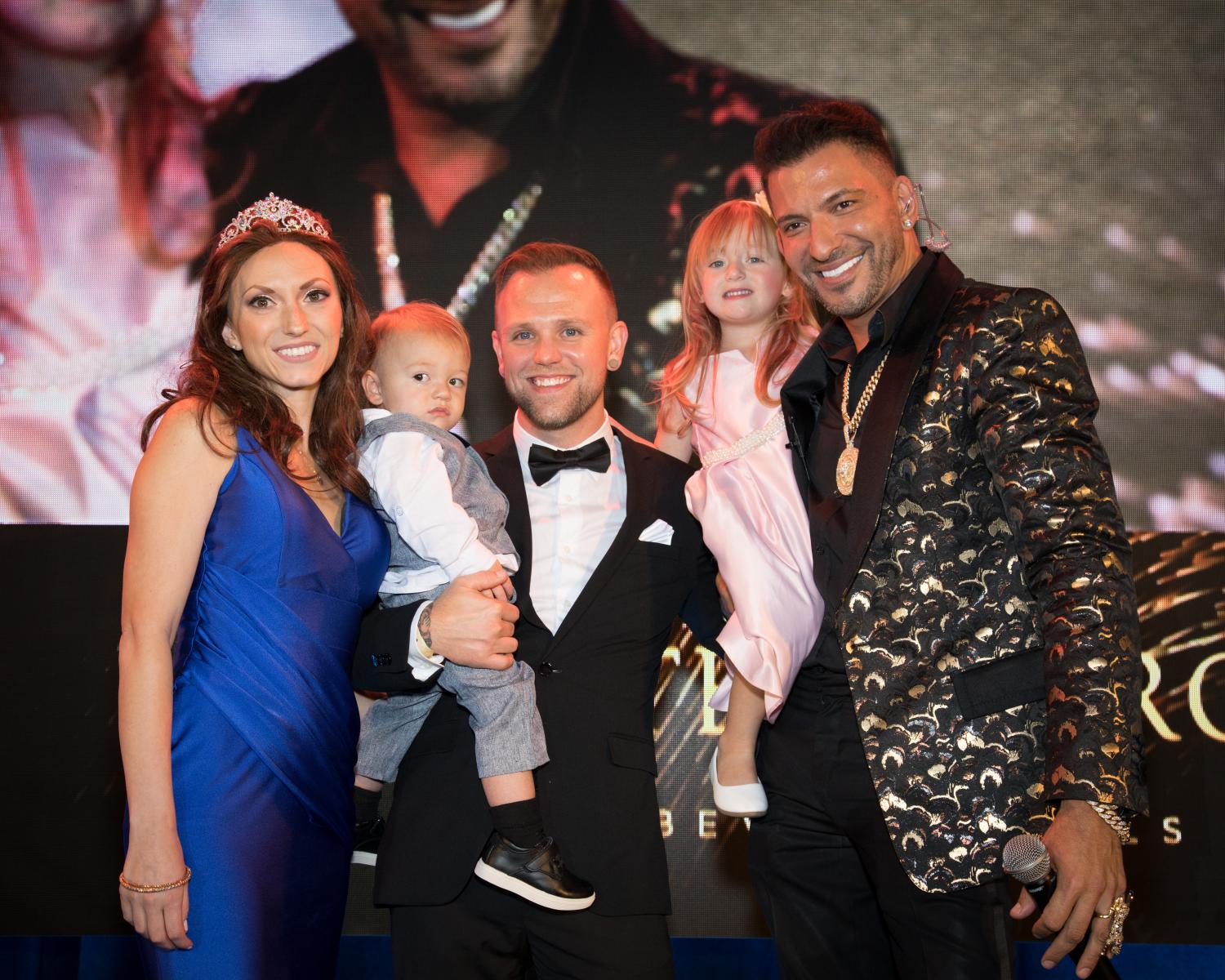 Making A Difference
Lee, who recently finished chemotherapy for breast cancer and attended the event with her husband, Sean, and their two children, Rowen, 3, and Sawyer, 1, stood as an example of the change a wig can bring to a patient’s life. She said she’s grateful for the wig she received from Wigs & Wishes because it allowed her to be private about having cancer — and also made her feel better.

With breast cancer, she said, “You’re losing everything that made you feel like a woman. A wig gives you confidence. It really makes you heal.”

“If I could volunteer every year, I would,” she said. “It’s absolutely a wonderful thing … all the support and wonderful things they can do for people at such a hard time in their life.”
Cartier emphasized that he wouldn’t be able to provide that kind of help without the aid of volunteers and donors.

“Because of every person in the ballroom tonight, we’re able to change the lives of women and children fighting cancer,” he said. “We couldn’t do it without you, and you should be proud to be part of such a beautiful movement.”

Photos From Top:
1. Lily Jordan, accompanied by her parents and brother, reacts to video messages from stars of the TV show “Shameless.”
2. Paula Abdul and Martino Cartier co-host the Wigs & Wishes gala.
3. After being crowned Queen of the Night, Michelle Lee stands with, from left, son, Sawyer, 1; husband Sean; daughter, Rowen, 3; and Martino Cartier.
Photo credit: DanCPhotography
Be the first to discuss this article on CURE's forum. >>
Talk about this article with other patients, caregivers, and advocates in the Psychosocial Issues CURE discussion group.