Laughing Through My Cancer

A male breast cancer survivor shares his humorous twist to health and healing.
BY Khevin Barnes
PUBLISHED January 25, 2016
Khevin Barnes is a Male Breast Cancer survivor, magician and speaker. He is currently writing, composing and producing a comedy stage musical about Male Breast Cancer Awareness. He travels wherever he is invited to speak to (and do a little magic for) men and women about breast cancer. www.BreastCancerSpeaker.com www.MaleBreastCancerSurvivor.com 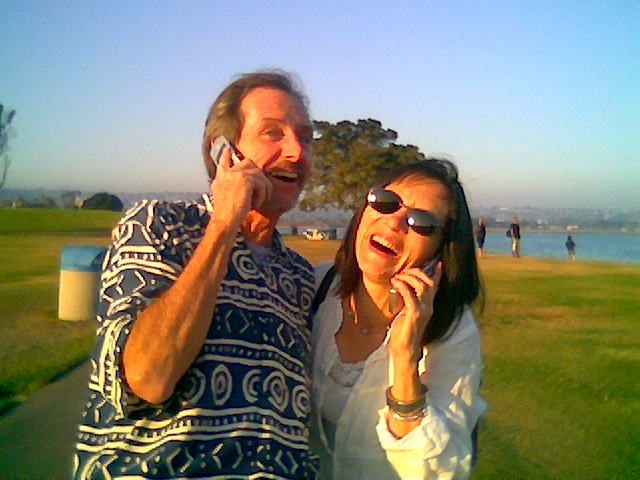 "The human race has one really effective weapon, and that is laughter." - Mark Twain

With just five people attending, at 7:00 a.m. on March 13, 1995, Dr. Madan Kataria hosted the first “Laughter Club” at a public park in his neighborhood in Mumbai, India. As it turned out, this little meeting spawned a revolutionary movement that suggested laughter in its simplest, uninhibited form could actually be beneficial to human beings.

It took a while, but laughter yoga eventually made its way to the U.S., and in 2006 my wife was trained as a laughter yoga leader. Have you heard of laughter yoga? As a breast cancer survivor, I have found the benefits of humor and laughter in my own health and healing to be profound.

My wife spent a week in training and came home inspired to create an innovative program, based on Dr. Kataria’s ideas, for all of the people who were homebound, were living in rural neighborhoods, were ill or (for one reason or another) were unable to attend live, interactive sessions of this new phenomenon called laughter yoga.

And so, through her efforts, “Laughter Yoga on the Phone” was born, and it began as a free service (as it is today and always will be). For a number of months she was all alone on the line. She was there simply because she needed to laugh.

But then one day, another person needing to laugh showed up. Then another. After many months of watching this unfold I dialed up the number myself to see what it was that she had been creating. I felt somewhat inhibited, and slightly silly. This is not an uncommon reaction, especially for the men who are introduced to the idea of group laughter with complete strangers. Then, in 2008 I spent a week with Dr. Kataria, my wife and 20 other intrepid souls at a resort in Northern California as we became certified laughter yoga teachers. “Laughter for no reason” began to make sense.

The laughter yoga movement has since swept the world, with thousands of clubs, helping millions of people to add a little laughter and healing back into their lives. And laughter yoga on the phone is still going strong, offering this volunteer-supported, free program to anyone who calls in for a 20 minute session.

I’ve often met people who tell me they laugh throughout the day, as indeed many of us do. The beauty of laughter yoga sessions — either live or on the phone — is that we practice sustained laughter for 20 minutes with little talking and even less thinking. These are not the snickers and chortles of humor and mirth that punctuate our ordinary days and tweak our dispositions. We don’t tell jokes or engage in mental exercises or conversations. Laughter yoga is based on the principals of pranayama yoga, or breath work, and it is here that the many benefits become clear.

The medical research is irrefutable. The results are clear. Laughter reduces cortisol, the stress hormone in human beings. It has been shown to lower blood pressure, ease anxiety and create a sense of wellbeing. It increases serotonin and it ties us together in a sort of primeval song that is as mysterious as it is un-serious.

In honor of her compassionate work, my wife was named as a laughter yoga ambassador by Dr. Kataria. Our work together as laughter yoga teachers continues today. In fact, we have a group of amazing fellow teachers and volunteers leading calls on our free hotline throughout the day and night.

You’ll find a schedule for all of the free calls as well as a free "Laughing Through Cancer" webinar taking place on May 1-2, 2016 on our website: www.LaughterYogaUSA.com

Khevin Barnes is a male breast cancer survivor and certified Laughter Yoga Teacher
www.LaughingThroughBreastCancer.com
Be the first to discuss this article on CURE's forum. >>
Talk about this article with other patients, caregivers, and advocates in the Breast Cancer CURE discussion group.