Straight to the Heart

A greater understanding of the cardiac side effects of cancer treatments has led to the formation of cardio-oncology teams.
BY KATHERINE MALMO
PUBLISHED June 04, 2018
IT’S NOTHING NEW FOR cardiologists and oncologists to work together to care for patients, but a recent evolution in medicine has cemented the relationship.

The knowledge that certain cancers and particularly their treatments can cause heart problems, along with the trend toward medical subspecialization, has led to the emergence of cardio-oncology teams. The cardiologists and oncologists on these teams are experienced in treating patients with cancer who have pre-existing heart conditions, modifying treatment regimens when they cause heart problems and managing post-treatment cardiotoxicity. The multidisciplinary groups also include nurses and other health care practitioners.

Some cardiologists, such as Richard Steingart, M.D., now focus on treating patients affected by cancer, although this is not yet a board-certified specialty. Steingart, chief cardiologist at Memorial Sloan Kettering Cancer Center in New York City, says that his facility’s cardio-oncology program started in the 1990s but really took off in the early 2000s, paralleling the increased use of medications like the targeted breast cancer drug Herceptin (trastuzumab), which are highly effective but also known to cause heartrelated side effects.

Today, about 30 medical centers with specialized cardiooncology programs conduct research and teach in the field, Steingart estimates. “But,” he says, “every center has cardiology consultations for cancer patients.”


Generally, cancer can affect the heart in three ways. Sometimes, Steingart says, conditions such as lung cancer and melanoma metastasize to the heart or its lining (the pericardium). Other cancer subtypes, like sarcoma, can grow from the heart muscle itself. Rare tumors called pheochromocytomas, as well as carcinoids, secrete chemicals that can directly or indirectly damage the heart muscle and valves, and certain types of white blood cell tumors secrete proteins that form into sticky deposits called amyloids that can damage the heart. Patients with any of these conditions should consider seeing a cardio-oncologist.

Lifestyle issues also contribute. Of the 15.5 million adult cancer survivors in the United States today, more than 40 percent of those over age 50 will develop cardiovascular disease — and not just due to their age. Compared with agematched peers, patients with cancer experience more heart problems than people in the general population, says Patrick Collier, M.D., Ph.D., a cardiologist at Cleveland Clinic.

“Risk factors for cancer overlap with risk factors for heart disease. Many patients who are obese, sedentary or have diabetes may not understand that their risk of cancer is also significantly increased — similarly, for smoking,” he says. “Two million people are diagnosed with cancer per year, and over 50 percent of these have risk factors for cardiovascular disease, so it’s a big overlap and a growing one.

Some think there may be a shared pathophysiological process between cancer and vascular biology that may be converging in a pro-inflammatory milieu. Through research, we are continuing to learn more about this.”

Patients with any of these risk factors should see an internist or cardiologist prior to cancer treatment for advice on how to minimize the cardiac effects of the disease and its therapies. Particularly challenging issues, as well as questions regarding the heart-related risks of cancer treatments versus their oncologic value, indicate the need for a referral to a specialized cardio-oncologist.


For patients who don’t have those risk factors but are undergoing treatments known to cause cardiotoxicity, Jean-Bernard Durand, M.D., of the department of cardiology at the University of Texas MD Anderson Cancer Center in Houston, recommends close monitoring of the heart.

“Then,” he says, “if there are any signs (of heart trouble, the oncologist will) get them to a cardio-oncologist to help with their management.”

A number of medications, as well as radiation therapies, can lead to serious problems caused by degradation in heart capability. The cardio-oncology team’s job is to monitor patients taking the therapies most associated with these problems and balance their benefits against the potential for cardiotoxicity.

Cardiac effects of cancer treatment fall into four categories, according to Anju Nohria, M.D., director of the cardio-oncology program at Dana-Farber/Brigham and Women’s Cancer Center in Boston: vascular conditions that affect blood vessels, like atherosclerosis (clogged arteries), thrombosis (blood clots in veins) and high blood pressure; structural problems, such as degeneration of heart valves; myocardial (heart muscle) dysfunction and heart failure; and, finally, electrical conduction problems that can lead to arrhythmia. Many drugs, including over-thecounter agents, can cause a delay in electrical conduction known as prolonged QT interval, which can — though rarely — lead to cardiac arrest. It is important that physicians know if their patients are taking any of these drugs or may have a congenital prolonged QT interval or electrolyte abnormalities that can make them more susceptible.

Patients must keep heart-related concerns on their radar, even though they may be preoccupied with the immediate concerns of their diagnosis and its treatment, Steingart says. “One of the real challenges,” he says, “is getting the patients’ attention during the acute phases of cancer treatment — to (get them) to concentrate on other matters, such as their heart, when

they are initially overwhelmed by the diagnosis of cancer.” Oncologists and, if needed, cardio-oncology teams, can drive this care by building monitoring into treatment plans. 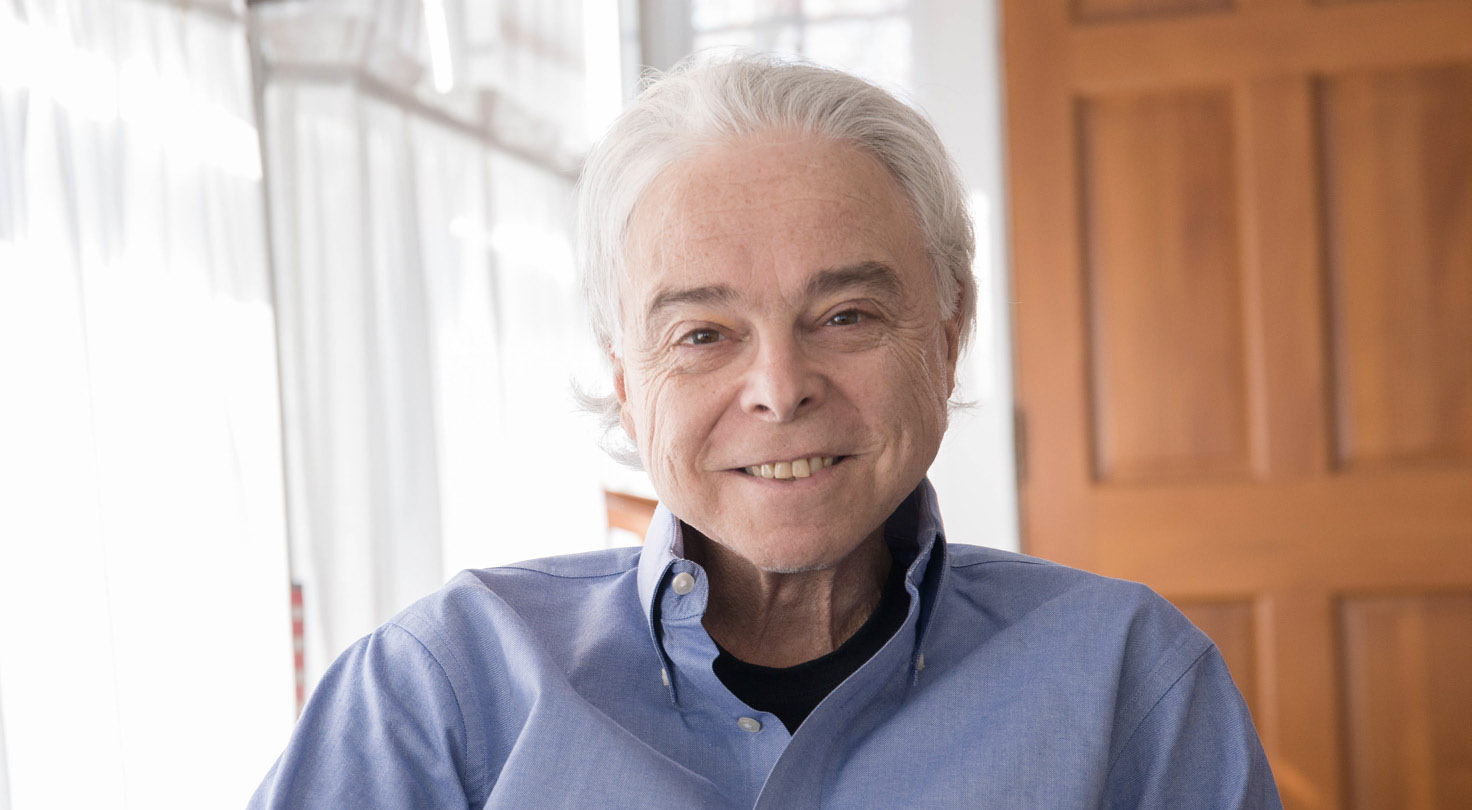 For RICHARD CONBOY, high doses of radiation as a teenager led to heart problems as an adult. - PHOTO BY CYNTHIA AUGUST
The need to pay attention to heart function doesn’t end when treatment stops — effects on the heart can emerge as many as 20 years later, according to Durand. If that happens, he says, the patient should see a specialized doctor. “A cardio-oncologist has incorporated the learnings of the aftereffects of chemotherapy and radiation and, therefore, can focus treatment based on those toxicities,” he says.

Richard Conboy, a retired certified public accountant living in Reading, Massachusetts, benefited from that kind of knowledge. He was 15 years old in 1970 when he received a diagnosis of Hodgkin lymphoma. “Back then,” he says, “the dosages were much higher than they are today. It was still an experiment. People were treated with chemotherapy or radiation, and others were treated with a mix of both. I was treated exclusively with radiation that covered an area from under my chin to just above my knees.”

Conboy did well after his therapy and, now 63, says he started noticing problems just in the past 10 years.

For example, getting his heart rate as high as his swim coach urged left him exhausted.

Then, in March 2010, he found himself back in the oncology ward to have a benign colon tumor removed. After learning more about the latent side effects of his radiation, he scheduled an appointment with the survivorship team at Dana Farber/Brigham and Women’s Cancer Center.

In the course of testing and treatment, Conboy had stents placed to open blockages in the blood vessels to his kidneys and intestines, and he had a tumor removed from his lungs.

In addition, Nohria discovered that Conboy’s valves and carotid arteries were in bad shape and diagnosed restrictive cardiomyopathy, because the heart muscle was stiff and had trouble squeezing and pumping.

Conboy was treated with medications for a few years and, in the summer of 2017, underwent an outpatient, minimally invasive transcatheter aortic valve replacement. “It made a big difference,” he said. “I felt a lot stronger. I became physically active. I could play golf once again without too much difficulty. It was a big boost.”

THE CARDIO-ONCOLOGY TEAM AND TOOLS


Now a well-recognized field, cardio-oncology is endorsed by the American College of Cardiology, Durand says. These professionals have experience treating patients affected by both cancer and cardiac problems and possess knowledge of available cancer therapies, their potential cardiac side effects and the tools that can treat those effects.

A patient undergoing treatment with potentially cardiotoxic medications should be monitored for such side effects. Surveillance might include regular cardiovascular exams that consist of a visual inspection and palpation of points on the body, electrocardiograms to assess rhythm and detect abnormalities, and echocardiographs that evaluate heart function with ultrasound images.

Sometimes, however, issues that appear to involve the heart end up being unrelated. Collier’s job is to find out whether a patient’s heart health has deteriorated or if suspicious findings are due to other problems or the variability of the testing. “These patients are going through chemotherapy, and they’re getting sick sometimes,” he says. “They may become anemic; they may become dehydrated. There can be heart rate and blood pressure differences from this, and often you’re trying to adjudicate if this is due to heart muscle dysfunction in this setting.”

If the problem proves to be the result of a medication or radiation, doctors must decide whether to continue the treatments, stop them or switch to an alternative therapy. The decision depends partly on the availability of therapeutic options, as well as on the patient’s prognosis.

Predicting and preventing heart problems before they happen may seem like a more logical strategy, and it is, to some extent, possible. No magic pill exists, but a few medications may help reduce cardiotoxicity in certain situations. “Some evidence suggests that maybe an angiotensin converting enzyme (ACE) inhibitor or beta blocker (both of which lower blood pressure) can prevent you from developing cardiomyopathy from Herceptin or anthracyclines,” Nohria says. “So, if a patient came in who was hypertensive and on hydrochlorothiazide (Microzide, a diuretic used to lower blood pressure that has been associated with raising heart attack risk), if I knew they were going to have an anthracycline, I might switch their hydrochlorothiazide to an ACE inhibitor or beta blocker, thinking it might control the blood pressure and provide some added protection to the heart.”

“When patients are given anthracyclines at a high dose,” Steingart adds, “there is evidence that dexrazoxane (Zinecard), classified as a chemoprotectant, helps prevent heart toxicity. The reason it isn’t used universally is that the data on whether it decreases efficacy of the anthracycline (are) not clear.”

In ongoing studies, researchers aim to learn more about whether some of these drug types, such as beta blockers and ACE inhibitors, as well as lipid-lowering statins, can help prevent cardiac side effects from anthracyclines and some other cancer drugs.

Some preventive measures are in the hands of patients, Steingart notes. He recommends avoiding alcohol because it is a myocardial depressant, as well as staying physically fit, making sure blood pressure is controlled, and not smoking.

“One of the most important things a patient can do is exercise,” Durand says. “Exercise doesn’t have to be going to a gym or taking a class for 30 minutes five times per week. It’s just 20 minutes of activity at least three times a week. That can be very challenging for a cancer patient to do when they’re actively being treated, but the benefits they gain are less pneumonia, and, most importantly, fewer blood clots, which can be fatal.”


The good news is that patients with cancer are living longer, and oncologists are more aware of toxic side effects of treatment and how to minimize them. “In the past,” Collier says, “it was all about surviving cancer, and the potential complications down the road were less of a concern. Now, because therapies have improved so much, there is a higher consideration of the patients’ long-term prospects and their cardiovascular health for the future.”

For Conboy, multidisciplinary collaboration by medical practitioners led to a life-saving moment. “If I had not had doctors who coordinated things the way that they did and people who were really doing the research using these drugs and procedures,” he says, “I honestly don’t think I would have lasted this long. I have to say that it was remarkable. They were so engaged in my treatment. It was an enormous benefit — being treated by the people who were really putting new drugs, therapies and treatments to work.”
Be the first to discuss this article on CURE's forum. >>
Talk about this article with other patients, caregivers, and advocates in the Lung Cancer CURE discussion group.