Patients with metastatic breast cancer often feel isolated and alone. The Metastatic Breast Cancer Network is out to change that.
BY Laura Panjwani
PUBLISHED March 07, 2016 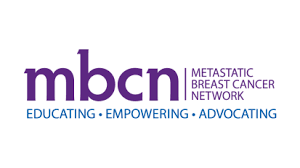 For two years after Shirley Mertz was diagnosed with metastatic breast cancer, she didn’t meet a single other person with the disease.

“I asked my doctor to introduce me to someone else with my disease, but he wasn’t able to,” she says. “It was isolating.”

“I walked into this auditorium and it was filled with other people who have my disease,” she says. “It was just overwhelming. I decided to get involved with MBCN right then.”

Today, Mertz is the president of MBCN, which has hosted nine national conferences at major cancer centers nationwide including Dana Farber, MD Anderson, Indiana University, University of North Carolina, Johns Hopkins and Memorial Sloan Kettering Cancer Center. Their tenth conference is planned for October 2016 and more than 200 patients and caregivers are expected to attend.

Conference sessions will focus on the latest treatments for subtypes of metastatic breast cancer, use of genomic sequencing in the clinic, brain and bone metastases, psychosocial strategies for living with the disease and the use of meditation, exercise and nutrition to enhance quality of life.

The events provide those with metastatic breast cancer an outlet to discuss the unique challenges they face, says Mertz.

“The message that comes out in October is, ‘Catch it early, get mammograms, get screened and you will survive it,’” says Mertz. “That’s not always true and it does leave those with metastatic breast cancer feeling isolated, misunderstood and shameful. People don’t understand that you can get a metastatic diagnosis many years after doing everything that you were told to do to treat early-stage disease.”

Those with metastatic breast cancer have the additional challenge of coping with a disease which is treatable, but currently incurable, says Mertz. Unlike those who early-stage disease, those with metastatic disease must receive treatment for the rest of their lives.

“Every day we have to deal with the fact that we will eventually die from this disease,” says Mertz. “There is a lot of fear about dying and how that will impact your family and that never goes away. It comes in waves. There is an emotional factor with early stage breast cancer, I was there, but the difference with metastatic disease is that our fear never ends.”

The MBCN is working to educate clinicians on how to better address the emotional health of metastatic breast cancer patients. In addition, they are working to support further research into late-stage treatments.

In 2012, the group became a founding member of the Metastatic Breast Cancer Alliance, an organization made up 27 advocacy organizations and eight pharmaceuticals whose mission is to move research forward, improve patient access to information and build awareness of the disease for those living with metastatic breast cancer.

“This is a major advance for the metastatic community, since in 2004, MBCN was virtually the only organization in the United States that was committed to the metastatic breast cancer community,” says Mertz. “It is going strong and we are very proud of it.”

The MBCN receives donations, often made in honor of those who have lost their battle with the disease. In 2015, the MBCN used those donated funds to award four grants to researchers whose work is focused on improving outcomes for patients in the clinic. They plan to continue to award research grants in 2016. The group was also involved in declaring Oct. 13 National Metastatic Breast Cancer Awareness day to globally to acknowledge the challenges of those living with the disease.

Progress has been made in metastatic breast cancer research, but there is still a lot of work to be done says Mertz.

“There are more treatments, and for those with certain subtypes people are living longer and that is great news,” says Mertz. “We would just like to get to the point where when you receive a diagnosis of metastatic breast cancer you still can hope to live 20 or 30 years more. That is the goal.”
Be the first to discuss this article on CURE's forum. >>
Talk about this article with other patients, caregivers, and advocates in the General Discussions CURE discussion group.