Many advances have been made in the fight against prostate cancer in the past two decades, but ZERO will not stop until the disease is completely ended.
BY Jamie Bearse, President and CEO, ZERO --The End of Prostate Cancer
PUBLISHED March 09, 2016 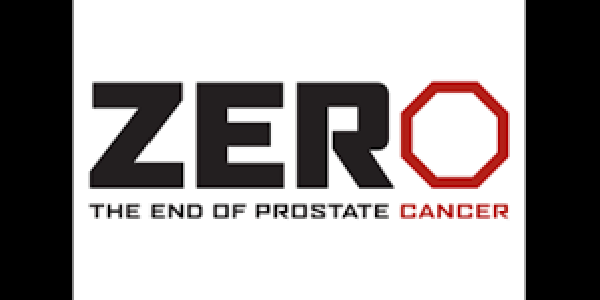 Colonel Paul Taylor has spent a lifetime keeping Americans safe while building a future for his three daughters. It is only with the advances that ZERO has made during the last twenty years that we are able to equip him for his personal fight against prostate cancer.

In Taylor’s battle with the disease, testing and treatment breakthroughs have given him hope, but ZERO doesn’t want to stop there. The nonprofit’s mission is to end the disease, and it’s a goal they’re fighting for to ensure the futures of the thousands of men like Taylor.

From the patients ZERO works with and members of the organization’s own experience, here are some things learned so far in our journey to ZERO:

1. Know your risk. The greatest risk factors for developing prostate cancer are increasing age, a family history of the disease, ethnicity, and diet. African-American men are 1.7 times more likely to be diagnosed, and a man with at least one close relative who has had the disease has twice the risk compared to the general population. Not having any of these risk factors does not mean that you are immune, however, all men are at risk for the disease.

2. Early detection is critical. It is important to understand your risk for prostate cancer and to speak to your doctor about being tested. You can also find free testing sites on ZERO’s website.

3. Education is essential. Learn as much as you can about your disease. Do your own research, seek a second opinion and consider building a multidisciplinary medical team to work together to suggest a treatment plan for you based on your diagnosis, personal health and preferences to ensure you have the best health outcome and highest quality of life.

6. Connect with others. Community involvement in the fight to end prostate cancer is important to raising awareness on a local level. To help raise awareness and help patients and families connect, we have nearly 40 Run/Walk events nationwide in 2016.

9. There is hope. Terrific advances in prostate cancer detection and treatment have reduced the mortality rate by an average of 3.5 percent each year, and the five-year survival rate for all men with prostate cancer is nearly 100 percent. Today, there are also dozens of new treatments under clinical review – the hopeful side of prostate cancer has never been so hopeful.

10.  Help create Generation ZERO. This year ZERO celebrates twenty years of saving lives and keeping families together. Join us in creating Generation ZERO – the first generation of men free from prostate cancer.
Be the first to discuss this article on CURE's forum. >>
Talk about this article with other patients, caregivers, and advocates in the Prostate Cancer CURE discussion group.