When 34-year-old Jen Levinson was diagnosed with stage 2 breast cancer in 2000, the breast cancer world gained a powerful advocate -- but it wasn't Jen, it was her mother.

When 34-year-old Jen Levinson was diagnosed with stage 2 breast cancer in 2000, the breast cancer world gained a powerful advocate — but it wasn’t Jen, it was her mother Liz Wohl, a New York real estate agent.

“As a mother you are used to doing things for your children, but there wasn’t a lot I could do when Jen was diagnosed,” Wohl says. “Jen actually started down the volunteer path when she learned about the Young Survival Coalition (YSC), and we both went to the meetings. Even my mother went, so it was all of us.”

Jen had a 14-month old son when she was diagnosed, and, as he got older, she had to pull back from the travel and meetings — not so her mother. Wohl says she was fine with Jen’s decision, telling her she would be happy to continue her involvement on behalf of her only daughter because that’s what mothers do.

As a member of YSC, Wohl helped create a research agenda for women under 40 and presented the information in a poster presentation at the 2006 SABCS. She was involved in updating the information last year.

Like many advocates, Wohl wants more collaboration between researchers for important goals.

“It is the paper that never gets published and it’s a tremendous waste of resources. We need to do it differently,” she says.

Wohl is also the New York City field coordinator for the National Breast Cancer Coalition (NBCC) and president of the New York State Breast Cancer Network. In those capacities she works toward the 20/20 deadline set by NBCC to end breast cancer.

A major part of the initiative is passing the Accelerating the End of Breast Cancer Act, which focuses on identifying strategies to prevent breast cancer from developing, and to prevent metastasis. The passage of the act would create the Commission to Accelerate the End of Breast Cancer, which would be comprised of the best minds in biomedical research, business, breast cancer advocacy, and other related and unrelated disciplines.

The Commission would be tasked with identify promising opportunities and ideas in these two areas in fundamental, translational and applied sciences and epidemiology, which are not currently being prioritized by the public and private sectors, but which hold true promise in ending breast cancer once and for all.

The act has 253 bipartisan sponsors, but like most other issues in Washington, is stalled by battling parties.

Wohl says Jen had a local recurrence a few years ago and is on Herceptin, which has kept it under control. She has no plans to stop advocating for Jen and the other women facing breast cancer. She has found that when she walks in to talk to someone about breast cancer and says it is her daughter who was diagnosed, they stop to listen.

“Being a mother with a child who has had breast cancer is a strong voice," Wohl says.

To join the 20/20 movement, go to www.breastcancerdeadline2020.org 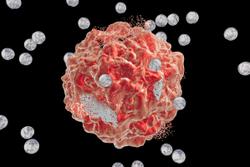