Actor Sterling K. Brown is the Face of ‘Survivorship Today’ Shedding Light on Life After Cancer

Through Bristol Myers Squibb’s ‘Survivorship Today,’ Brown — a star of the TV series “This Is Us” — has been interviewing cancer survivors about their journeys and the kinds of support they need.

Sterling K. Brown lost his uncle and his father too soon, and he didn’t get to say his final goodbyes. But the actor had the sense that he was rewriting those endings when he infused his feelings of loss into a storyline on the NBC television series “This Is Us.” His character, Randall Pearson, not only helped his biological father William through a cancer journey, but shepherded the man through his last minutes of life.

Because Brown’s uncle, Sonny, died of cancer, the actor is now paying tribute to him in yet another way: by collaborating with pharmaceutical company Bristol Myers Squibb on a program called “Survivorship Today.” The video series offers insights into what it’s like to live with cancer and Brown, over the past couple of years, has been narrating the pieces and traveling across the country to conduct interviews with patients.

“The catalyst for me was my uncle, my mom's brother, who passed away in 2004 from (pancreatic) cancer,” said Brown, an Emmy- and SAG Award-winning actor who is also known for his roles in the movie “Black Panther” and the TV series “The People v. O.J. Simpson: American Crime Story” and “The Marvelous Mrs. Maisel.”

“It was quick, and it took a toll on my family as a whole, because it was about six months from the time of his diagnosis until he passed away,” Brown continued. “So, the fact that we're talking about long-term survivorship I consider to be a triumph in and of itself. But it does mean that we're still learning about the community of long-term cancer survivors. What does it mean? What do they need in terms from their support groups to thrive in life?”

Brown says he’s learned some answers to those questions in meeting with patients with cancer. One is that it takes resiliency to make it through a cancer journey. “I truly do believe that you have to believe you can make it in order to be a long term-survivor,” he said. “It starts in your thinking.” A second tenet, he said, and one that caregivers should carefully heed, is that “you can't be happy all the time.”

“Once someone goes into remission,” Brown said, “there is a great deal of gratitude for the fact that they are in that present state, but there is still worry and concern about (the cancer) coming back, and there is a grieving process that you go through for what your body used to be able to do … and a coming to terms with (the fact) that this is your new normal.” It’s important, he said, to give “your cancer loved one the space to feel all of what they're going through, and not just always (be) pushing them into a place of: “This is awesome. Congratulations. This must be wonderful.”

Brown recalled one survivor who emphasized another takeaway: the importance of getting screened for cancer, even if it’s unpleasant. Specifically, Bin is determined to encourage Black men to get checked for prostate cancer, for which they face a relatively high risk.

“My friend, Bin, an African American man, was going to local barbershops trying to get men to sign up to get their prostates checked … and realized that he himself had not been practicing what he preached,” Brown said. “He went in (for testing) and found out that he had prostate cancer. It's made me more vigilant about making sure that I, as an African American male, do what I need to do to maintain the highest quality of life and make sure that I trumpet that message out to other men of color.” He added that “many men can make such a fuss over having a digital exam, where that digital exam could save their life. Whatever temporary amount of discomfort or embarrassment you may feel, if it gives you access to longevity, then we need to get out of our own heads and put that machismo to the side so that we can survive and thrive not just for ourselves, but for our families, as well.”

Brown also recalled Donna, who is immunocompromised from multiple myeloma and quit her job as a personal assistant so she could restrict her interactions with others during the COVID-19 pandemic. But she found that “some people weren't as sensitive to that,” Brown explained.

“The whole idea of wearing a mask being presented as an infringement on personal freedoms seems sort of odd,” he said, “because to me, it's just the ultimate courtesy. Given the fact that we know what we know about the disease, and that you can be an asymptomatic carrier whether or not your own health is being affected, the possibility that you could affect someone else's health to their detriment isn't a position I think anybody wants to put themselves into. (We need) a higher degree of mindfulness of why we wear the mask, who we’re looking out for. I think it is our responsibility to be our brother's and sister’s keepers in this situation.”

In keeping with that philosophy, the pandemic has interrupted in-person interviews for “Survivorship Today” — and Brown misses them.

“It was really, truly lovely, the hugs that we would get and the pictures that we’d take after it was all over,” he said. “Those were some of the best parts of the whole interviewing process. I look forward to the time in which we're on the other side of this thing and everyone has access to a healthy vaccine, and I'm able to see them in person once again and give them that hug that I so look forward to.”

He’s facing the same situation on the set of “This Is Us,” where actors get tested for COVID-19 three times a week and remain in a separate “zone,” wearing personal protective equipment, when not acting. Only while filming scenes are the actors allowed to physically interact.

“So, for a few minutes on camera, I get a chance to be Beth’s husband, and Deja’s and Tess’s and Annie’s dad, and it requires me to give them a kiss on the forehead or a hug,” Brown said. “I delightfully embrace the opportunity to make physical contact with another human being in a way that's safe and sanctioned.” 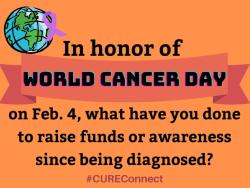