A study evaluating the efficacy of Aliqopa (copanlisib) in combination with Rituxan (rituximab) in patients with indolent non-Hodgkin’s lymphoma who have relapsed after at least one prior line of therapy also involving Rituxan has met its primary endpoint, according to Aliqopa’s manufacturer, Bayer.

A phase 3 study, evaluating the efficacy of Aliqopa (copanlisib) in combination with Rituxan (rituximab) in patients with indolent non-Hodgkin’s lymphoma (iNHL) who have relapsed after at least one previous line of therapy involving Rituxan, has met its primary end point of prolonged progression-free survival (PFS).

“Indolent forms of non-Hodgkin’s lymphoma are a heterogenous group of malignancies characterized by a chronic pattern of remissions and recurrences. For iNHL patients with disease progression who are in need of treatment, there are few approved treatment options,” Scott Z. Fields, MD, senior vice president and head of Oncology Development at Bayer, Aliquopa’s manufacturer, said in a press release. “The positive results from CHRONOS-3 demonstrate the potential clinical benefit of copanlisib in combination with rituximab, to address the unmet medical need in these patients.”

In the trial, researchers investigated whether Aliqopa is superior to placebo in combination with Rituxan in extending PFS in patients with relapsed iNHL who have received at least one prior treatment that included Rituxan. To enroll in the trial, patients must have relapsed after their last Rituxan-containing therapy and either had a treatment-free interval of 12 months or greater after completion of the last Rituxan-containing treatment, been unwilling to receive chemotherapy or have chemotherapy be contraindicated due to age, comorbidities, and/or residual toxicity.

A total of 458 patients were enrolled, and according to the Bayer, the safety of Aliqopa has also been found to be consistent with previously published data on the individual components of the combination. No new safety signals have been identified.

In addition to discussing the data from this study with health authorities around the world, Bayer noted that results will be presented at an upcoming scientific congress.

Aliqopa was previously approved in the US under accelerated approval in 2017 for the treatment of adult patients with relapsed follicular lymphoma who have received at least two prior systemic therapies, after the open-label, single-arm, multicenter, phase 2 CHRONOS-1 clinical trial produced an overall response rate (ORR) of 59%, including a complete response rate of 14%.

In that study, 142 patients were enrolled, including 104 patients with follicular B-cell non-Hodgkin lymphoma who had relapsed disease following at least two prior treatments. However, the release concluded continued approval for this indication will be contingent upon verification and description of clinical benefit in a confirmatory trial. 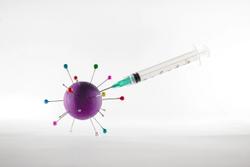