Arthritis Medicine May Move on to Polycythemia Vera Treatment Scene

Can a drug used to treat arthritis also be a way to treat polycythemia vera (PV), and save patients with the blood cancer money?

Can a drug used to treat arthritis also be a way to treat polycythemia vera (PV), and save patients with the blood cancer money?

Researchers at the University of Sheffield in England believe that the chemotherapy agent and immune system suppressant, methotrexate (MTX), would benefit tens of thousands of people affected by the disease.

The reason an arthritis treatment may work to treat the rare cancer type is because they both have connections to the Janus kinase/signal transducers and activators of transcription (JAK/STAT) pathway. In patients with arthritis, it sparks up inflammation and an autoimmune response, and for PV, mutations in the pathway account for the majority of diagnoses.

In initial tests carried out in fruit fly cells, MTX has proven to be a suppressor of this pathway.

“A drug that targets this inappropriate JAK/STAT signaling in arthritis probably represents a good candidate to do the same in PV,” Martin Zeidler, a professor in the department of Biomedical Science at the University of Sheffield, said in an interview with CURE.

After seeing MTX’s success in fly studies, Zeidler went on to test the drug in human cells with the JAK2 mutation. MTX was able to reduce the pathway activity. Further, when low-dose MTX was given in mice that were engineered to have that human gene mutation, the drug, once again, proved to have promising results.

“These mice develop a severe PV disease when left untreated. But, in just a month, MTX treatment was able to significantly improve the disease in these animals,” Zeidler said.

PV is part of a group of blood cancers collectively known as myeloproliferative neoplasms (MPNs). Patients with the disease are typically diagnosed between 60 and 70 years old and, on average, live for 10 years.

Although PV is not a particularly aggressive form of cancer, the disease comes with a slew of unpleasant side effects, said Zeidler. These include: splenomegaly (enlarged spleen), night sweats, itching and feeling full all the time, which could lead to significant weight loss. These are results of the nature of the disease, which causes the body to produce excess blood.

There is currently no cure for PV. However, patients can be treated with phlebotomy, which is the taking of blood from the patient’s body; hydroxyurea, an oral chemotherapy; and Jakafi (ruxolitinib), a drug approved by the Food and Drug Administration that works with the body’s immune system to kill the cancer cells. Like MTX, Jakafi also targets the JAK pathway.

Zeidler said that properly controlled human trials are necessary to continue to explore the possibility of using MTX in patients with PV. If the trials prove to be successful — and he has a feeling that they will — bringing MTX on to the treatment scene for PV could be paradigm-shifting and cost-effective.

“This could indeed be a very significant advance with the potential to target the underlying pathway responsible for the disease rather than just the consequences,” Zeidler said. “In addition, given how cheap the drug is, we hope that its availability will not be constrained by cost concerns. So, it should be available to pretty much everybody who could benefit — both in the developed world and in less developed countries globally.”

Down the line, the use of MTX may also be able to treat essential thrombocythemia and primary myelofibrosis, two other kinds of MPNs that also are driven by a JAK/STAT mutation, according to Zeidler. These diseases were not included in the mouse data, and therefore require further investigation.

But when it comes to testing MTX’s efficacy in treating PV in humans, Zeidler said that his research team plans on initiating a trial sometime next year. 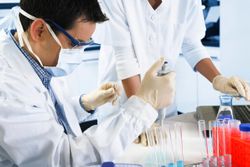 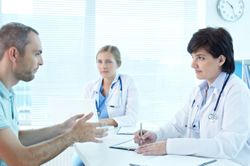 Jakafi Reintroduced to Patients with Myelofibrosis After Discontinuation May Extend Survival