Dr. Nirav Niranjan Shah explains the data behind why autologous stem cell transplant should remain the standard of care for patients with relapsed chemo-sensitive DLBCL.

As the cancer landscape moves toward CAR-T cell therapy for patients with relapsed chemo-sensitive diffuse large B-cell lymphoma (DLBCL), researchers looked at the role autologous stem cell transplant plays in this patient population and still found it to be the standard of care, according to data presented at the 2020 American Society of Clinical Oncology (ASCO) Virtual Scientific Meeting.

In an interview with CancerNetwork®, a sister publication to CURE®, Dr. Nirav Niranjan Shah, from the Medical College of Wisconsin, discussed results of an analysis of this patient population that showed that autologous stem cell transplant still plays a role in these patients.

We looked at this population of patients who went into their transplant with a partial response, really to understand if there is a role to understand autologous stem cell transplant for this patient population in the CAR-T cell era. What we found through the registry was that the number of autologous stem cell transplants done were patients with diffuse large B-cell lymphomas had decreased 45% from 2017 to 2018.

This made us think that there might be some patients like this, who had a PET-CT partial response that didn't go to auto-transplant but probably got CAR-T cell therapy instead. So, we wanted to see what the outcomes for autologous transplant looked like.

What we found in our study was that the 5-year progression-free survival, whether you relapsed early in 12 months of diagnosis or relapsed late, the PFS was 41% at 5 years for both cohorts. We were encouraged by this number and it does show that autologous transplants do still have a role for patients with chemo-sensitive relapsed diffuse large B-cell lymphoma, even if they have only a partial response to the time of transplant. 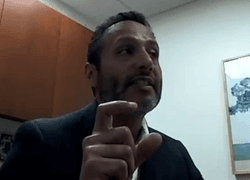 How Theranostics Differs From the Current Prostate Cancer Treatment Options

How the Cancer Care Team is Like a Symphony Orchestra