Being an Advocate: "A What?"

When Kathy LaTour learned about a group of people who had come together to advocate for cancer survivors, she joined their mission to spread awareness that the cancer experience still continues after treatment.

When I received my diagnosis in 1986, becoming a breast cancer advocate was a new idea. In fact, the word “advocate” was relatively new in the cancer world. I remember when someone referred to a friend of mine as an advocate, she turned to me and said, “What is that?”

I think I said something like, “It is a group of like-minded people who want to help or speak for a specific group of people.”

As it turned out, I later learned that right around the time I was diagnosed there was a group of people meeting in Albuquerque, New Mexico, who had come together to advocate for cancer survivors. The group was and still is called The National Coalition for Cancer Survivorship (NCCS).

The article by one of the co-founders, Dr. Fitzhugh Mullan, called “Seasons of Survival: Reflections of a Physician with Cancer” in The New England Journal of Medicine, helped to jumpstart the research and awareness that when we finish treatment, the cancer experience still continues.

As part of their mission, NCCS held annual meetings held around the country that were a gathering for survivors to learn more about being a survivor. In the early 90s I was elected to the national board and saw firsthand what commitment and passion looked like. Their mission was to look at “the full spectrum of our lives as we lived “with, through and beyond the cancer experience.”

I can recall the work and board meetings where I was introduced to new language, i.e. “survivors” instead of “victims”. In 1992, the organization moved to Washington, D.C. to be closer to the offices and government they hoped would change our experience to recognize that surviving cancer is so much more than just living past treatment.

NCCS was so much more than an advocacy group: it was a growing group of people who saw that until the National Cancer Institute (NCI) and other impactful groups in Washington understood research about our challenges after treatment ended, nothing would change. So NCCS worked to create an office of Survivorship at the NCI, which they accomplished in 1996.

Like all those affiliated with the group, I had my eyes opened to the future: “my” future after cancer treatment. It also motivated me to see that non-profit advocacy groups could make a difference and that I could help the uninsured women in Dallas get top treatment for breast cancer. Soon after I joined the board of NCCS, my surgeon came into our support group and asked for some kind of help taking care of uninsured women. As I got involved in helping create this group, it meant my involvement with NCCS had to slow down, but the result is one of the things that I am most proud of in my life.

As one of four members of the support group and a number of women we knew, The Bridge Breast Network was founded. This coalition of doctors and survivors has provided the best surgeons, oncologists, radiation therapists and plastic surgeons for uninsured women in Dallas. And it is still going strong.

I still keep in touch with those at NCCS, in part because I will never forget gathering on the mall in Washington, D.C. in 1998 for The March—coming together to Conquer Cancer, an event that brought more than 100,000 to the nation’s capital and a million more to events in all 50 states.

My daughter and I marched in Washington, D.C. wearing t-shirts that had a photo of my mother holding my 6 month old daughter on her lap. The back of my t-shirt said:

My daughter had on a t-shirt with the same picture. Hers read: 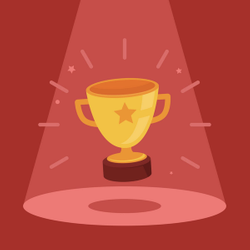 Improving How Doctors and Patients Have Difficult Conversations