Once a patient progresses following initial treatment for kidney cancer, one expert says TKIs are the next step in therapy.

Although immunotherapy combinations have transformed treatment of metastatic renal cell carcinoma, experts now must determine the best treatment options for patients whose disease progresses on these therapies.

“What can we do to improve upon outcomes? We are in a space where there are limited data because there are drugs that did not exist in the space before,” Dr. Chung-Han (Joe) Lee, a medical oncologist at Memorial Sloan Kettering Cancer Center in New York City, said in an interview with OncLive®, a sister publication of CURE®. “There is a lot of extrapolation that we have to do, so it is a very exciting time to be in kidney cancer and it is going to continue to rapidly evolve.”

However, once these regimens stop working patients are limited, according to Lee. Typically, tyrosine kinase inhibitors (TKIs), a type of targeted therapy, have been used as second lines of treatment. For instance, using the combination of Lenvima (lenvatinib) with Afinitor (everolimus), which was approved by the Food and Drug Administration (FDA) following results of a phase 2 trial comparing the combination versus each medication alone. “The trial showed outstanding results with improvements in objective response rates, progression-free survival and overall survival (with the combination),” Lee said. “The combination of lenvatinib plus everolimus became one of the first combination regimens that not only showed greater efficacy, but also tolerability. Since then, we now have various combinations that we use — mainly with both immune checkpoint inhibitors and TKIs.”

Researchers have also begun to examine Keytruda combined with Lenvima and based on initial analysis it seems to be an active regimen with encouraging results, Lee explained.

“When we think about (TKI/immunotherapy) type of approach, we have established many different TKIs that are now FDA approved,” he said. “The direction of the field is trying these types of approaches and expanding upon potential treatments. There has been some interest in establishing new pathways, such as HIF-2 inhibitors or metabolic inhibitors.”

But challenges remain in trying to find the best treatment for patients with metastatic disease. Before beginning a second course of treatment, Lee considers all of the medications that the patient has already received. In addition, he evaluates their performance status, support system and if he thinks they will be able to manage potential side effects.

“We are looking to maximize patient survival,” Lee said. “With the movement of immunotherapies into the frontline setting, there are a lot of things that we do not yet understand. A lot of the data that we have are in immunotherapy-naïve patients. How this changes the space remains unknown and a lot of research has gone into looking at how to salvage patients who are immunotherapy refractory.” 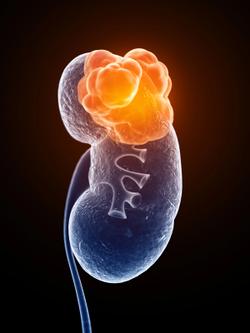 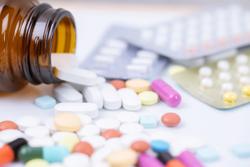