An expert on clinical and translational research in gastrointestinal malignancies discusses the promising future of targeted therapy in cholangiocarcinoma treatment.

With no targeted therapies approved by the Food and Drug Administration (FDA) for the treatment of patients with cholangio&shy;carcinoma — a rare cancer of the bile ducts — trials evaluating the use of the investigational drug infigratinib offer exciting implications, according to Dr. Rachna T. Shroff. This drug inhibits a class of cell-surface proteins known as fibroblast growth factor receptors (FGFRs).

“It is phenomenal and motivational to see how much the landscape of cholangiocarcinoma has changed in the past decade,” said Shroff, who is chief of the section of gastrointestinal medical oncology and an associate professor of medicine at the University of Arizona Cancer Center in Tucson. She said that progress occurred as scientists came to better understand the genes that drive cholangio&shy;carcinoma and the fact that, genetically, the disease can look quite different from patient to patient. Researchers also know more now about the biological and risk-factor differences between intrahepatic and extrahepatic cholangiocarcinoma. Intrahepatic disease develops in the bile duct cells, both inside and outside the liver; extrahepatic disease develops outside the liver.

This new knowledge allows researchers “to see how we can better or more smartly target these cancers,” Shroff said.

In an interview with CURE®, Shroff discussed the role of genomics — determining the gene sequence of tumor DNA — in cholangiocarci&shy;noma treatment and the implications of the phase 3 PROOF trial. The study was designed to evaluate the safety and efficacy of infigratinib compared with standard-of-care chemotherapy for the initial treat&shy;ment of patients with inoperable or metastatic cholangiocarcinoma that expresses FGFR, a protein that helps cholangiocarcinoma grow. Infigratinib blocks FGFR’s activity, which can slow cancer’s prolifera&shy;tion and lead to cancer cell death.

CURE®: What is the role of genomics in cholangiocarcinoma?

Shroff: It is an integral part of the decision-making process when cholangiocarcinoma is diagnosed. Molecular profiling is essentially a standard practice now in all patients at the time of diagnosis. We also encourage referrals to cancer centers to ensure that (genomic profiling is) being done and that patients have access to the trials that stem from their molecular profile.

The majority of patients will start on standard chemotherapy or perhaps a clinical trial in the front-line setting and then have that molecular profiling done in parallel so that information is available to help guide subsequent lines of treatment in terms of decision-making for clinical trials or other targeted therapy approaches.

The other thing to keep in mind is that, now, as we have gotten smarter and more efficient with molecular profiling of patients, we are starting to look at the (use) of targeted therapies in patients with new diagnoses, either in conjunction with chemotherapy or, occasionally, even without chemotherapy. It is fantastic for these patients to have options that do not require chemotherapy and all the side effects that come with it.

Can you discuss the PROOF trial?

(Infigratinib) is a targeted inhibitor against FGFR. It was the first FGFR inhibitor to be investigated in cholangiocarcinoma.

We know that 10% to 20% of patients with cholangiocarcinoma have FGFR2 fusions, rearrangements of the gene that are thought to drive cancer behavior by producing an abnormally active FGFR2 protein that promotes the growth and progression of cholangio&shy;carcinoma, so this is a very important area to target. Furthermore, infigratinib targets FGFR1-3 while sparing FGFR4, unlike other FGFR inhibitors. This is meaningful because FGFR4 may help suppress tumors in the liver.

Infigratinib and other FGFR inhibitors have been tested previously in refractory patients — those (whose disease has) progressed on standard chemotherapy or other lines of therapy — and have an FGFR alteration identified by tumor gene sequencing. In those studies, there was clear clinical benefit; notable overall response rates were seen in heavily pretreated patients. This led to the idea that maybe we should look at this in patients with new diagnoses.

The PROOF study is a pivotal study that will be randomizing patients to receive either standard-of-care chemotherapy or infigratinib so that their health outcomes can be compared.

Participants will have inoperable, recurrent or metastatic cholangiocarcinoma for which they have not received chemotherapy. Patients may have received treatment for an earlier stage of the disease at least six months prior to starting the study. Comparing chemotherapy with a targeted therapy in this disease is a novel and radical concept, so it is exciting to have that as a prospect for patients. This is also a registration study, so if this is a positive phase 3 study, then we would have an FDA-approved targeted therapy available for these patients.

Since this is a novel concept, what should patients know?

The main thing when it comes to cholangiocarcinoma as a whole is that they know molecular profiling needs to be a part of their care. (Also, they should remember) that referral to a cancer center is probably really important, because so many clinical trial options are available … now that that landscape has completely changed and grown in a very positive way in the past 10 years.

We are trying to push the needle forward, and we are doing so with very smart clinical trials. Having patients seek out the experts wherever they are, and making sure they are getting the latest and the greatest cutting-edge therapies that are better tolerated than previous options, is really important.

How much do you know about certain chemotherapy side effects? 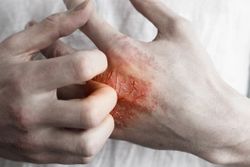 Three Tenets to Prevent Stivarga-Related Side Effects, Improve Survival and Quality of Life