Inhibiting a cholesterol receptor could prevent a certain type of kidney cancer from growing, according to recent research.

The researchers found that inhibiting SCARB1, can keep ccRCC cells from multiplying – or even destroy them altogether – highlighting the potential for a new way to treat the disease. SCARB1 is a protein on the surface of cells that allows them to import cholesterol, which fuels ccRCC survival and growth.

“So we know that the (cancer) cells are surprisingly dependent on cholesterol. They’re equally dependent on this particular cholesterol transporter to bring it in. It turns out, the protein is actually a co-receptor for the hepatitis C virus,” said researcher M. Celeste Simon, PhD who is the Arthur H. Rubenstein, MBBCh professor in the department of Cell and Developmental Biology and the scientific director of the Abramson Family Cancer Research Institute, in an interview with CURE®.

Simon said that it’s a “lucky break” that there are drugs for hepatitis C that inhibit SCARB1 and have already been tested in clinical trials for safety and effectiveness. The next step would be to study them in the cancer space.

Trials evaluating the SCARB1 inhibitor for ccRCC are currently underway in mice. Next, they will be tested in humans.

“We know that these (drugs) are pretty well-tolerated in patients who may have hepatitis C, but how well tolerated are they in patients with renal cancer? We don’t know that, yet, but that’s where we want to go,” said Simon.

Down the line, if these drugs work, they may be a treatment option for a broader group of patients with ccRCC than immunotherapy or other targeted agents that – while promising and effective – tend to only work on a smaller percentage of patients.

“In the study of cancer, especially intensively over the last 50 years, a lot of progress has been made in understanding the underlying genetics of cancer, which is daunting because the changes are numerous and they keep evolving, with changes in the structure of chromosomes, signaling pathways and oncogenes that there are so-called ‘targeted therapies’ for,” Simon said. “But what lagged behind up until about 20 years ago is how do metabolic changes go along with that?”

Simon and her team see ccRCC as a metabolic disease since it relies on taking in cholesterol for growth.

“Beyond the tremendous genetic (differences) that these tumors exhibit, there are, nevertheless, common metabolic adaptations that (the disease) can become dependent on,” Simon said.

Research in ccRCC will continue to expand, leading to even more treatment options for this patient population.

“The bottom line is that even though there’s a healthy skepticism that metabolic interventions will really impart durable cure, we’d like to say that we think they may,” Simon said. “Patients are experiencing benefit from immunotherapy, and 15 years ago, nobody ever thought that was going to work. It was because many people persisted and didn’t get discouraged that those options are now becoming increasingly available…. Never say never.” 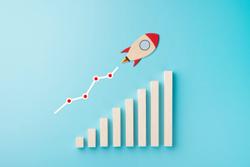