Coming to Grips with the News that You've Got Cancer

I was rolling along in the summer of 2012. Having turned 60, I was working more than 50 hours a week as a litigation partner of a global law firm, playing tennis, fishing (not necessarily catching) on the rare occasions I could get away and reporting to work out almost daily. After a standard check-up, my internist said my red blood cells looked a little large. “Nothing to worry about —there are lots of harmless explanations,” he told me. “But I want you to see a hematologist.”

Fast-forward to the spring of 2013 when I was diagnosed with MDS — myelodysplastic syndrome — a blood cancer that comes in a variety of forms with different prognoses. My case was complicated and the various experts agreed that the only potential cure was a bone marrow or stem cell transplant. The hematologist said my life expectancy without a transplant was unpredictable and likely less than three years. On the other hand, there was a meaningful risk that the transplant itself would be fatal. My initial reaction to this “death notice” will sound familiar to many cancer patients. Because I felt healthy, it was hard to believe I had a fatal illness and was at risk of dying soon. It was a surreal experience that turned my life on its head.

My days revolved around medical appointments. Prior concerns and stresses quickly faded into the background of the disease. Work was no longer my primary focus. My wife, Melissa, had to worry not only about how she and I could best cope with our new circumstances, but also how she could best protect our two sons (then ages 17 and 21) from the overwhelming anxiety while telling them as much as they needed or wanted to know. Naturally, she also worried about what life without me might be like for her and our kids. We decided to proceed with a transplant. And even though we lived in New York City, we decided to put my fate in the hands of Dr. Ted Alyea at the Dana-Farber Cancer Institute. All the doctors we consulted were impressive, but we felt most comfortable with Dr. Alyea and, significantly, with how we saw everyone at Dana-Farber interact with patients. That was the basis on which we made our decision—not an analysis of the complicated differences among the transplant methodologies of the top cancer hospitals.

Here’s my advice for someone in the early days of dealing with a cancer diagnosis.

• Try to spend as little time as possible wondering why this happened to you, or bemoaning the ways in which your life has changed. The best thing you can do is to take your new situation on board and start moving ahead. There will be times you will lapse and feel sorry for yourself or angry, but I found that looking ahead, not back, to be a helpful goal.

• In my case, silver linings started to emerge quickly. Dealing with our new challenges and making critical decisions together immediately drew Melissa and me even closer together. We were on the same team, working together to figure out what was best. She took on burdens that would otherwise have brought me down. Melissa became the expert on my condition. To this day, I’ve read virtually nothing about MDS—and avoided all the horror stories I would have found on the web.

• Welcome and seek help from your family and friends. Clergy and therapists may also be valuable for some. It is extremely difficult to navigate alone the long, complicated roller-coaster ride you’re about to take. If you’re in a good marriage or partnership, you will come to appreciate it even more. But even if you’re not, people will want to help you. Invite them in. I also found it helpful to talk to a few people who had survived bouts with cancer. Former patients will not be hard to find, and most will be happy to give you the benefit of their experiences. The cancer institute at which you’re being treated may also be able to connect you.

• Finally, one lesson I had to learn was to be more patient. Evaluating and then receiving a course of treatment requires many hours in doctors’ offices and hospitals—often waiting. The easiest way to deal with what felt like large expanses of “wasted time” was, again, to recognize that there was nothing I could do about it. I looked to make the best of the delays, which in my case has meant never going to an appointment without my Kindle. One of the most helpful habits I adopted — initially without conscious thought — was this: I avoided either looking back at all I’d “lost” or worrying about the bad things that might happen. I just strove to live in the present, assuming things would work out. This didn’t mean I was ignoring my vulnerabilities. I was being followed closely by doctors I trusted, and I followed their medical instructions religiously. But unless my doctors told me I had a new problem to address, I assumed I didn’t have one. I took things one step at a time while taking advantage of the silver linings that continued to emerge.

As I’ll describe in future posts, our journey has not been an unhappy one.

With Transplant the Only Cure for Myelofibrosis, Clinical Trials, Patient-Provider Communication Is Key 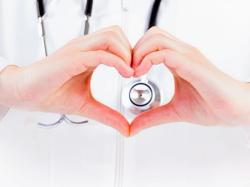 I Wish I Didn’t Need an Oncologist at All, But I’m Thankful for the One I Had
Advertisement