Trine Alma Knudsen, M.D., a Ph.D. student in the department of hematology at the Zealand University Hospital in Roskilde, Denmark, discusses the DALIAH trial, which compared recombinant interferon alpha-2 with hydroxyurea in patients with myeloproliferative neoplasms (MPNs).

Initially, there was a higher percentage of patients in the interferon arm who stopped treatment due to toxicities. However, after about 18 months, the researchers saw that there wasn’t much difference between the two drugs. But according to other studies, Knudsen said, staying on interferon might be worth it, as it may prove to be the superior drug after a longer time on treatment.

Adding Copiktra to Standard of Care Chemotherapy Combination in CLL Could Improve Outcomes, But Not Without Toxicities 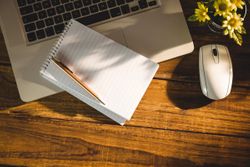 How Expressive Writing Can Help Reduce Stress in Patients with Cancer

Newly Diagnosed with Cancer? Remember You’re 'Not a Statistic'