Debating the Next Steps of the Affordable Care Act Repeal

Stakeholders expressed their concerns and wishes as President Donald Trump continues to move forward in repealing and replacing the Affordable Care Act.

President Donald Trump recently stated that his new plan will offer “insurance for everybody” and that people can “expect to have great health care.” However, many people are still concerned with the if, how and when he can follow through on those promises, and what it will mean for patients in the mean time.

The US Senate voted Feb. 8 to advance the vote to confirm Representative Tom Price (R-GA), a longtime Obamacare opponent, to be the next Secretary of Health and Human Services.

In an interview with Fox News on Super Bowl Sunday, President Donald Trump suggested that a replacement for the ACA may not be ready until later this year or early 2018, because of the time it takes to make such major statutory changes; however, the Speaker of the House, Paul Ryan (R-WI), pledged last week during a CNN Town Hall meeting that legislators will be moving forward with repeal and replacement efforts simultaneously—and expeditiously.

With a focus on repairing immediate problems with the law first, Senator Lamar Alexander (R-TN), chairman of the Senate Committee on Health, Education, Labor and Pensions, issued a statement Feb. 2, noting that the 18 million Americans in the individual insurance market are facing an “Obamacare emergency” and “without quick action, many of these 18 million Americans may have zero choices for insurance next year”:

“The question the American people want to know, particularly if they’re among the 11 million people in the exchanges or the 18 million in the whole individual market, is, ‘What are you going to do about that?’”

At a hearing Feb. 1 of the committee Alexander chairs, Tennessee state insurance commissioner Julie Mix McPeak testified that in August of last year the Tennessee Obamacare exchange was “very near collapse.”

“In my home state of Tennessee, in September of 2016, we woke up one morning and BlueCross BlueShield announced that it was pulling out of Nashville, Memphis and Knoxville,” Alexander said. “That’s 131,000 people who had BlueCross insurance in the individual market. And they wouldn’t be able to buy it in 2017. So they don’t have that option this year.”

He continued, “That’s an alarm bell in every one of those homes. It’s a lot of trouble when you lose your insurance option. And in two-thirds of our counties in Tennessee, people who buy their insurance through the exchanges only have one option now. And that’s true in a third of the counties across the country.”

J. Leonard Lichtenfeld, M.D., deputy chief medical officer for the American Cancer Society, testified before the Subcommittee on Health of the Committee on Energy and Commerce last week as part of a hearing entitled, “Patient Relief from Collapsing Health Markets,” where four discussion drafts of proposed legislative changes are under review: Plan Verification and Fairness Act of 2017; State Age Rating Flexibility Act of 2017; Health Coverage State Flexibility Act of 2017; and Preexisting Conditions Protection and Continuous Coverage Incentive Act of 2017.

He went on to offer principles for Congress to consider that would ensure, “Patients have access to the care they need for their cancer treatment”:

Lichtenfeld also discussed how legislative reform proposals currently before the committee “might impact care and access to adequate and affordable coverage for individuals with cancer,” with a focus on four key concepts: continuous coverage, special enrollment periods, age-rating and grace periods.

The Preexisting Conditions Protection and Continuous Coverage Incentive Act of 2017 will uphold this prohibition as long as the individual maintains continuous coverage (defined as a gap in coverage less than 63 days).

There are many legitimate reasons for gaps in coverage, such as loss of a job (a common occurrence for patients with cancer), divorce or death of a spouse, or moving from one state to another. As Lichtenfeld stated, loss of the protection from the preexisting exclusion policy could make it unlikely for a patient with cancer to be able to purchase health insurance at all.

Special enrollment periods grant the opportunity for individuals with qualifying life events, including divorce, marriage, birth, a permanent move or loss of employer-sponsored health insurance, to enroll in a health plan. These periods are especially vital to patients with cancer because, as mentioned above, these patients can often experience job loss.

The proposed Plan Verification and Fairness Act of 2017 would require individuals to submit evidence of eligibility before being allowed to enroll. This could delay the process significantly, which is troubling for patients with cancer who need coverage for immediate treatment.

Currently, older adults are protected from being charged more than three times the premium charged to younger adults for the same coverage. The State Age Rating Flexibility Act of 2017 would shift the restriction to five times that charged to younger individuals, and would allow states to further raise or lower the restriction. Older individuals, who are more at risk of developing cancer, could be charged with higher premiums.

There is currently a grace period granted to individuals who have missed paying premium for up to three months, allowing the individual to catch up before their policy is terminated. This grace period is kept in The Health Coverage State Flexibility Act of 2017, but only for plans that begin within the next year. After January 1, 2018, the grace period would be eliminated

For patients with cancer, there is often a need for additional time as they try to cover emergency costs. Without the grace periods, individuals could lose health insurance during these times of unexpected medical costs—which is when they would most need their insurance.

Overall, Lichtenfeld highlighted the need to preserve a patient’s uninterrupted access to health insurance coverage and necessary treatment. He also made a point to judge the provisions as potentially combining to work together against the patient, urging the legislators to consider, “how these four bills would interact with each other in restricting patient access to adequate and affordable insurance coverage.”

During a recent informational webinar for patients and survivors, the National Coalition on Cancer Survivorship (NCCS) hosted cancer rights attorney Monica Fawzy Bryant, chief operating officer of Triage Cancer. Bryant offered tips the cancer community can use if they would like to share concerns with their representatives about the impact of healthcare reform.

The group Facing Our Risk of Cancer Empowered (FORCE) also issued an Advocacy Update Action Alert this week with additional suggestions for patients and survivors who would like to contact legislators with their views. 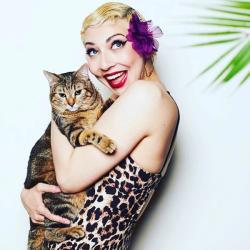 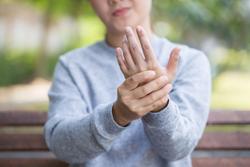