While genetic testing for cancer has some obvious benefits, it also creates ethical dilemmas in many cases.

When it comes to genetic mutations that can lead to cancer, “Knowledge is power. This information can be used to preserve your health.”

That’s the bottom line according to Lisa Schlager, vice president of community affairs and public policy for Facing Our Risk of Cancer Empowered (FORCE), an organization that advocates for people affected by hereditary breast, ovarian and related cancers.

Still, identifying meaningful mutations and using those findings to promote cancer prevention and treatment — without causing harm along the way — will require the nation’s legislative and medical leaders to work through a number of difficult issues, agreed Schlager and two other experts who participated in a recent panel discussion titled “The Intersection of Cancer Genetics, Law and Advocacy.” The April 25 talk at the JCC Manhattan was hosted by the Basser Center for BRCA at the University of Pennsylvania, the law firm Kelley Drye and the organization Judges & Lawyers Breast Cancer Alert.

On the heels of that discussion, FORCE will look again at the issue during a session at its annual conference, set for June 8-10 in Orlando, Florida. During that session, titled “Hereditary Cancer, Insurance and Your Legal Rights,” patient advocate Brendan Bietry and Lara Cartwright-Smith, J.D., M.P.H., an associate research professor in the Department of Health Policy and Management at George Washington University, will discuss the laws that protect against discrimination; the regulations that affect health insurance coverage for preventive services, breast reconstruction and lymphedema; and how to initiate an appeal for insurance coverage.

The FORCE conference will also include sessions on prevention and treatment of breast, ovarian, pancreatic and other cancers; survivorship and previvorship issues; mastectomy and breast reconstruction; communicating about cancer risk with children and extended family members; exercise, diet and hereditary cancer; and using humor to cope.

Genetics on the Job

One concern is what legal protections exist for those who undergo genetic testing and discover that they carry a genetic mutation that predisposes them to one or more cancer types.

The good news is that the Genetic Information Nondiscrimination Act (GINA), passed in 2008, prevents health insurers and employers covered by the measure from using genetic data to exclude anyone, Prince pointed out. Not only does the law prohibit discrimination based on genetic information, test results, the use of genetic services or family history, but it states that employers and health insurers are not allowed to collect that data, she said.

“We have individuals being denied life insurance,” she said. “You have to tell (if you’ve undergone testing and what your results were) or they’ll void the policy, and that’s a deterrent to some for genetic testing.” Some who know they want to be tested may pre-empt the problem by buying their life insurance first, Domchek suggested.

With the introduction of the Affordable Care Act (ACA) came some new gaps in protection, these related to the gathering and use of genetic information by employers, the panelists said.

Under the ACA, they said, employers are encouraged to offer voluntary wellness programs, such as free gym memberships or discounts on health insurance. In conducting enrollment, companies are allowed to request that employees share genetic and other information, and may even sell those facts to outside parties.

Unfortunately, there are no regulations guiding such programs, which means that companies can ask for health information when it isn’t needed to carry out the wellness initiative, Schlager said. She added that, even if companies collect information for wellness programs in the aggregate and make enrollment forms anonymous, a problem can arise at small companies, where someone’s age and gender might give away who they are.

Panelists expressed particular concern about the federal Preserving Employee Wellness Programs Act, H.R.1313, which, if passed, would allow employers instituting wellness programs to request health information from individuals, rather than in the aggregate, exempting the companies from restrictions under GINA and the ACA.

“They still can’t fire you (due to the information you provide), but discrimination can be really hard to prove or recognize,” Prince noted.

Wellness programs are typically administered by third parties. They are often connected with company health insurance plans and can be focused more on saving money for employers than on getting results, the panelists said. In fact, they stated, there’s little evidence that these programs achieve promised outcomes.

“If you get people to stop smoking, that cuts health care costs and is a win-win,” Domcheck said. “The challenge is when these programs move from modifiable to non-modifiable risk factors.” Schlager agreed, saying that, “If we could define what a good program is and what they can do with your information, that would be better.”

“We have to push back,” Domcheck said, “because genetics is not destiny, and should not be treated as such.”

Who to Test and What to Look For

Of course, knowing about an inherited genetic mutation, such as an error in the BRCA1 or BRCA2 genes that raises the risk for breast, ovarian and other cancers, can be lifesaving for someone who takes recommended preventive measures from surveillance to medication to surgery.

In fact, geneticist Mary-Claire King, Ph.D., a professor at the University of Washington, has suggested that all women, at the age of 30, be tested for these mutations, regardless of family history.

But does this make sense from a cost/benefit standpoint? Would it be more reasonable for only women of Ashkenazi Jewish descent to be screened across the board for these mutations, since they face a much higher risk than the population at large?

Or should everyone in the population simply be tested for every known mutation, even if it’s not yet clear what all these glitches can mean to people’s health, or what protective actions can be taken against them?

Domcheck suggested that offering genetic testing for BRCA mutations to people without a family history of breast and ovarian cancers could create problems.

“In families with no history where you find someone with a mutation, their risk may be lower than in families with cancer,” she pointed out. “There are genetic modifiers, other genes that don’t change risk much, but you could have all the high-risk ones or all the low-risk ones. And we don’t know yet how to apply that information to patients.”

Yet, by identifying the mutation, she asked, “What does that do psychologically? In the Orthodox Jewish community, it could affect marriageability, and you may have life insurance issues.”

Those with a mutated CDH1 gene, associated with both breast and stomach cancers, may face an even more dire dilemma. When this gene is found in people with family histories of stomach cancer, preventive care involves removal of the stomach. Should that strategy be used in those who have the mutation but no family history? It’s a decision that might best be avoided until we have a better understanding of genetics, Domcheck said.

“All the doctors at my facility say they wouldn’t be tested for it,” she said, “and I wouldn’t be, either.”

Then there are variants of unknown significance, mutations that can show up in a genetic test panel, but whose meaning to health — if any — is not yet understood.

“We favor reporting it so they don’t find out years later,” when such mutations might be understood and treatable, Domcheck said.

But does that mean that clinicians should share all genetic findings with patients, even when tests are extremely comprehensive? And is that even feasible?

She added that it would be time-consuming and possibly without value to “go through 25 genes in detail” in a conversation with a patient. “What we are expecting patients to understand and decide on is tough,” she said.

Furthermore, what is a health care facility’s responsibility to the extended family members of someone diagnosed with an inherited mutation that can lead to cancer? Should the hospital step in if the patient decides not to share the information? While some other countries allow health care teams to inform relatives, Domcheck said, American hospitals can’t share that information due to privacy laws — although Prince noted that there’s more leeway if the patient with the mutation has died.

Schlager added one further note of caution, in light of the rising use of genetic testing and its growing direct-to-consumer availability.

Patients who are considering genetic testing, or who have already undergone it and want to fully understand their risks and what to do in response, should absolutely “see a certified genetic counselor,” Schlager said. “The value is incredible.” 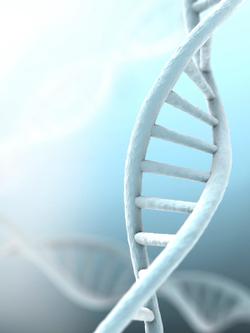 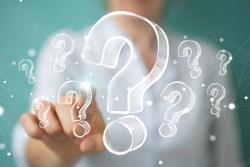 Avoid a ‘Recipe for Regret,’ and Become Fully Informed on Cancer Treatment Choices 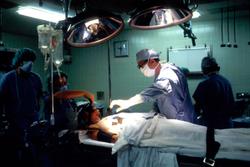