The Food and Drug Administration has approved Keytruda (pembrolizumab) for the adjuvant treatment of patients with renal cell carcinoma, a type of kidney cancer, who are at intermate-high or high risk of recurrence following nephrectomy (surgical kidney removal) or following nephrectomy and resection of metastatic lesions.

The approval comes following the KEYNOTE-564 trial, which evaluated the efficacy of Keytruda in the adjuvant setting for this patient population. Patients were administered either 200 milligrams of Keytruda intravenously every three weeks or placebo for up to one year until disease recurrence or unacceptable toxicity.

At the time of analysis, overall survival was not mature with 5% of deaths occurring in the population.

The most common side effects occurred more than 20% of the time and included musculoskeletal pain, fatigue, rash, diarrhea, itchy skin and hypothyroidism 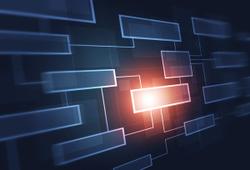 COVID-19 May Increase Mortality Risk in Older Patients With B-Cell Malignancies, Among Others

My Wife’s Attitude Toward Cancer: ‘Why Not Me?’

Melanoma Treatment Results Were So Good, Researchers Ended the Trial