The tablet version of Calquence, which was approved by the FDA for the treatment of chronic lymphocytic leukemia, small lymphocytic leukemia and relapsed/refractory mantle cell lymphoma, may be taken alongside other drugs to reduce gastric-related side effects.

The Food and Drug Administration (FDA) approved a tablet version of Calquence (acalabrutinib) for all the indications that the drug was previously approved for in capsule form: chronic lymphocytic leukemia (CLL), small lymphocytic leukemia (SLL) and previously treated relapsed or refractory mantle cell lymphoma (MCL), according to AstraZeneca, the manufacturer of the drug.

The approval is based off findings from the ELEVATE-PLUS clinical trial, which was made up of three phase 1 studies and found bioequivalence (meaning the same efficacy and safety) between Calquence tablets and capsules. Results of the trial were presented at the 2021 American Society of Hematology Annual Meeting in December.

One benefit of a tablet, according to AstraZeneca, is that it can be taken with drugs that reduce gastric acid.

“Patients with blood cancers like chronic lymphocytic leukemia and mantle cell lymphoma are often older and may face multiple medical conditions that may need intervention, including acid reflux or peptic ulcer disease,” explained Dr. John C. Byrd, chair of the Department of Internal Medicine at the University of Cincinnati, in a press release.

Now, tablet Calquence can be given with proton pump inhibitors, which reduce the amount of stomach acid, antacids and H2-receptor antagonists, which treat and prevent ulcers.

“The U.S. approval of (Calquence) in a tablet form enables co-administration of the (Calquence) tablet alongside a proton pump inhibitor,” Byrd concluded. “This provides another option for some patients with chronic lymphocytic leukemia and relapsed or refractory mantle cell lymphoma, enabling more patients to potentially benefit from this treatment.”

Crying Over a Movie, Cancer and Lost Innocence 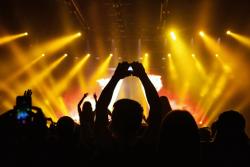