Friday Frontline: An Oncologist Forgives $650,000 in Medical Debt From His Patients, ‘Saved By The Bell’ Star Dustin Diamond Diagnosed with Stage 4 Cancer, And More

From an oncologist forgiving the medical debt of 200 of his patients to “Saved by the Bell” Star Dustin Diamond being diagnosed with stage 4 cancer, here’s what’s happening in the cancer landscape this week.

When an oncologist’s practice sought to collect all patient debts upon his retirement, he made a choice to forgive them instead, erasing $650,000 of bills for his former patients.

Dr. Omar Atiq had practiced as a medical oncologist for 40 years when he closed his cancer clinic in Pine Bluff, Arkansas, but after several months of working with a billing company to collect outstanding payments, he decided to stop reaching out when he realized many of his former patients couldn’t pay. After discussing it with his family, Atiq forgave the debt of about 200 patients.

"I saw patients over the years who just didn’t have anything or who went bankrupt trying to pay for their treatment," he said in an interview. "In many ways it seems like a totally unfair situation." Along with his wife Mehreen, they made the decision around Christmas time, hoping this relief would help patients impacted by the COVID-19 pandemic as well.

After a decade-long ovarian cancer journey, Teri Woodhull, a major part of Facing Our Risk of Cancer Empowered (FORCE), died on January 10th.

Woodhull was a fixture of FORCE over the last decade and was a part of the board of directors from 2016 to 2019. She also launched FORCE’s clinical trial matching program, the first matching tool specifically for patients with cancer who inherited gene mutations or hereditary cancers, allowing many to navigate the clinical trial process to get critical treatment.

Woodhull founded FORCE after her ovarian cancer diagnosis, and testing positive for BRCA when initially foregoing the test. She became an advocate for patients to understand their genetic risk, which led her to volunteer more with FORCE.

“My personal philosophy is that although I did not choose to be on this HBOC journey, I can choose HOW I travel it,” she said in a final statement to FORCE. “I refuse to live in fear of the ‘what-if's’ and choose instead to live with joy and appreciation; and part of that appreciation is choosing to be an active part of this inspiring FORCE community.”

Jakusz, a Wisconsin native, was a well-known competitor on the hit reality TV show “Survivor: Palau”, and even returned to the show for its 10-year anniversary party in 2020. She was diagnosed with a form of squamous cell colorectal cancer in 2017. While Jakusz and her husband set up a GoFundMe for treatment, the two were initially optimistic of her treatment outcome, before her health seriously declined.

“She broke the casting barrier,” “Survivor: Palau” contestant Coby Archa said in an interview on Jakusz's legacy. “Fans related to her story so much. And a lot of people wanted to see her play again for her strength.”

She was initially targeted on the show for her many colorful tattoos but became a standout from the rest of the atypical cast. She is survived by her husband, parents, brother, niece and nephew.

Saved By The Bell star Dustin Diamond has been diagnosed with stage 4 cancer.

Diamond, 44, is best known for his portrayal of the lovable nerd Samuel “Screech” Powers on Saved By the Bell, playing the role of best friend and sidekick. Recently, he was taken to a Florida hospital after feeling unwell, where a test revealed his cancer diagnosis, his spokesman confirmed. He is waiting on further testing to determine the full nature of his cancer.

Diamond was one of the show’s original cast who did not return for the reboot on the NBC streaming service Peacock. Since the release of the show, Diamond has undergone public struggles including filing for bankruptcy in 2001 and being arrested and convicted for his role in a bar fight in Wisconsin. He was placed in a work release program after beginning his four-month sentence and was released a month early for good behavior. 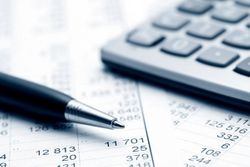 Addressing Financial Burden Up Front After Receiving a Cancer Diagnosis

You May Have Second Thoughts When Receiving a Cancer Diagnosis