This week, well-known antiracism activist and author Ibram X. Kendi, also a stage IV colon cancer survivor, revealed his scars and shared his story through a GQ profile designed to highlight diverse patient populations within colorectal cancer. One of the men featured in the expose is stage IV survivor Paul Rawate who was diagnosed at age 42 in 2018 and is continuing to undergo treatment.

Rawate told GQ that he “Sees his scars as badges of honor and external reminders to keep fighting the disease.” As a friend to Fight CRC, he shared a bit more of his story with us and why he’s a relentless champion of hope.

Fight CRC: Tell me about how and when colorectal cancer entered your world.

Rawate: It was a big gut punch when we found out because it was somewhat of a long process to actually get a diagnosis. I had been having some stomach issues as well as weight gains and losses, yo-yo effects. This caused other serious health problems, for instance I had gained so much weight at one point, I developed serious sleep apnea. I began to address a lot of these issues with my primary care physician, what we now know were secondary issues. My sleep apnea cleared up relatively easily, but then I began to feel a pain in my side, it was really hit and miss but very excruciating. I thought I might have been dealing with something like Crohn’s disease, or some sort of gastrointestinal issue.

I had been going through a process of trying to figure out what was wrong with me for some time, but by the beginning of 2018, I got really sick. I couldn’t move, felt like I had the flu. I was working near the financial district and doing a lot of walking around Boston, but it was a struggle to make it through the workday. I was using the bathroom a lot of times, and I had constant pain. It was tough. Doctors eventually did a scan and saw spots on my liver, they thought I may have had a liver disease.

Later on, doctors expedited a colonoscopy to “double check.” They couldn’t complete it because of a cluster they found. Colon cancer was the last thing we expected. I was referred to oncology and by July 2018, I had a diagnosis. It was a big shock. When it came out to be stage IV, that was an even bigger shock.

How did your family handle the news? How did you handle it?

At the time, my wife and I had a six-year-old son. We had hit a very high point in our careers, and also as a family. We felt very established and happy with our situation, so the news was devastating, especially when it came out to be such an extreme disease. I didn’t have a family history.

It’s tough watching the people around you because they want to be strong for you, but it’s emotionally killing them as well. My resolve got tougher though because watching my family struggle made me find ways to keep fighting and pushing through it.

You’ve been on many rounds of chemotherapy since you were diagnosed, a clinical trial, and you even changed doctors and started going to Dana Farber’s Early-Age Onset Clinic. You’ve also had many setbacks and complications, from a port issue to a blood clot. How have you stayed resilient through the ups and downs of treatment?

It comes from a few different areas. Obviously the support of my immediate family right here in Boston, having my son and wife around—and my mother-in-law next door—it’s great. A silver lining of COVID is that my son’s in a hybrid model of school, so he does go to school in the morning but in the afternoons, we’re together doing homework and playing around. I want to utilize their energy, and having love for them and their love for me drives me.

I’ve got a great support system and people who are praying for me around the globe—everyone from one of my wife’s friends who is part of the Harvard Divinity program to someone at a Buddhist temple in Tibet. I’m Catholic, but I feel like I draw from all different faiths—Buddhism, Hinduism, just other sources of spirituality—that help me find different ways to keep moving forward and stay calm. I think that’s the hardest thing, trying to stay level when you get good information or bad information.

And then there’s also the basics: sleeping, drinking enough water, eating right and trying to use the bathroom normally. Medical marijuana has helped me.

Listen to the special 4/20 podcast we recorded with Paul.

At one point, you also tried a clinical trial. What was that like?

It was going well, but by the time I got to the third part of the trial, it just kind of fizzled. It was doing a lot of damage to my body. It wrecked my endocrine system a little bit and now I have to take a little thyroid pill and I’m back on other treatment. But, those are the offsets they talk about when you go on trials, and you take those risks.

The reason I went to Dana-Farber was the clinical trial. I could have stayed at my primary care physician, but I wanted to exhaust every option available. I could have stayed with my doctor, and I don’t know what would’ve happened in between, but I would have ended up back on the same chemo cocktail. I had the opportunity to try something else because we know what I was already on works. The idea was, “ Hey, how long can I prolong not going back on what I’m on now and maybe find something that would work better instead?”

I had to weigh where my health was at, and if my body could handle it. I’ve been able to handle a lot of different types of treatment. That’s why I went for the potential of a trial. It was a tough process, but I thought, “Hey, if it works for me, it helps a lot more people out too.” I’m just one more success story and it was an added benefit that my participation meant it could help someone else later.

What do you want to say to the world as a patient fighting early-age onset colorectal cancer?

How do we get to earlier detection? We could save on cost and someone’s well-being if we can get early detection, there’s a lot of ways to address this issue where it’s not so severe. If we can find it early enough, there’s much better survival rates, and we all know how those statistics fly. That’s why I feel like making my voice heard and sharing my experience, I want to bring some awareness around looking at systematic changes. Colorectal cancer is relatively common but also, if caught early enough, it’s one of the easiest ones to diagnose and beat.

What gives you hope?

There are people out there that have found some way to continue to live their life and have a normal life with stage IV colon cancer. When you get to this stage, you have to consider it a chronic condition if you want to keep going, you’re an extreme case. I think that that’s the important thing is knowing there’s people out there who have succeeded, people who are living normal lives with it who overcame. That’s a nice little influence and driver.

My natural personality is to keep going. I don’t want to sit still, I want to keep going and keep living. For whatever time I have, I always want to make sure it’s a good time because regardless of the scope of things and the timeline of the world and the universe, we’re not here for a long time, so we might as well make it a good time. Right? 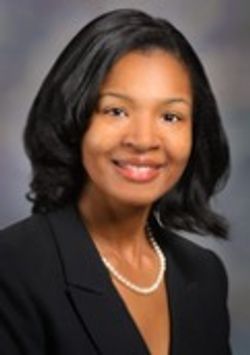 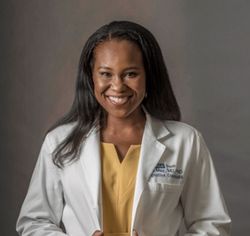