There are certain laws that may protect the medical information of people with genetic predispositions to cancer from their employers and possible health insurers.

When somebody has a genetic predisposition to cancer, they are likely to have many questions about their health. However, they may also be confused about non-medical information such as their ability to access insurance and what their legal rights are.

During the 12th Annual Joining Forces Against Hereditary Cancer Conference, Anya Prince, an associate professor of law at the University of Iowa College of Law, highlighted the different laws that protect the genetic information of people with predispositions to cancer and how this population’s medical needs may be covered by insurance.

Prince explained that GINA can stop certain entities from making decisions that may disadvantage someone based on their genetic information. For example, someone with a genetic predisposition to cancer cannot be fired from a job or denied health insurance based on their medical information.

What counts as genetic information, according to the language in GINA, includes genetic test results, family medical history, participation in genetic research and use of genetic services.

Additionally, GINA also prohibits employers and health insurance companies from requesting, requiring, or purchasing genetic information. Some exclusions in employment include an employer overhearing the information from said person talking to someone else, family or medical leave certificates, and information that is publicly available. For insurance companies, the ruling can be excluded if there is a payment determination.

“Now, keep in mind, that even if employers or health insurers get access to genetic information, they still can’t use it to discriminate,” Prince explained. “And so really those privacy protections that allow you to limit the amount of genetic information that even comes to the employer or to the health insurer is a really strong protection and really helpful for the individual.”

Gaps of GINA include that it applies only to state and local governments, private employers with at least 15 employees, employment agencies, labor organization and some federal employees. And for health insurance, it does not apply to some federal health care plans and other insurances such as life, long-term care and disability. GINA also only protects genetic information, not a manifested disease.

Although GINA does not cover everyting, the Affordable Care Act (ACA) often makes up for those gaps with its coverage and laws. The ACA prohibits health insurers from denying insurance based on a pre-existing condition, such as cancer, which GINA does not cover.

“And so really … GINA and the ACA meet right where you really have a continuity of protection across the whole spectrum, that as symptoms develop, they’re protected by the ACA, but that genetic information is also protected by GINA,” Prince mentioned.

Insurers must cover the entire cost BRCA testing for women who are at high risk, under the ACA, as well as genetic counseling for BRCA. Mammograms must also be free for women over the age of 40 — this does not include diagnostic mammograms. In terms of preventative surgery, there is no mandate for insurers to cover these procedures and the scope of coverage may vary across plans.

Prince also highlighted that sometimes it may be necessary to appeal an insurance company’s decision. Some resources that can help through the appeal step are Cancer Legal Resource Center, the state department of insurance, patient advocate foundations and FORCE. 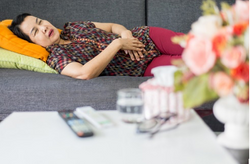 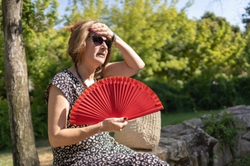 Acupuncture May Ease Treatment Side Effects For People With Breast Cancer 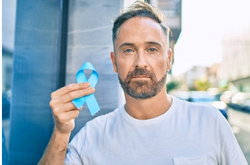